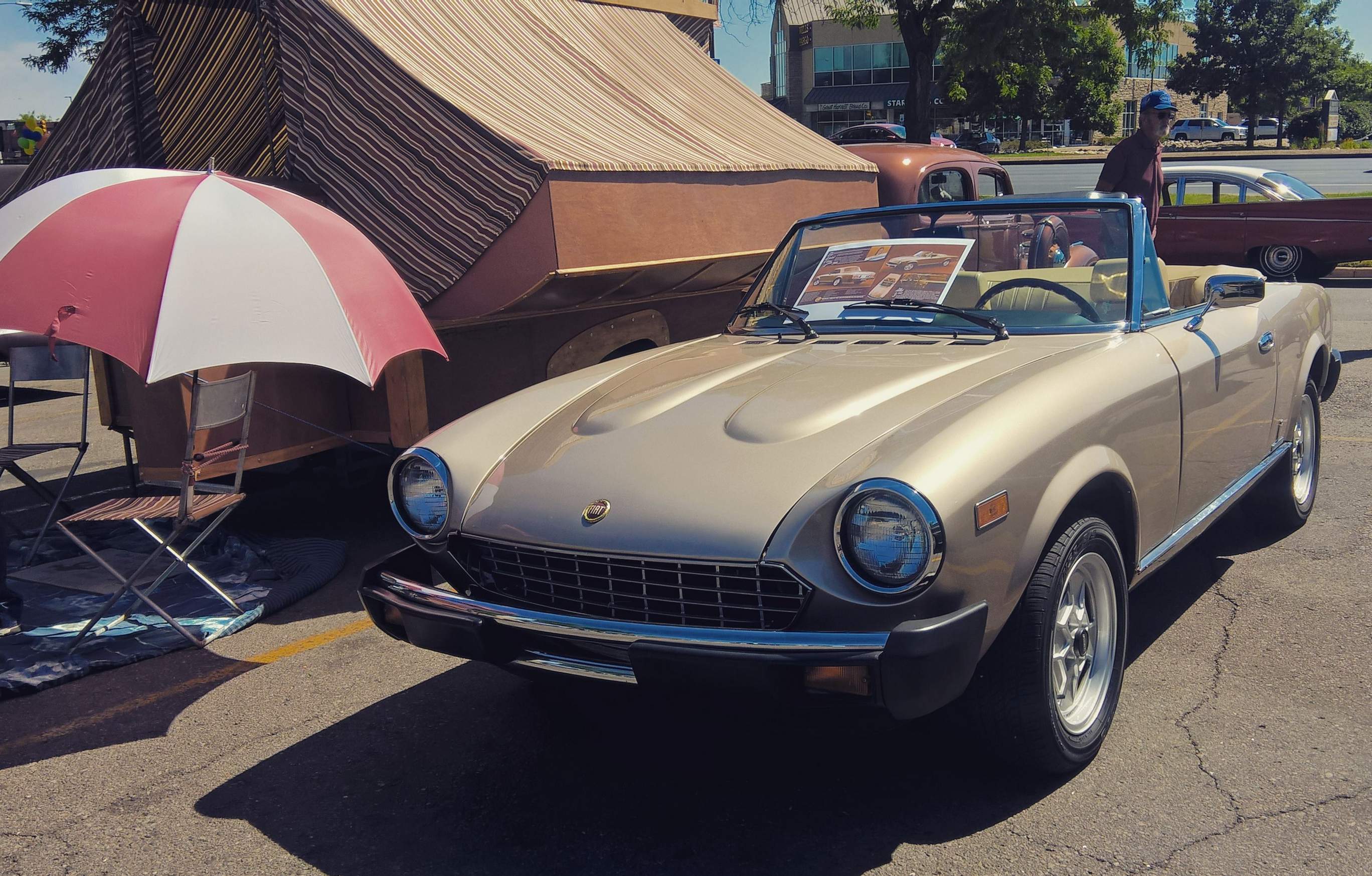 Growing up as an impressionable young lad, there were a couple cars whose visages remained scattered in the ethers of my brain long after I had left the neighborhood. Decades later, I encounter virtual twins of them now and then, like holograms from the 1980s projected into contemporary life. Two of these vehicles were a pair of ocean blue, rubber-bumpered MGB roadsters parked nose-to-nose on a gravel driveway that I’d peer at through the fogged-up windows of the yellow school bus I rode every day in middle school. Another was an immaculate, beige Fiat 2000 Spider in a the driveway of a home exactly a mile down the road from my family home. Most of the time its top was up, but it particularly excited my imagination with its top down.

These cars, coupled with Peter Egan’s Road & Track Side Glances columns, fomented my interest in European sports cars at an early age. So it is little wonder that shortly after my friend Raquel arrived at the Fort Collins Marketplace parking lot where the Cruisin’ ‘N Groovin’ car show was held, I gravitated in the direction of a gold-colored 1980 Fiat Spider. “This was number 500 of 1000 Anniversary Editions built,” said Gary, the amiable owner of the classic roadster.

We talked with him for nearly 10 minutes and he shared a little more history of his car. It was built in 1981, but Fiat had sold it as a 1980. In subsequent years (1983-1985), the Spider was marketed under the Pininfarina badge instead of Fix It Again Tony’s. While that arrangement may seem unusual, it was not inappropriate as the Italian coachbuilder had designed and manufactured the vehicle from the outset. In fact the Anniversary Edition was to celebrate Pininfarina’s 50th year as a carrozzeria.

Gary owned the car for four years and spent almost all that time doing a ground-up, frame-off restoration. It was certainly one of the nicest Fiat Spiders I had ever seen and my favorite rolling piece of art at the show.

There were maybe 50 other cars at this venue, the majority of which were American iron (or in the case of the white and grey seventh-generation Corvettes, carbon fiber), both old and new. Some of the vehicles that caught my eye most are shown in the photos below. There weren’t nearly as many cars as at, say, the Fort Collins Old Town Car Show, but the quality of autos was up there with the best of them.