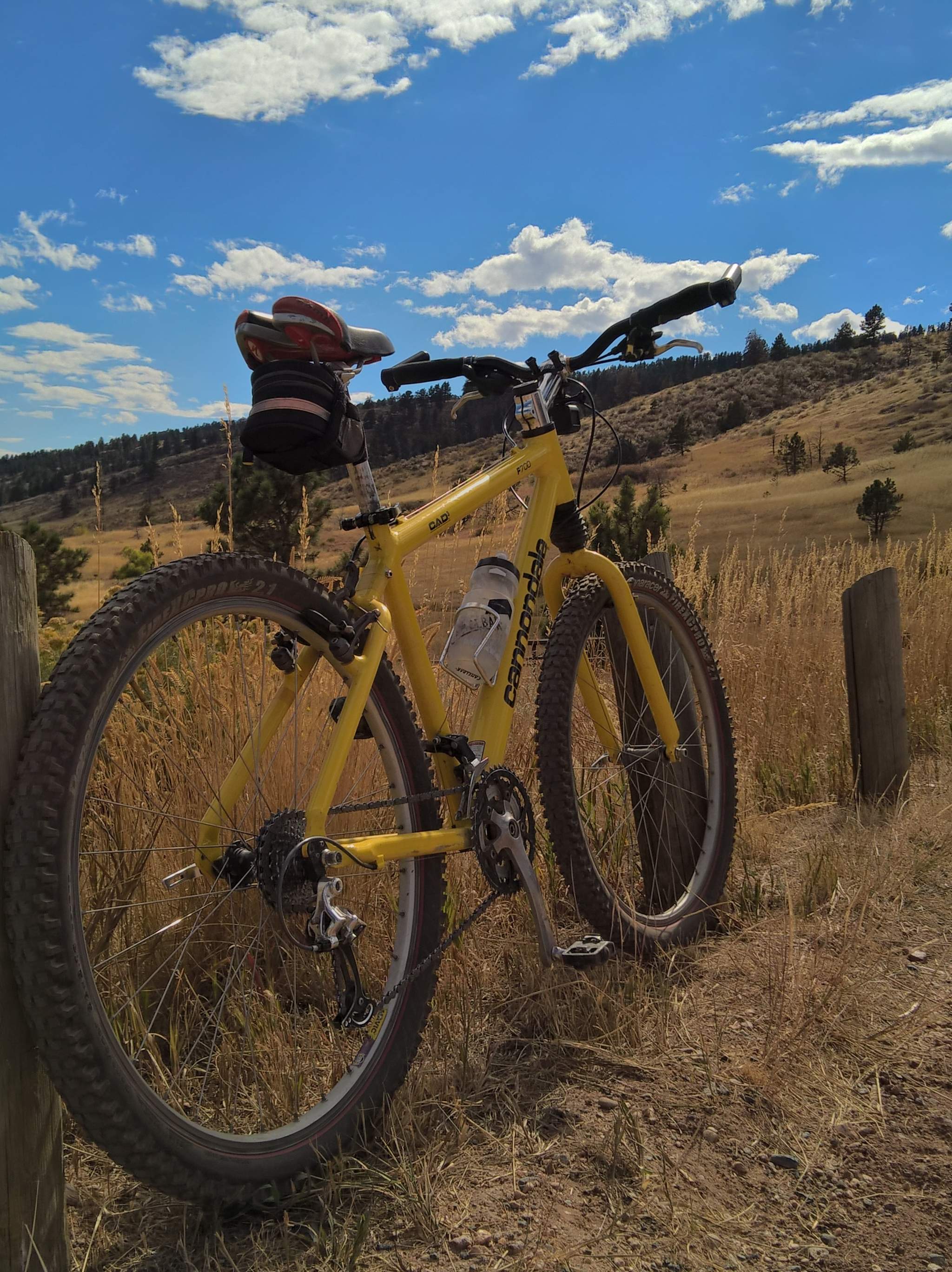 In September, my friend Ron Michaels came up with the idea of a bicycle ride around the Horsetooth Reservoir as a way to raise funds for Breast Cancer Awareness Month. He dubbed it Round the Rez. Below are complete details on the ride.

Exactly one week to go until the ROUND THE REZ bike ride! If you are up for a challenge next Saturday, read on.

Also known as “The Dam Cancer Ride” because it traverses three of Horsetooth Reservoir’s dams along the hilly Centennial Drive AND it will raise money for the Susan G. Komen Foundation. October 1st is also the start of Breast Cancer Awareness Month. There will be prizes for the fastest times submitted and other goodies. More on all of this below.

IT’S FREE! This is both a “race” and a “ride” and is unique due to the fact there are no fees, registration, start/finish lines, timing, aid stations, swag, or even official routes. You are responsible for your own safety, well-being, and common sense. Water is available at a few spots on the west side of The Rez.

70% PAVED AND 30% DIRT. Another unique feature of this event is that it is a mix of all terrain: silky-smooth flat pavement on the south side (CDOT just finished paving), the quad burning uphills and quick descents of Centennial Drive, gravel grinding on the Lory Park Road, and roller-coaster singletrack in Horsetooth Mountain Park.

WHEN & WHERE TO START: Whenever you want. Wherever you want. But you must do the ride on Saturday, October 1st and you must circumnavigate the entire reservoir. You can go clockwise or counter-clockwise, starting from wherever you choose. Cyclists must start and stop their timing devices at the same location upon return to their chosen start location.

THE FASTEST ROUTE: It’s just over 18 miles with over 2,000 feet of climbing. A sample route starts at the Spring Canyon Dam going clockwise heading south on CR 38E to Shoreline Drive to the Soderberg Trailhead. Then onto the Swan Johnson and Shoreline Trails into Lory State Park connecting with the South Valley trails and onto Lory Park Road. North of the Visitor Center, it’s back on pavement onto CR 25G, then south on CR23/Centennial Drive. If you don’t like that route, make up your own.

WEAR PINK: Yes, even the fellas. Wear something in the official colors to honor the survivors and those that have lost their lives to this terrible disease. Give a wave to anyone wearing pink that day.

PARKING: If you start on the east side, there are a few free parking lots. On the west side, you’ll need parking passes at Blue Sky, Soderberg, and in Lory State Park (about $7 for a day pass). Support our local parks and avoid tickets by paying the nominal fee.

RESULTS: Everyone is on the honor system. Please submit your time and a selfie/photo/video on the course by midnight October 1st. I’ll compile a list of all finishers by the following weekend on my Facebook page; go to “Ron Michaels”.

PRIZES: Anyone finishing in under 2 hours and can prove it (Strava, etc.), will get a free loaf of my wife’s world-famous banana bread PLUS I will personally donate $20 in your name to the Susan G. Komen Foundation (a dollar a mile). She is starting her annual “Banana Bread For Cancer” fundraiser that day. p.m. me for information to donate or any questions about the ride.

THE FASTEST TIME: The fastest time of the day will also win a Bluetooth desktop mini-speaker donated by the Larimer Humane Society, and bragging rights on social media and Strava! There is no official Fastest Known Time (FKT) for this loop on Strava or anywhere else for that matter. So whoever has the fastest time on Saturday is the current record holder.

I mapped what I believed to be the fastest rideable course on gmap-pedometer.com. I tried to come up with the shortest overall distance with the maximum amount of pavement.

Here is a YouTube video of my rides showing which bike was the victor!

It was much harder to ride on the gravel section than I anticipated with the Super Bike as the roads in Lory State Park turned out to have a fairly deep layer of sand and gravel. I really did not want to fall over and fracture my elbow again like I did two months ago (especially since it is now healed), and therefore avoided leaning the bike even five degrees since doing so gave me the sensation that the tires were starting to slide/plow through the sand. This meant it was hard to make any steering corrections, and there were a few times I had to greatly slow or come to a complete stop in order to avoid careening off the road. Thus, it should not be too much of a surprise that I ended up losing 3:50 over these 2.3 miles to the mountain bike in this section.

Pavement—especially rolling or hilly pavement—is where road bikes excel and thus the Super Bike made up 6:16 over 13.2 miles—or 28 seconds/mile—on the mountain bike.

I spent 18 seconds releasing some of the air out of the tubeless tires on the dirt single-track section, which turned out to be more costly than I thought!

The mountain bike was able to surmount being down by 2:26 when it reached the single-track, and held on for a 31-second victory +/-20 seconds. I put in that tolerance because for the Super Bike, I was timing with my phone (because I forgot my Microsoft Band 2) and thus some seconds were counted at the beginning and end (to start and stop the phone and to put it back or out of my pocket) that should not have been. On the other hand, Strava might not have counted the 18 seconds that it should have when I stopped to release air.

Finally, if you look closely at the Strava data, the starting position between the two bikes were a few feet apart—enough that Strava though the distance the Super Bike went was 18.1 miles versus the 18.0 miles for the mountain bike.

Ultimately, then, you could say the bikes basically finished in a dead heat.

I was particularly proud that the mountain bike—which I considered the underdog—managed to hold its own enough on the pavement, and was also rather amazed at how well the Super Bike was handling the singletrack. (Not so much the gravel, though.)

If I had to pick which one I would use for another try, however, I would definitely pick the mountain bike. It was more fun especially since it felt much less dangerous.

Ron reported that about a dozen cyclists participated in his challenge, and three folks finished in under two hours. The two other guys who did so included Mike Weber at 1:21:53 and Rick Turley at 1:38:37. Thus, I had the fastest times of the day and, for now, the Round the Rez record.

I feel my times are definitely beatable as there are so many great cyclists out in Fort Collins with stronger legs, better handling skills, and more guts downhill and off-road. We’ll see what people can do next year!

Thanks to Ron for organizing this event and to his wife Jill for making banana bread for taking up this cause for Breast Cancer Awareness.

Thanks to those who donated to the cause. I will be making a donation to the Susan G. Komen foundation too.

Thanks to the following for the music used in the video:
“El Fuego” by Polyrhythmics
“Night Radiance” by Maxim Kornyshev
“Rivers and Mountains” by The Losers