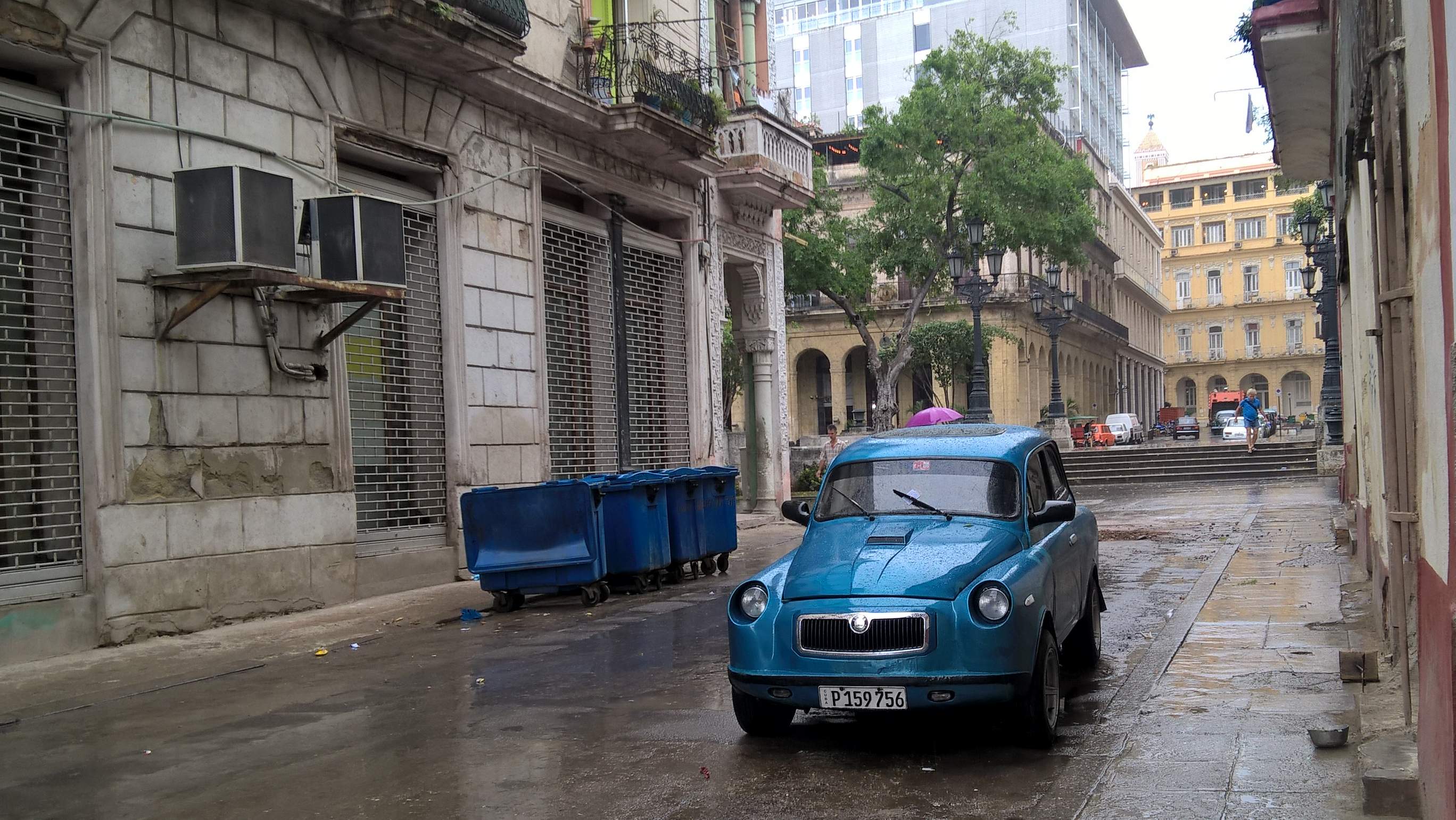 We had just emerged from the José Martí International Airport into the warm tropical air of Havana when I got my first surprise of my trip. While there were some old cars roaming around the arrival areas, it was not like I had just emerged from a time machine into the 1950s or 60s. In fact, amongst the smattering of Russian Ladas from the 1970s and some hatchbacks from the 1980s, it seemed like there were more new cars than the postcard-perfect, 60-year-old almendrones I had seen in articles about the communist island. Many of the official government taxis—easily spottable by their universal yellow and black paint schemes—were swoopy Hyundai Sonatas made in the last three or so years, for example.

I was particularly surprised to see all these new vehicles because Cuba had restricted car imports for 50 years. Then, when this ban ended in 2013, a modest Peugeot or Volkswagen could easily cost $75,000-$250,000 USD: a price tag unaffordable to a middle-class family in even the richest of First World countries, much less that where the average monthly salary is something like $35.

But it wasn’t until about a half-hour later when we started to see much more of the vintage chrome-laden Detroit iron that has been long associated with this country that has been under a U.S. embargo since 1958. This is when we started meandering away from Terminal 3 of the airport when we realized that Alex’s friend Matt who was flying in from Newark, New Jersey was going to land at Terminal 2. The journey, we quickly realized, would be about a mile. Normally I do not think that any one of us would have had a problem walking that distance, but by this time it was 85F and Matt’s flight was due to land in about 10 minutes. So we decided to take a cab.

The first one we came across was a blue Chevy sedan from the 1950s: a sterling example of the Cuban almendrón I had read about. Almendrón literally means almond tree, but the word has been affectionately afforded to the seemingly indestructible old cars here which keep on going and going. Their heavy-gauge carcasses and cast-iron internal combustion engines are kind of like the hard, unbreakable kernels of an almond, so the thought goes.

It is pretty amazing how the Cuban people have kept these cars going without an influx of OEM replacement parts due to the embargo (General Motors has probably long stopped making spares for cars from the 1950s anyhow). The scarcity of resources has made the people be extra, well, resourceful. For example, the vintage-auto-turned-private-taxi that we were about to climb into had a plastic molded dash that must have come out of a 1980s sedan. It definitely would not have garnered a golden trophy at a Concours d’Elegance but typified the mish-mash of parts that kept Eisenhower-era imports on the road.

“¿Cuánto vale?” Alex asked the taxi driver about the fare after indicating our destination of the second airport terminal. “Diez [ten],” replied the man. Alex turned to me and I said “no,” shaking my head. I had read such a ride should only incur a cost of $1-2, although admittedly what I read was written two or three years ago. With an influx of American tourists, prices since then have undoubtedly gone up. Still, $10 for one mile would be steep even for the U.S. So we declined and started to walk.

The driver then held up five fingers to indicate only $5. “OK,” we said, satisfied that we had been given a 50% discount with minimal effort or negotiation. Later during our trip, there were times we still got duped into paying tourist prices, but this early encounter gave us a blueprint into how to settle upon fair, or at least fairer, rates.

Below are car photos I took during our five days in Havana. As you can see, there are plenty of modern machinery represented in this gallery. The car marques I saw in Havana can be summarized as follows:

I also saw one new Ford Flex wagon but it was parked right outside the U.S. Consulate. It was the only new Ford I had seen during my time in Cuba.

The biggest surprise was seeing all the MGs here—particularly the sporty MG3 five-door hatchback. I saw more here in Cuba than in China, where MGs are now manufactured by Shanghai-based SAIC Motor. There were also a few examples of the larger MG5 five-door hatchback and MG6 sedan.

Unfortunately, I did not see any vintage British-made MGs like the MGB, MGA, or MG TC. I found that ironic considering how Cuba is the land of preserved post-war cars, yet its situation is reversed from the United States where we only have classic MG sports cars but no modern MGs.

Thanks for the tip, Pavel! I have updated the caption now. ↩ Reply