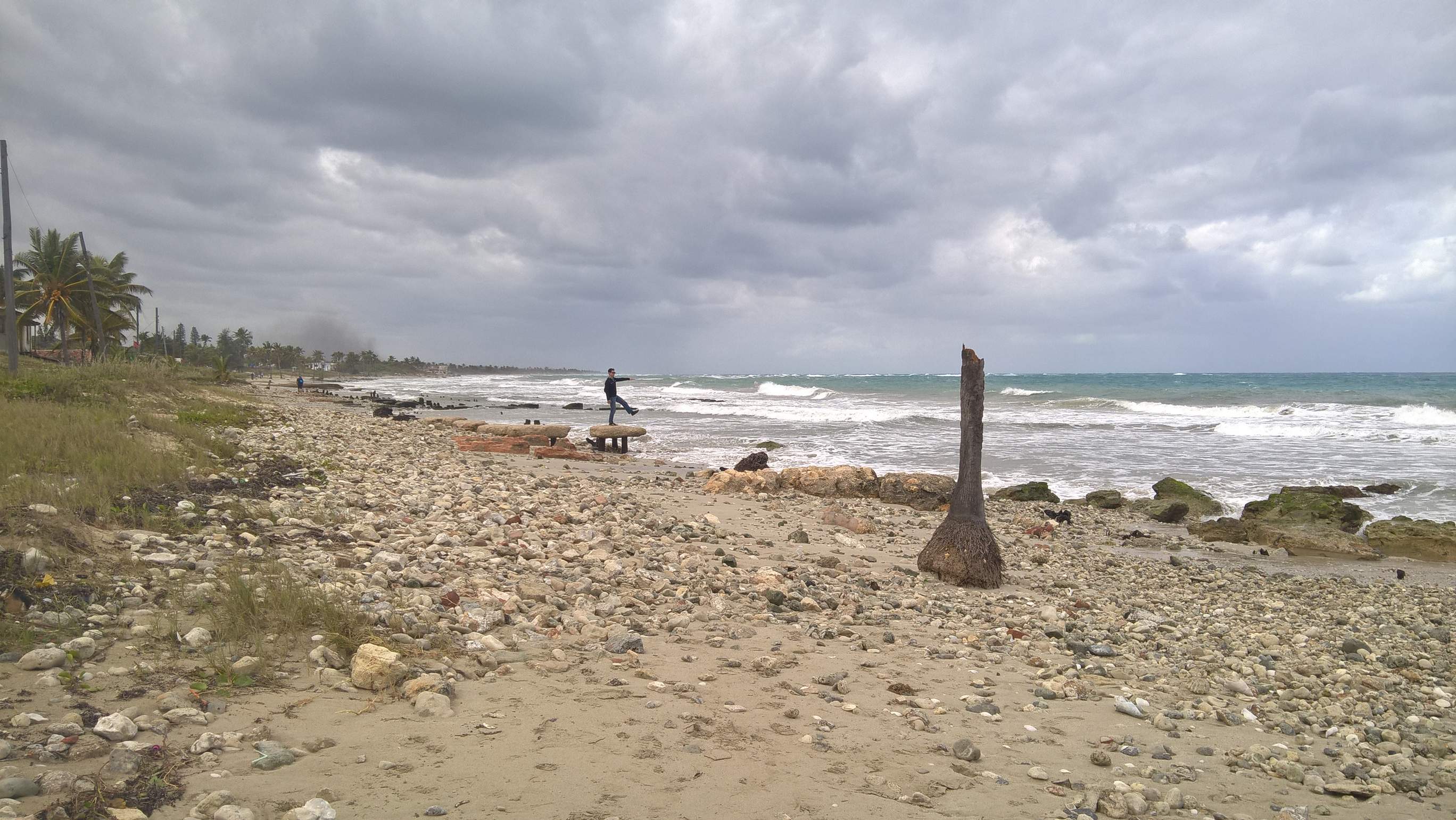 The night before we had attempted to go to the TripAdvisor-proclaimed “hipster spot of Havana”—La Fábrica de Arte Cubano—without success as the FAC turned out to be closed for renovations until February 3, 2017. But a good thing happened while a Brazilian man boldly try to negotiate a way in on behalf of the 18 or so folks eagerly waiting outside: we got some advice from other tourists. One of these tips was from an amiable Russian woman who had been to the town of Guanabo the day before. “We took a collectivo from a park near El Capitolio, and the beaches were nice,” to paraphrase what she said.

So the next day we took one of these collectivos to Guanabo. (It would have been 8 CUC total for the four of us with stops, but we ended up paying 10 CUC for no stops so it was much like an old taxi.) Guanabo is a small town about 18 miles—or 30 kilometers—east of central Havana and a comfortable distance away from the hustle and bustle of the big city.

The first order of business was to refill our stomachs, which we did at the Guajiro outdoor restaurant. After a satisfying meal of fried plantains, fruity milkshakes and ham and cheese sandwiches, we wandered over to the ocean.

There was not an established tourist beach like at Las Playas del Este, and I wondered if locals would mind that a bunch of gringos were wandering behind their homes to immerse themselves in the ocean waves. But as Alex pointed out, in this communist country none of this land was private and this was perfectly fine.

Indeed, a few other folks—I am not sure if they were locals or tourists—came to hang out and meander through these areas too and even snap a few selfies. Other than them, though, there was no one here. Just as we liked it.

We spent a whole afternoon in this relaxed town before heading back to central Havana.