Author’s note: While I first wrote this post in January 2017, I continue to update it to reflect the current, changing conditions. Last update was August 8, 2017.

One of our first orders of business upon exiting the José Martí International Airport in Havana, Cuba was exchanging western currency for Cuban Pesos Convertibles (CUC). This is especially important for Americans because it is nearly impossible to withdraw CUC from ATMs or CADECAs (casas de cambio, or currency exchange places) using U.S. debit or credit cards. And even if you are not an American, most transactions are conducted in cash—although you might be able to use a non-U.S. credit card at some of the more touristy establishments if you are lucky.

Some websites such as WikiTravel.org we had read before our trip said that exchanging dollars for CUC—which usually trades at about a 1:1 ratio—incurs a 10% penalty at the CADECAs.

It seems like the U.S.-Cuba relations keep changing, and there has been lots of questions among U.S. travelers about this surcharge. Below are the experiences of myself and others I had heard from about it.

Is there a 10% “penalty” for exchanging USD for CUC?

From January (maybe earlier) to May 2017: No penalty

Before going to Cuba in early January, we thought (from articles on the Internet) that there was a 10% penalty to exchange U.S. dollars for Cuban Pesos Convertibles. Therefore, before we even hopped on a plane, we exchanged dollars for euros at Wells Fargo, believing we would get more favorable exchange terms in Cuba.

We were kind of dismayed, then, when we tried to exchange EUR for CUC, and discovered that the exchange rate in that direction was only 1:1.007 EUR:CUC. (Per the Internet, we were expecting 1:1.08, for a difference of over 7%!) In addition, it appeared that the rate for exchanging dollars for pesos convertibles was 1:0.96850 USD:CUC (expected was 1:1). This did not seem like the big penalty we were expecting. This is what the CADECA at the José Martí Airport listed on their external displays (January 2017):

(Multiply the numbers by whatever currency—EUR, USD, or CUC—you have in hand to get the desired currency.)

In fact, there did not seem to be a penalty for exchanging USD for CUC and vice-versa during that time. Per my friend Leanne who went to Havana in March 2017:

USD conversion was definitely better. It was .9_ at the airport. And in town it was .96 or .93 depending on whether or not you had large bills. No transaction fee.

She would later add:

In May 2017, Lindsay, a reader of this blog who came back from Cuba that month, concurred:

We took American Currency and found much better exchange rates [than what outdated web sites were warning about]. We were able to find 94 CUC to 1 USD. Very very good exchange rate.

Therefore, during that time period, I recommended not exchanging dollars for euros before going to Cuba—just exchange dollars for CUC straight up.

However, in June 2017, the new U.S. president reversed many of Obama’s late-2016 Cuban policies. This basically reverted U.S. travel restrictions to Cuba back to pre-late-2016 policy. Notably, it makes “Americans who [now] travel under the Obama administration categories of permitted travel subject to a Treasury Department audit.”

Clearly, this will have a cooling effect on U.S. travel to Cuba. And since the U.S. reimposed their travel restrictions, it would not be surprising if Cuba reimposed their 10% penalty on USD-CUC conversions.

In fact, reader Erik Trogden—who traveled to Cuba in summer 2017—reported that he was definitely charged a 10% penalty:

10% penalty to exchange USD for CUC still exists. Period. (AUG 8, 2017). I just got back and tried every legal angle possible to avoid fee.

Exchange rate is 1:1 (although I don’t recall how it was listed in print).

3% fee for converting any currency

They quoted the rate at 0.87 as if to include penalty and fee all in one. Not sure what was posted.

When departing, they charged 3% fee at airport, but no 10% penalty.

I don’t know anything about the penalty ever actually being lifted. Most of the intel on the web matches my experience.

Therefore, you may want to consider exchanging US dollars to euros or Canadian dollars before you go to Cuba, and then exchange that currency for CUC, to avoid the 10% penalty.

Thanks to reader Jeff for the following tip:

I returned from Cuba about a week ago. We spent 3 nights in Vinales & 4 nights in Havana. It was a great experience and I cannot wait to return for a third time.

Strangely enough my friend was able to convert 1 USD to 0.96 CUC with no 10% tax at the hotel lobby of the 5-star hotel Gran Hotel Manzana Kempinski next to Parque Central on one particular day, the day before I asked if I could convert euros and they said that it was only for hotel guests. It’s a bit of an oddity when it comes to changing money in Cuba.

I do not know whether there was an advantage (like a better exchange rate) in doing the conversion in Swiss Francs instead of euros. But a takeaway from this is that if you must exchange USD for CUC, you may be able to avoid the 10% penalty by doing the exchange in some hotels.

The Two Types of Currency in Cuba

So I already mentioned one type of Cuban currency: the Cuban Convertible Peso (CUC), which is essentially worth as much as a U.S. dollar. But most locals use Cuban Pesos (CUP). One CUC is roughly equivalent to 25 CUP.

Some, but not all, establishments will charge locals one price in CUP, but tourists a totally inflated price in CUC. The worst I saw were some of the government tourist destinations such as the Fortaleza San Marcos a la Cabaña. Admission was 8 CUP for locals, but 8 CUC for tourists. That’s a difference of 25 times.

We did encounter many little restaurants that would do fair conversions. Sometimes it is difficult to do the math in your head since you would need to multiply or divide by 25, so don’t be afraid to use the calculator on your smartphone for transactions.

How Much We Spent

Airfare for our trip (from Denver to Havana and back, with a layover in Charlotte, in January 2017), was $350 on American Airlines per person. A Cuban visa cost $85. (A Cuban visa is very easy to acquire. In the days after you book your flight, the airline will email you the name of their agency to acquire a visa from. In my case, it was Cuba Visa Services, and it took only two minutes to apply online. Then the visa was FedEx’d to me within a few days.)

Then, Maureen and I went to Cuba with 490 EUR between us and came back with 130 EUR after 5.5 days. (I did pay in advance for two nights at our second casa particular, however, so USD$70 was not factored into the math.) However, we didn’t go completely crazy with buying drinks and we also frequently had lunch or dinner at authentic, local restaurants. We also managed to acquire some CUP even though I think the Cuban government wants tourists to use CUC exclusively (or primarily). Having CUP made it easier to pay local prices without getting ripped off.

All costs below are representative of Havana in January 2017.

Bathrooms with attendant (most of them) 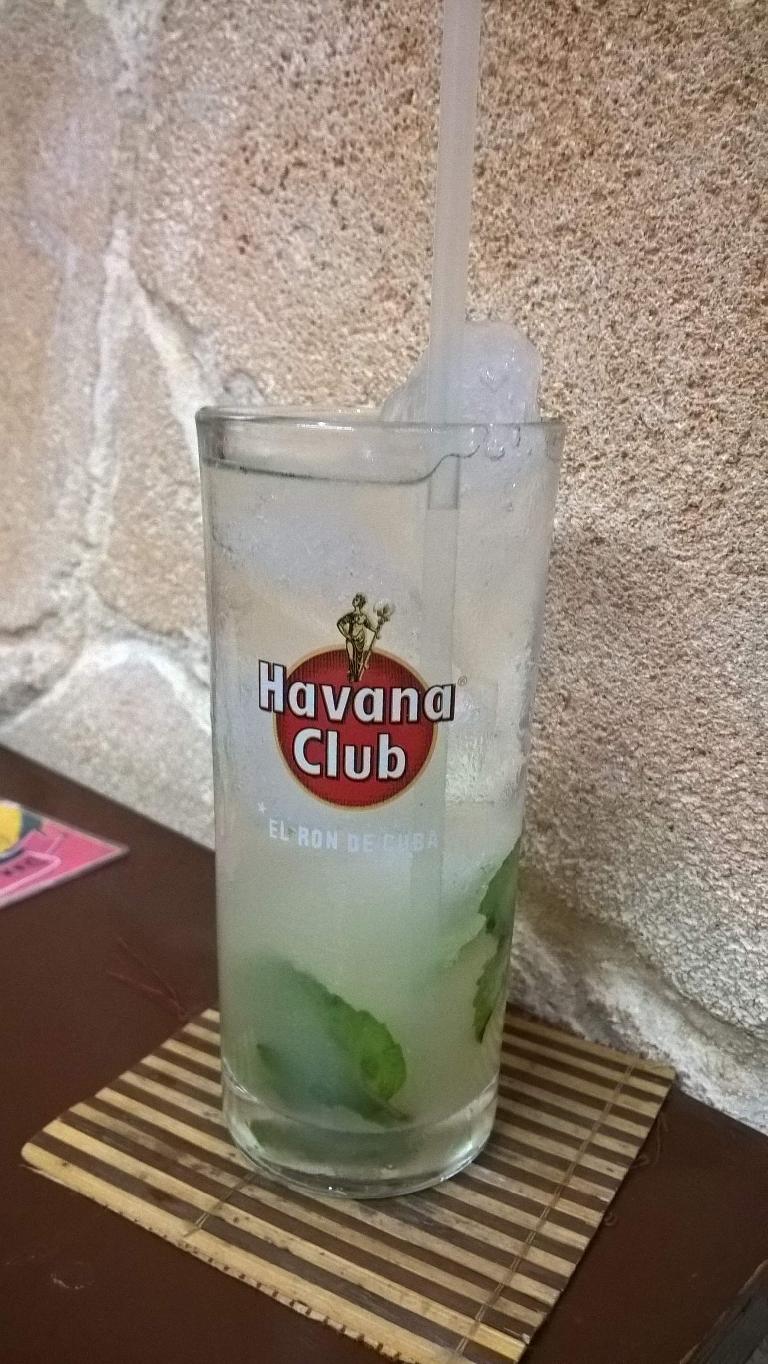