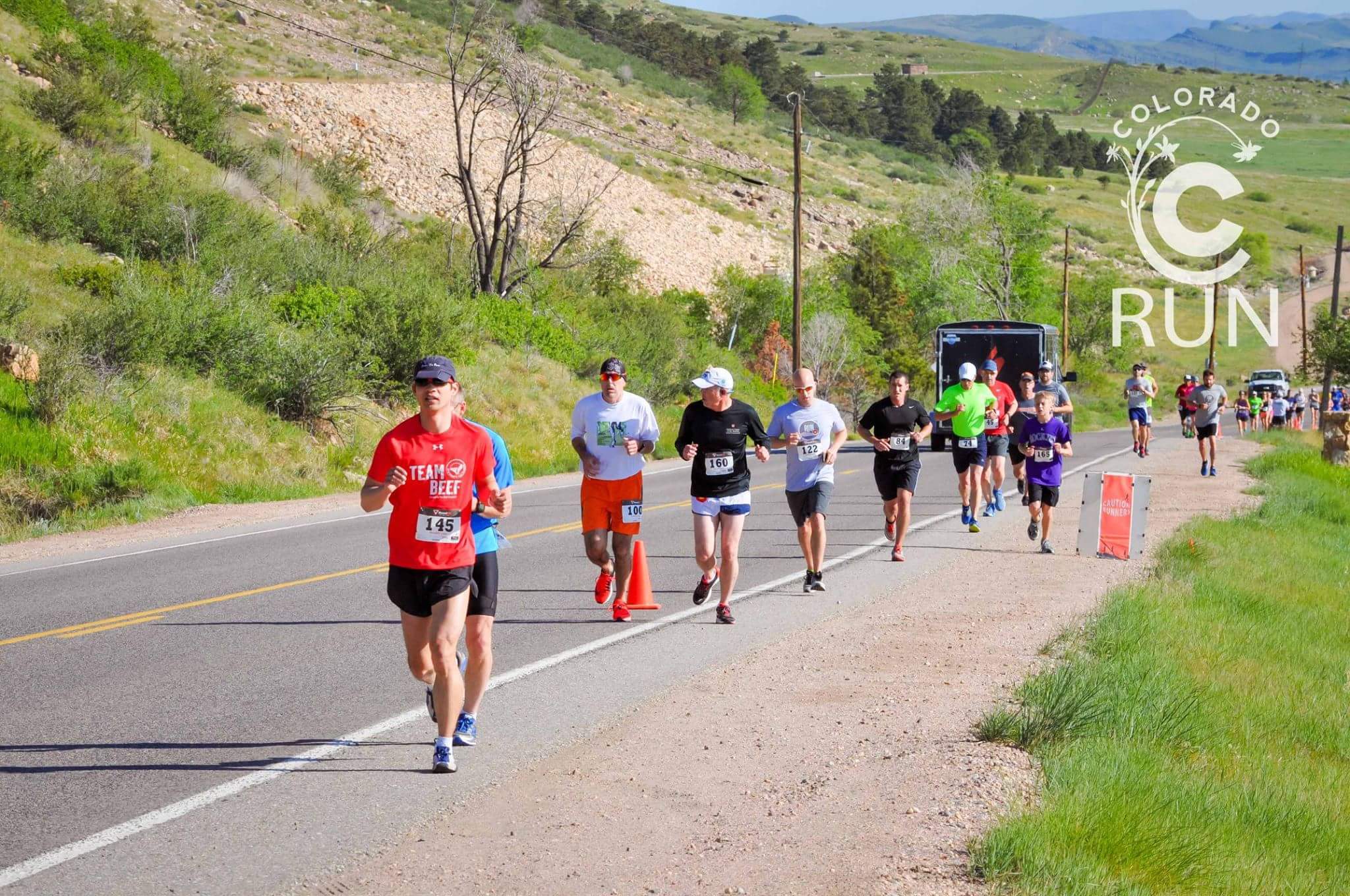 “I’m not going to push today,” Mercedes Gill said to me as we smiled at each other. Mercedes is a top masters runner in Fort Collins whom I have gotten close to but have never beaten in a race, despite she being 14 years older than I. Her declaration was almost word for word what I was telling other runners on this Memorial Day.

I’m not sure why she didn’t care to obliterate any lungs today, but I had a couple of reasons. First, this race was only 36 hours after finishing an extreme quadricep-testing double century, and although my legs were much less sore than I expected, it stood to reason that they were going to be able to propel me with less quickness than normal. Second, with the course profile resembling a teepee from Miles 2-5, I really wasn’t keen on giving a gut-busting effort. During this long weekend, I had already asked enough out of my legs.

So, I lined up midway towards the back and after the race commenced, I was barely running sub-eight-minute-per-mile pace for the first mile, even though it was tabletop flat. As the course rounded a corner past Hughes Stadium and began an upward trajectory to what I have described to people as “the steepest switchback in Fort Collins,” my pace slowed even more. The second mile passed after eight minutes, 37 seconds.

But one thing I noticed was I was breathing much less hard than everyone around me. By golly, my legs were feeling surprisingly good! Despite having those 202 cycling miles in my legs from the weekend, the legs felt no more fatigued than after, say, the eighth mile of a marathon. Therefore, after making a sharp left turn to head south on Centennial Drive, I decided to pick up the pace a little.

My friend Melody, who was handing out large letter F’s to runners at that corner, egged me on. “Go Felix! I don’t care if you biked 200 miles on Saturday; get the ‘F’ up the hill!” She didn’t have to tell me twice. From that point on (Mile 2), I started reeling runners in.

There was still another mile to the top of Maniac, but both respiration and leg muscles felt fine despite picking up the pace. My friend Terry, who was taking official photos for the race, yelled out my name. Subsequently, I wore a big smile all the way to the top of the climb.

So this is how it feels like with a proper warmup and not starting a race too quickly, I thought, thinking back to the Horsetooth Half when I was in a great deal of hurt by the top of Monster Mountain due to taking off like a jackrabbit at the start. While I am sure that I started this race too easily for an optimum time, it served as a good reminder of the importance of pacing yourself wisely in the early goings to not blow up too early.

After I crested the top of Maniac, I was still smiling as I knew that the next couple of miles were downhill. I caught and passed several more runners here, although after now looking at the GPS data—which showed a moderate pace of 6:30/mile—I should have been able to run even faster considering the descent.

I cruised through the sixth mile at seven-minutes flat. Being able to see the finishing chute from a quarter-mile out helped me sprint the last 300 meters, finishing with a final time of 47:52. This would tie my personal record for slowest 10-kilometer run, but considering how I took the first couple miles easy and how hilly the course was, I was pleased. Still managed a pace of 7:47/mile and a place of 27th out of 184.

As for Mercedes? She finished nearly two minutes ahead despite confirming that she indeed was not pushing. Looks like I may need to wait for her to get a few years older before I can truly challenge her. The problem is during that time I will be getting a few years older too.