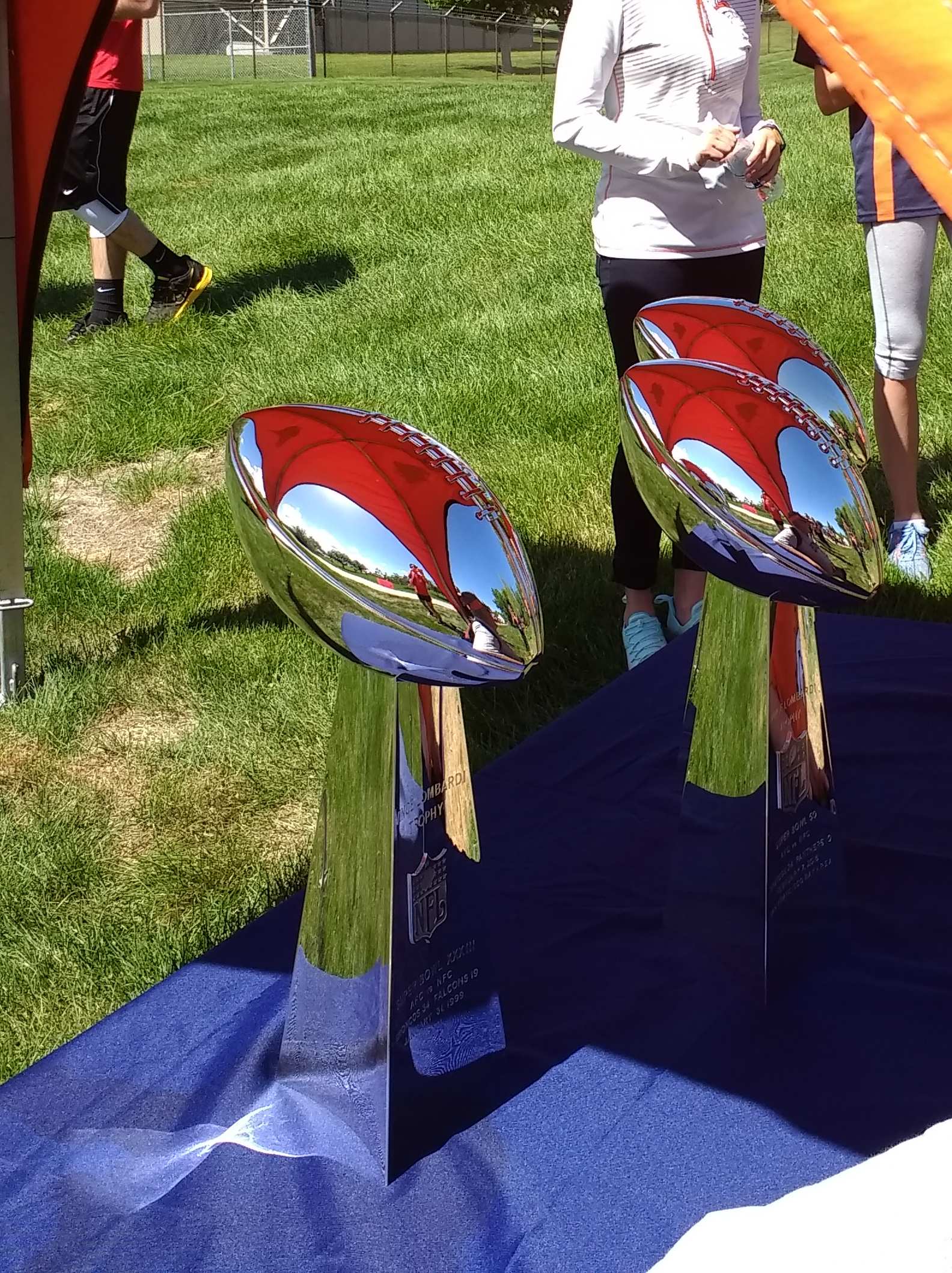 You could say that an athlete named PJ saved me from my own folly.

Today, you see, I was going to run the Broncos 7k as an all-out time trial, a test of truth. In the five weeks since the Horsetooth Half Marathon, I have put in some good miles on the bike but not many on my feet. During that time, be it on wheels or soles, I rarely felt like I was giving anything close to even 80% effort. Part of the reason for such lackadaisicalness was to enable recovery; another was to avoid physical overtraining and mental burnout. Whatever the case, today I felt an obligation to race the Broncos 7k flat-out, even if that meant suffering around the golden farmland only a discus throw from my house and exposing how truly slow I have become due the lack of speedwork.

But moments after I decided I was going to run hard from the start, Chris H. came up to me and asked, “Felix, Athletes in Tandem needs one more runner. Would you be up for it?”

Athletes in Tandem is a local non-profit organization that pairs able-bodied athletes with challenged athletes. Depending on type of race—swim, bike, or run—the former either tows or pushes the latter so they can participate as a team together. Challenged athletes typically have some sort of genetic disorder or physical condition that prevent them from competing on their own.

I had run with Athletes in Tandem before and knew what needed to be done. Of course I was up for the task, which entailed pushing a stroller containing PJ, a nice guy with Angelman Syndrome.

In addition to having PJ’s pleasant company, running with him had the side benefit of taking some time pressure off. Pushing a stroller almost always slows the runner down. How much depends on a multitude of factors such as stroller design, the pushed person’s weight, runner traffic, number of turns, gradient of the roads, and experience with the stroller. But based on my limited experience, I would say the time penalty for me is usually at least 30 seconds per mile.

It could be even more if you begin behind all the runners as PJ and I did. In this race of almost 700 people, there were four starting waves. Initially I registered to start in the A (first) wave, but when I got set up with PJ, it was too late to try to squeeze our way up there. Besides, it looked like everyone else pushing strollers (e.g., containing babies and children) were starting in the D wave. Never mind that the organizers in the Broncos 7K were allowing the challenged athletes to start before everyone else! I did not realize this until it was too late, so Team PJ and Felix started literally last.

After crossing the start line, there was too much jogger traffic to go faster than walking pace for the first 200 meters. After that, there was a little bit of room to pass runners. That’s exactly what we did.

In fact, we would trot and roll past other participants all race with no one speeding past us in return. This was rather fun for me, and I’m pretty sure for PJ as well!

Maybe it was for a few other participants too? “Just when I think I am doing well, a stroller passes me,” a runner said to me midway through the race, chuckling.

Anyhow, PJ and I made it through the 4.3 miles with a grin on our faces. We even had enough left for a 300-meter sprint, although a few turns caused some deceleration.

Somehow, we even managed to finish 29th place overall despite averaging nearly eight minutes per mile. I think we made a pretty good team. Thanks, PJ!

About the Rest of the Event

This race was largely a public relations event by the Denver Broncos, which explains its name. If you didn’t already have fun during the race, you were surely bound to afterward especially if you are a Broncos fan.

I encountered my friend Raquel after the run and from there we got our pictures taken with Miles the Mascot, a Broncos Fever sign, and the Broncos’ three Super Bowl trophies. Then we met a few Broncos players—namely, Vontarrius Dora, Kyle Peko, Corey Nelson, and (I think) Dillon Day—who kindly gave us their autographs. This reminded me of the time Maureen and I met TJ Ward nine months before he became a Super Bowl hero. (Unfortunately, Maureen couldn’t make it out this time due to field work in North Carolina, so I sent her a photo of “some people who know your friend TJ.”) Go Broncos!

Post-race festivities also had plenty of free fruit, water, GoGurt (yogurt packs made by Yoplait for McDonald’s), and live music. Participants also received a medal, T-shirt, and lots of coupons for free McDonald’s food such as premium salads, premium chicken burgers, fruit and oatmeal. (There was also a coupon for free fries if the former sounds too healthy for you.) A ton of value was provided for the entry fee and this was positively one of the most entertaining and convivial running-related events I have ever been to.