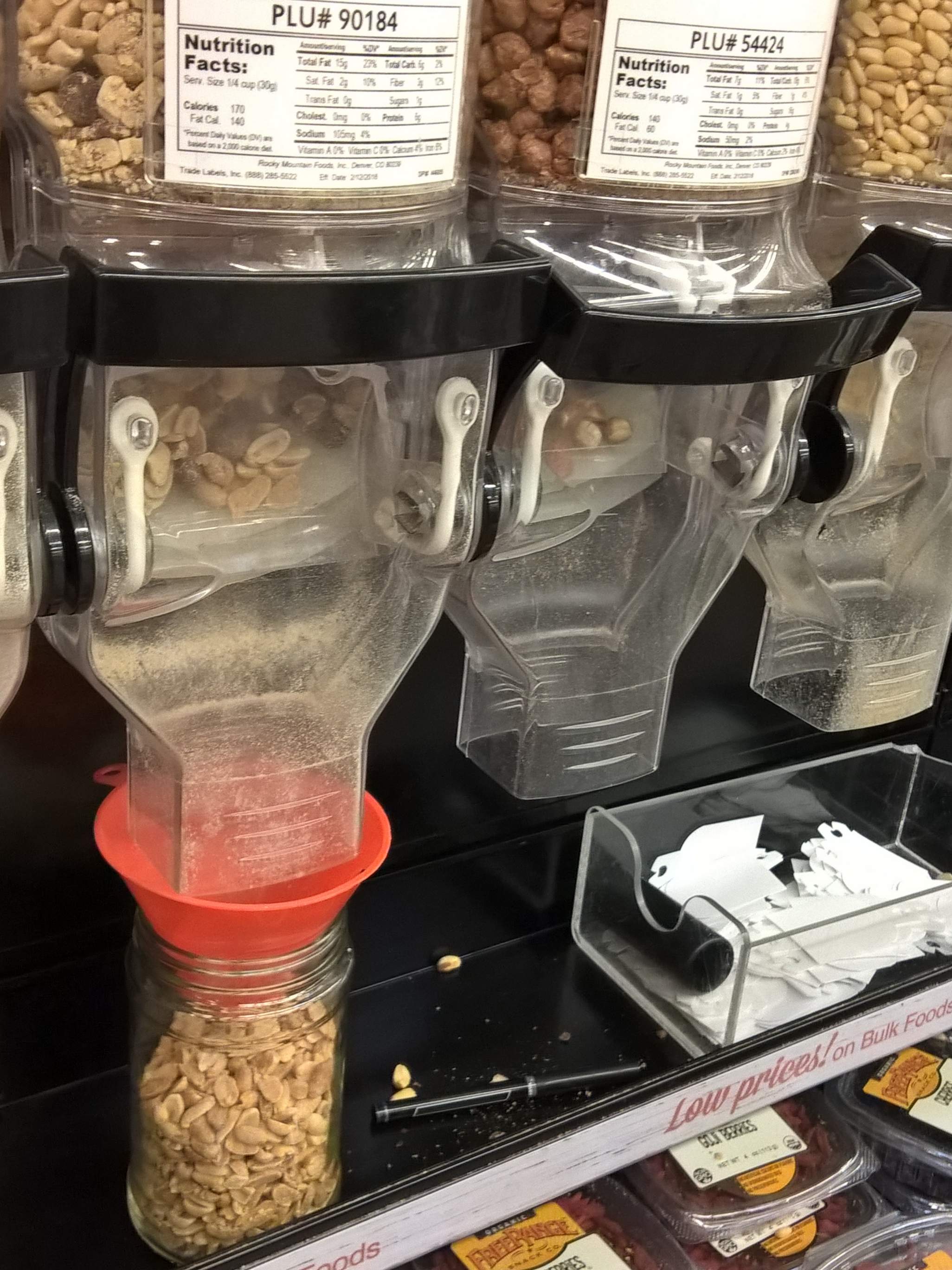 For almost a whole decade, I have minimized the amount of discards to the point where I usually do not have to bring out trash to the curb more than once every two or three months. But late last year, I decided I should be able to do better. Or rather, much better, if you were to look at Bea Johnson as an example.

Who is Bea Johnson? She is a French-born, Marin County resident who wrote a popular book entitled Zero Waste Home that launched a worldwide zero waste movement. Her whole household, which includes a husband, son, and dog, generate no more than a quart-sized jar of garbage each year. Her mantra is refuse, reduce, reuse, recycle, rot—in that order. By following those five R’s, she has been able to virtually eliminate having anything that gets sent to a landfill. In addition, she also has very few things that needs to be sent out for recycling.

Why is that appealing to me? Less impact on the earth, optimization of resources, and minimalization/simplification of chores (e.g., no trash to take out). She also pointed out in her book her family actually ended up saving a lot of dollars after the changes.

Seeing what was possible, in December I decided that I would strive to have a zero waste home in 2017. I am not there yet, but have taken a number of steps to get there.

Below are the steps I have taken so far and what I have learned in this zero waste quest.

Below are some of Bea Johnson’s ideas and practices, which I jotted down either because I thought they were novel or interesting or simply good ideas.

I’ve been doing most of the above now, except where noted.

The following are a few ideas I came up with.

Bringing glass jars in for bulk items has probably been the biggest change I’ve made this year. It means less plastic bags to recycle.

Instead, I’ve been using Adam’s (brand) Natural Peanut Butter jars—the large ones. Their labels are easy to remove by soaking in water for 10 minutes and then using a blunt edge like a fork handle. They are of a constant diameter all the way up and I can get four fingers in there to clean the inside with a sponge.

On the jar tops, I’ve stuck on circular labels from vinyl contact paper I was leftover from 2011’s Furnace Creek 508. (The contact paper was excellent for signage on the crew vehicle.) On the label, I permanently marked the jar’s tare weights with ink. I bring a pencil with eraser to write the bulk codes on them.

Regarding stores where you can bring in your own jars for bulk items, I’ve found that this is absolutely no problem in Sprouts and the Fort Collins Food Co-op as it’s no big deal to the cashiers. (I imagine it would be no problem in Whole Foods as well.)

I’ve also done it in King Soopers—which is a large supermarket like Kroger’s, Safeway, or Albertsons—but once it flustered a cashier. Another time, the cashier didn’t bother to subtract the tare weight until I asked him too.

So if you bring in your own glass jars to a place you are unsure of, I’d suggest keeping an eye on the cashiers to make sure they subtract the tare weight of the jars. It’s also best to do this during non-peak hours.

A Note About Subway

For a franchise that purportedly prides itself on environmental leadership, the Subway closest to me was an egregious offender of putting sandwiches into plastic bags willy-nilly. For dine-in customers, there is absolutely no reason to have a bag since the sandwich will be taken out of them within 60 seconds. I would argue for take-out customers, the bag is usually unnecessary as well. Yet, the cashiers would automatically bag the sandwich.

In fact, during the first few weeks that I started telling them “I don’t need a bag,” the cashiers would often forget three seconds later and then apologize for their muscle memory. But eventually, the cashiers got used to it.

I still have to usually remind them I do not need a bag, but at least nowadays the whole concept doesn’t seem foreign to them anymore.

For well over a year, the local newspaper company (The Coloradoan) was littering my driveway once (or occasionally, twice) a week with their “free” weekly paper called Ticket that consisted of two pages of articles and 20 pages of ads. I called and emailed them numerous times to stop that practice to no avail. (Note: from 2006-2015, I had successfully gotten them to stop tossing papers at my house by calling them whenever they resumed doing so.)

Ultimately, I got them to stop by putting out the following sign on my driveway, and also calling them out on social media such as Instagram and Twitter.

I revised my sign now. Hopefully THIS works! #stoplittering #coloradoan

I am happy to say that since doing that at the end of last year, I have yet to receive the Ticket. Not only has it kept my recycle bin a lot emptier, but I no longer have to stoop down and pick up their litter from the driveway every week, or have to recycle the newspaper bags!

It makes me think that plastic bags are not nearly as “evil” as Bea Johnson makes them out to be? I still try to minimize usage and acquisition of them, though, to have less to recycle.

I think (but am not sure) that the plastic water bottles and milk jugs you recycle at trash collectors’ curb-side recycling programs are down-cycled into other plastic items that cannot be recycled again. If that’s the case, plastic bags are more eco-friendly than other plastic items.

I have greatly cut down on the amount of trash and recyclables, but I still need to do more to have a zero waste home.

I intend to implement some sort of kitty litter composting system in the future. And my friend Tori has been successfully making cat food herself and sent me instructions on how to do so, but warned me that every time she does so, it takes her a couple hours. (She makes a huge batch once every three weeks.) So mainly because of the time commitment, I am still buying and recycling cat food cans for now.

(Note: from what I understand, wet cat food is much healthier than dry cat food, which is why I have been getting canned cat food in the first place. This is something I may need to investigate further.)

If I can do all the above and have a truly zero waste home, I could even eliminate trash services altogether. That will be a goal for 2018!

Way to go Felix - really impressive to see this! New York seems to be reasonably diligent and progressive on recycling but I think the big offenders are still the consumer electroncis manufacturers with all their annoying plastic clamshell/claw packs! ↩Reply