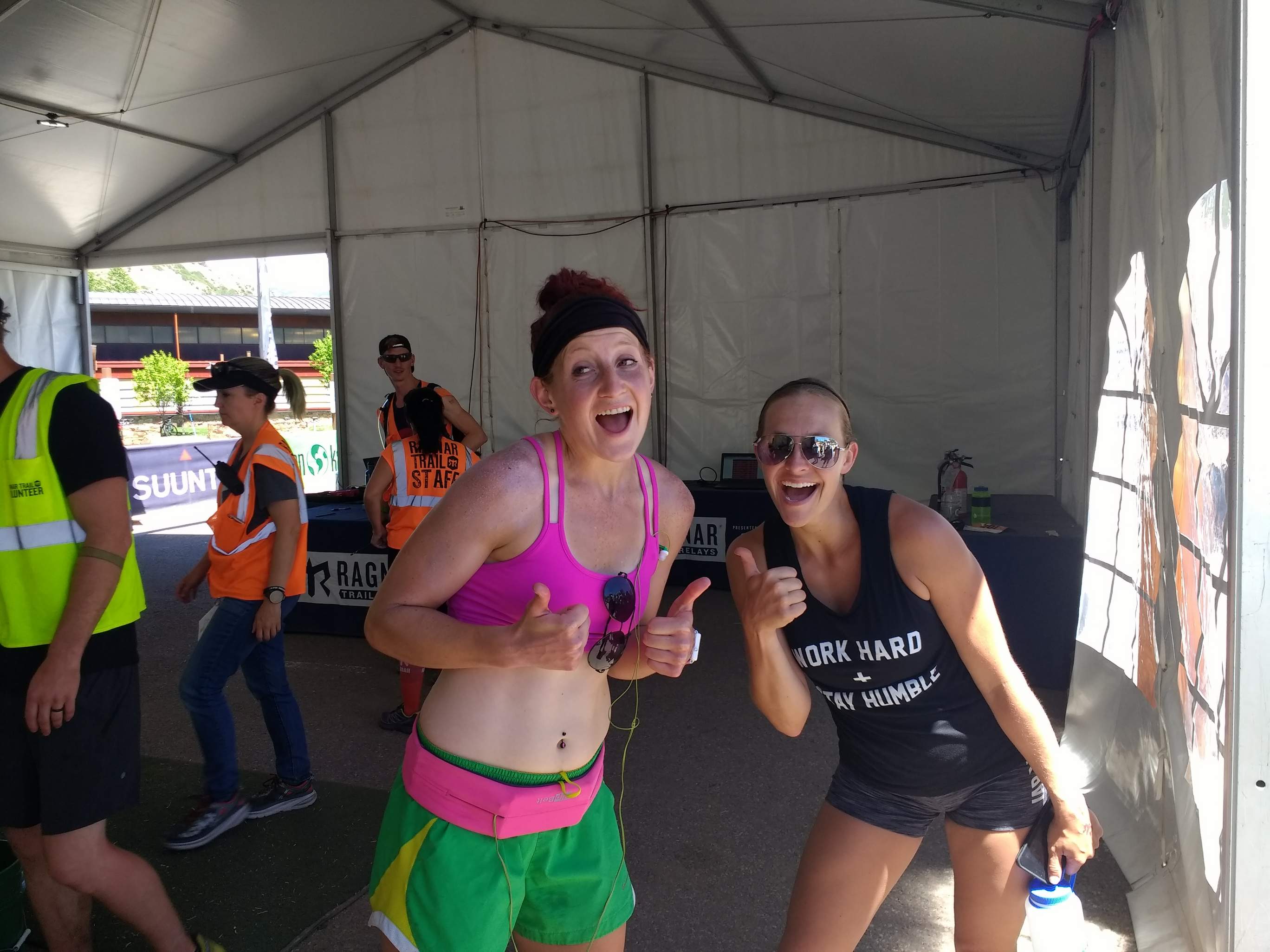 Previously, the most times I have ever run in a 24-hour period was three. This included last year’s Ragnar Angelfire Trail Relay. But this year, Alissa, Jonathan, Krista, and I signed up for an ultra relay team at Snowmass (near Aspen, Colorado), which meant that each of us needed to run six loops of 4-6 miles for a collective total distance of 117.

“It’s going to be interesting to see how our bodies do, sleeping on a few hours between legs,” said Jonathan, an 11-time finisher of the Leadville 100 and also a finisher of a double Ironman when he was almost 60 years old. “I’ve never done that before.”

Neither had I. Indeed, Jonathan was lobbying for us to do two consecutive legs, effectively giving each team member three legs of 8-10 miles to run with more potential time for sleep in between. However, the rest of us voted for original six-run option. I’m not positive how Jonathan ended up feeling about that decision, but I did notice that while napping after his fourth loop of the day, he was loudly muttering “Oh mercy me!” several times in his tent.

Was he sleep-talking? “Probably,” he later confirmed.

Below is a recap of how the runs went.

I started running at 4:40 p.m. with the temperatures in the mid-to-high 70s. Knowing that if I were to race this loop too hard my body would be paying for it in the later legs, I was intent on holding back and pacing myself. Although this loop was rated “moderate” in terms of difficulty, it was essentially all uphill from a half-mile in to its midway point before switchbacking down a mountain.

But on the way down, I ran a little harder than I initially envisioned so that I would not get passed. “I think I got a little too competitive on the downhill,” I later admitted, already a bit fatigued. In fact, I passed about 15 people during this leg and no one passed me.

This loop looked like a monster on paper. The first 3.4 miles climbed 2100 feet, followed by a descent of the same altitude difference. Remembering the similar-looking red loop from Ragnar Angelfire last year in which my legs and lungs were nearly blown way too early during the climb, I ran at an effort that did only required an inhale or exhale every three steps until near the top.

A result of this was for the first time in a Ragnar race (going back to last year), someone caught and dropped me. But I was not fazed and maintained the steady and easy pace. I was pleased that despite the low effort, the ascending, and (after two miles) dirt single track, mile splits for the first four miles were between 10:40 and 11:18.

“I felt better on the red trail than on the yellow one,” I reported after the run, “mainly due to taking it so easy on the uphill.” The views of Snowmass Village below were spectacular, too. This was easily my favorite loop of the run.

The green loop was supposed to be the easiest. Still, it had significant uphill, and it was also the first loop I had to run in the dark.

It also turned out to be my least favorite loop. I was sight limited as my forehead-mounted LED headlight—while bright—was not giving me adequate depth perception. (My other teammates were smart, using both head-mounted and handheld lights.) Not only did this slow me down, but worse, my right foot tripped on something on the downhill and I fell upon both wrists and my left knee. The wrists were fine (I fell hard enough that breaking a wrist could have been possible for someone with more fragile bones), but the left knee was bloodied up.

After that fall, I exercised an overabundance of caution on the downhills especially as fatigue set in. In subsequent legs there would be many people who would pass me on the downhill, but I decided that I was not going to risk taking another tumble and getting seriously injured.

Back to the yellow trail, but this time at night. I ran very conservatively throughout all of the singletrack, and had so much energy when I encountered pavement that I was running 6:40/mile the entire final half-mile. Yet I was 10 minutes slower than the first time. The good thing was I was still feeling pretty good afterward. And then I had only two more legs to run, both in daylight.

My legs were certainly more tired than the first time I ran this, and thus each of my mile splits were about 30 seconds slower on the uphill and 60 seconds worse on the downhill. Not too bad. I was pleased to finish this leg only five minutes slower than the first time.

Final leg! I was lucky to be able to finish with shortest, easiest loop. Still, it had plenty of up- and downhill and the footing was the most treacherous of the three (relatively speaking, as it was not that bad). But it was also in the heat of the day, in the glare of direct sunlight.

I continued to run extremely conservatively on the downhill, but at least when I was in sight of the finishing tent I was able to sprint. Afterward my legs were definitely tired, but I was done!

The Rest of the Team

Alissa, who ran the Boston Marathon earlier this year, was our star runner. I was able to equal her splits on the yellow and red trails early on, but after I took the fall and running super cautiously afterward, she was easily posting the best times for our team.

Alissa and Jonathan were also the most consistent. It seemed like no matter what loop, temperature, or time of day it was, they were always running the same pace.

Krista developed a knee problem that made it hard to even walk after her third leg. Yet, she was a real trooper and never complained. She was also resolute that no one was going to have to run additional legs. She went out and had to walk much of her fourth loop, but she managed to run her fifth leg so quickly that she ended up waiting at the end of it for 8 minutes for me to arrive since I was not expecting for her another 20 minutes or so. “I discovered that if I kept my left knee straight, I could run on it,” she explained.

Aside from that hiccup, we had another one: between Loops 19 and 20, the “0.5 miles to go” timing mat was not functioning reliably. This resulted in Jonathan not knowing that Alissa was coming in, and she had to wait eight minutes as well. Thus, if all had gone smoother, we could have finished 16 minutes earlier. (It would not have affected our placings in any way, however.)

Before the race, I came up with a spreadsheet with predictions as to when each of us was going to come in, and remarkably, when Jonathan finished the race for us at 3:21 p.m. on Saturday—or 23 hours, 21 minutes after we commenced—it was only three minutes after the 23h18m time I had forecast. Predictions don’t get much better than that!