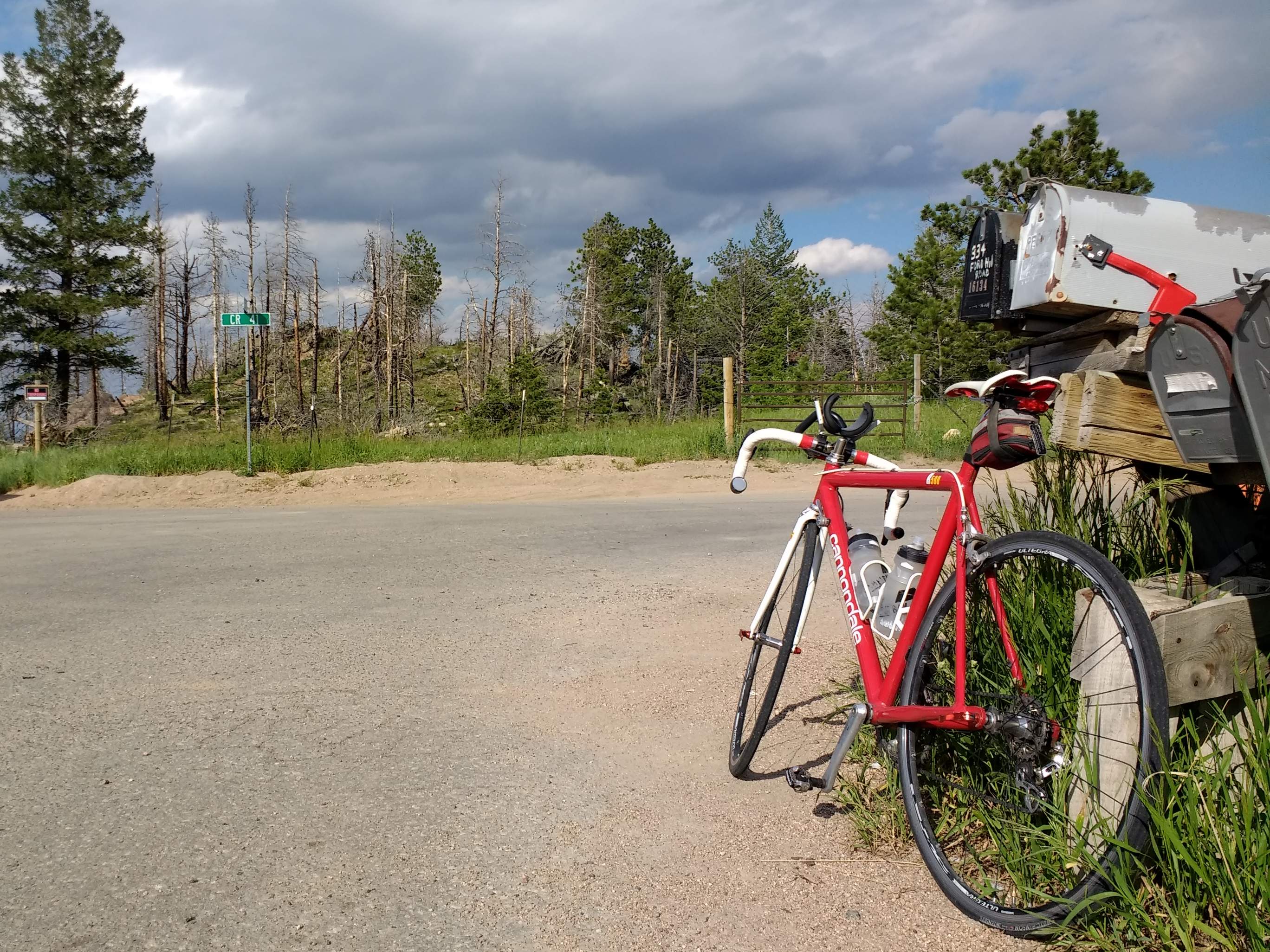 I’ve been fortunate to have lived near some long, skyward-pointing roads during the last 24 years to do some quality bicycle hill-climb training. On the San Francisco Peninsula near Palo Alto, for example, there are three classic ascents of moderate length (3-6 miles) and steepness: Old La Honda Road, Page Mill Road, and Kings Mountain Road. In the East Bay, Mt. Diablo, Mt. Hamilton, and the seriously steep Sierra Road are within a century ride’s distance of each other. And in the northern Front Range of Colorado, there’s Left Hand Canyon, St. Vrain’s Canyon, and Rist Canyon.

Rist Canyon is the closest one to my house in Fort Collins at only 11 miles away. Climbing 2900 feet in 11 miles when ridden from the northeast, it doesn’t put an inclinometer into the red until the very end, but is relentless. Its summit can also be approached from the south, giving you a 2600-ft. climb over 15 miles that is less steady but includes a lot of punchy, quad-burning hills along the way.

On this Saturday in late June–just a few days after the Solstice—I wanted to do an all-day endurance ride and decided that riding up Rist from both directions in one day would make for an excellent workout. I started late in the morning and took it easy on the first ascent, feeling like I still had a lot in reserve by the time I reached the summit.

Cresting over the second time hours later felt markedly harder. One reason for this were the Horsetooth Hills I rode after the first ascent, but before the second. There were a lot of cyclists riding the MS 150 ride, most of whom were stragglers by the time I reached that area. I was cruising by many of them without really trying, but there were a few who tried to latch onto me. I didn’t like that folks were trying to draft off me when I wasn’t even doing their ride, so during those moments I put the hammer down to ride away from them.

I paid for those efforts during the southern approach to Rist. I was turning over the pedals very slowly by the time I got to the top.

After that, the ride was either downhill or much flatter, which is good because my legs never fully recovered. My original intention was to ride 200 kilometers or so, but with rapidly approaching darkness, I settled on Ironman distance (112 miles). To achieve the latter, I added on an out-and-back segment east and north of my house.

Without that segment, “Double Rist” would have been very close to 100 miles. It would make a quality century ride with about 9,000 feet of climbing.