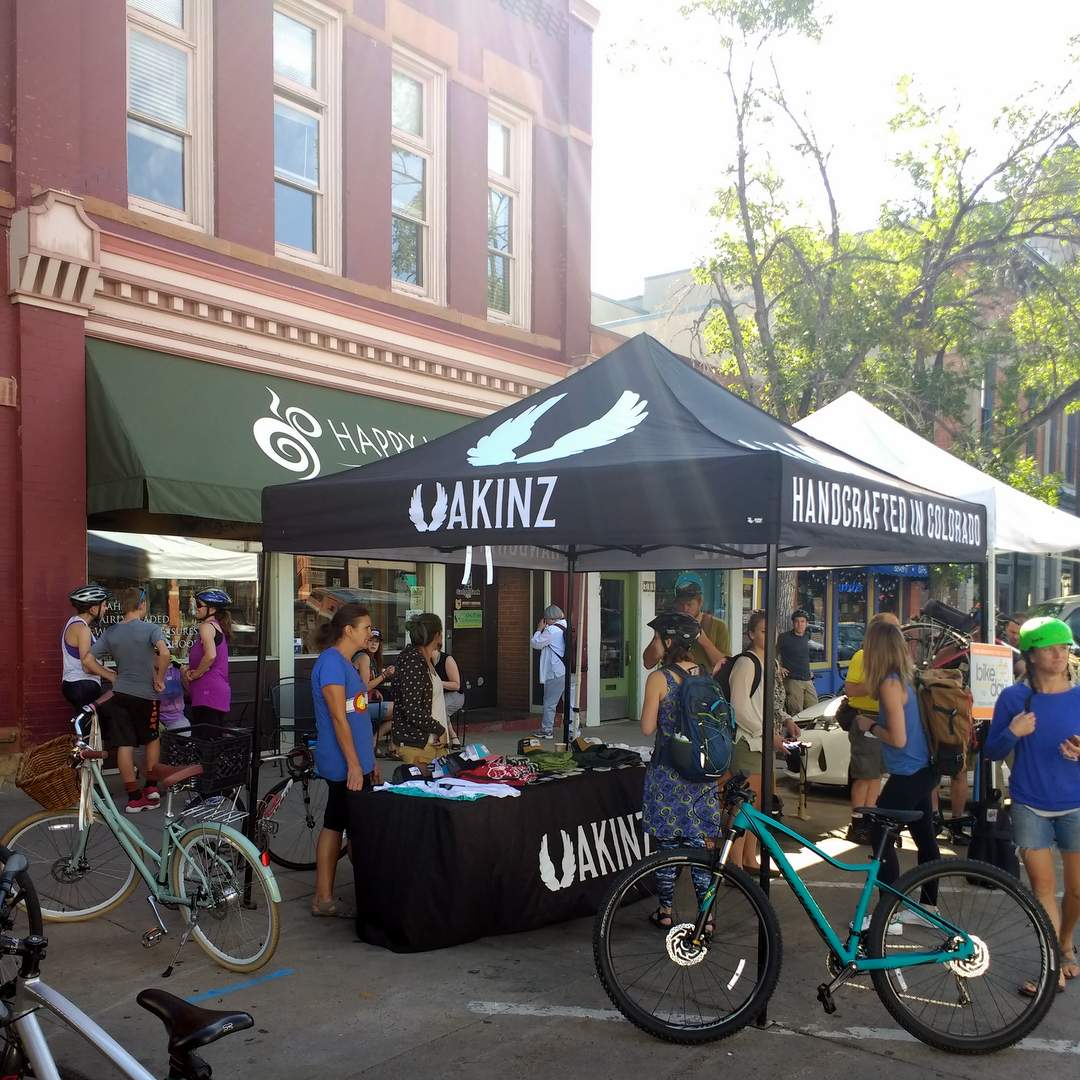 “This is the tenth station I’ve been to this morning,” said my friend Nora, whom I encountered at Happy Lucky’s Tea House during Fort Collins Bike to Work Day.

Ten already! It was only the first for me, ever. At least as a cyclist. I generally work from home, so this is a day I haven’t participated in previously except as a volunteer mechanic. And even that one time, it was Fort Collins Winter Bike to Work Day (December 15, 2016), when the high temperature was a hand-numbing 15 degrees Fahrenheit.

For this summer’s event, the Fort Collins Bike Co-op didn’t seem to need any more volunteers, so I decided to participate as a pseudo commuter. By doing so, I got to see firsthand how days like these make Fort Collins both the #1 U.S. town that is best explored by bike (Buzzfeed, April 2017) and also one of the nation’s only Platinum-Level Cycling Cities (League of American Bicyclists).

First, local businesses have coalesced around the biking culture of Fort Collins. No less than 59 of them had stations offering free food and beverages during breakfast hours. For example, Happy Lucky’s Tea House—where my friend Olivia works—served delicious, warm quiche and unsweetened iced tea.

Second, Fort Collinsers are super enthusiastic about days like these. I’ve never seen so many cyclists here on the roads except during the Tour de Fat, of course. Many of the riders, like my friend Nora, were making an event of the day by hopping from breakfast station to breakfast station, even when some of them were only two blocks apart. A friend overheard one biker say, “This is way better than work.”

Third, the cycling infrastructure in Fort Collins is excellent—something I was doubly reminded of a week later when I spent some time in the Carolinas, where shoulders and bike lanes are almost non-existent. There are plenty of streets with wide shoulders and dedicated bike lanes all over town. Motorists are generally careful and courteous.

I only wish I had gotten out the door an hour or two earlier on this morning so I would have been able to stop by more than three stations. Something to remember for next time.

Which might be next year. For this year’s Winter Bike to Work Day coming up in six months, I will most likely volunteer to be a bicycle mechanic once more, hopefully at Happy Lucky’s. “We could be kind of like co-workers again,” Olivia said enthusiastically.