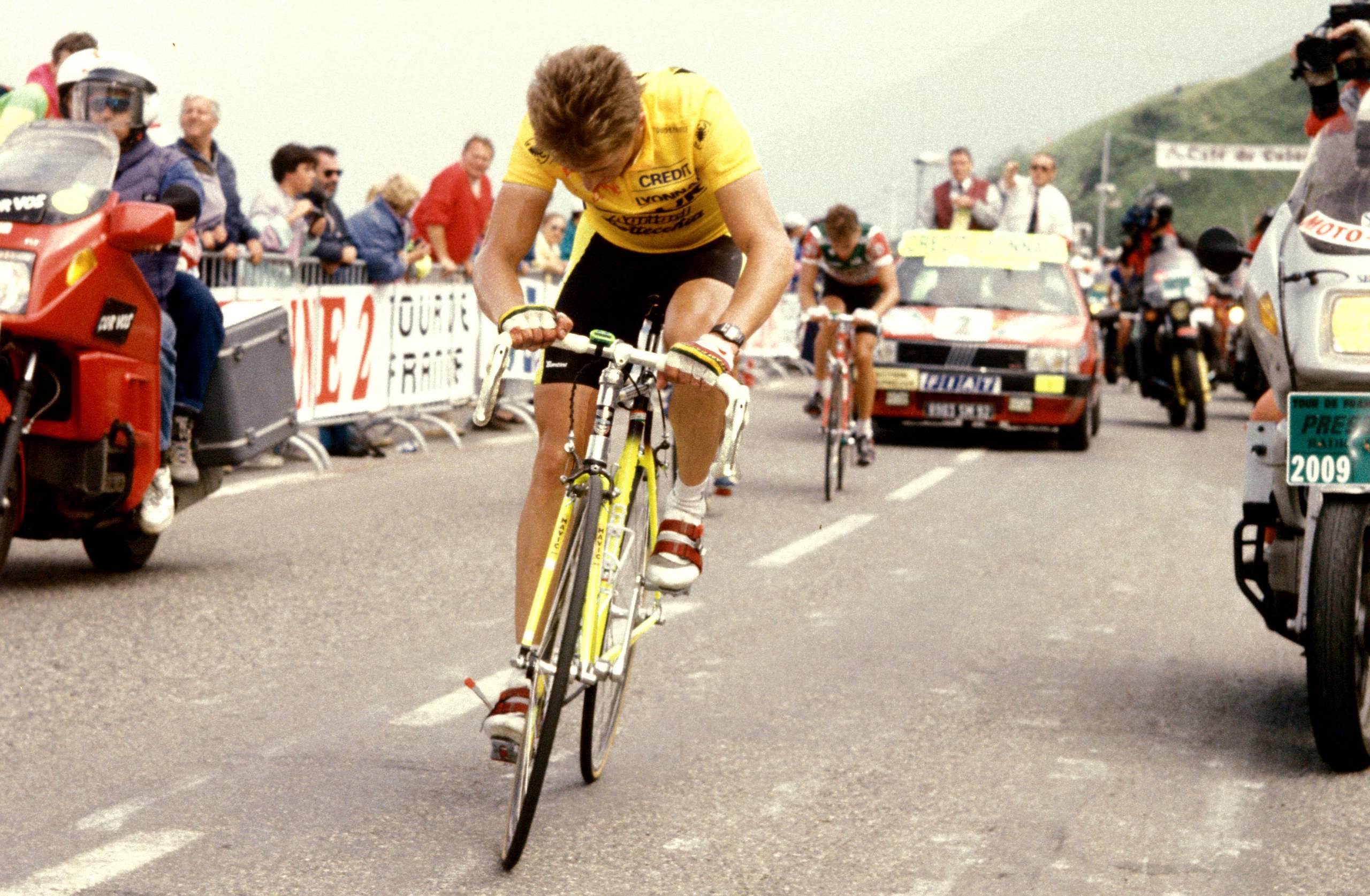 Note: While this article was first written in July 2017, it has been updated in August 2019 to include yet another Pinarello victory.

“Win on Sunday, sell on Monday” is a tried-and-true adage in motorsports. It’s one reason car companies like Chevrolet, Ford and Toyota participate in NASCAR and cars are bedecked with the logos of companies like Tide, GoDaddy, and Lowes. Everyone wants to be (or at least feel) like a winner, which is why product endorsements are so powerful.

Which got me thinking with the 104th edition of the Tour de France commencing last weekend: which bicycle manufacturer has the most Tour de France victories? I.e., which marques have graced the bicycles ridden by the overall winner of the TdF the most?

Here would be a good time for you to pause and hazard a guess. Because the next few paragraphs will reveal the answers.

I wonder what were some of your guesses. Many of you might have wagered on either Trek or Pinarello, whose names have been on the majority of overall-winning Tour de France bicycles of the last 25 years.

If that’s what you thought, you would have been in the ballpark, at least.

As it turns out, the answer is more complicated and subject to plenty of controversy.

Names on Frames Only

If you are counting only “bicycles with a manufacturer’s name on them,” then Pinarello leads everyone with 15.

The years Pinarello had overall winning bikes are as follows:

However, TdF organizers no longer consider Bjarne Riis the 1996 winner due his admission of doping—even though Union Cycliste Internationale has refused to erase his win due to the amount of time that had passed. (If Lance Armstrong only had been so lucky.) Also, in 2006, Óscar Pereiro reached the Paris finish line in second place, but was promoted to “winner” after Floyd Landis tested positive for doping. If you were inclined not to count the Riis and Pereiro results, Pinarello would have only 13 wins.

Furthermore, the “Pinarellos” ridden by Delgado and Indurain, at least in 1988 and 1991, were actually built by other manufacturers (TVT, for instance). It was not uncommon for bicycles in the professional peloton be sponsored/labeled with one brand and built by another. Some famous examples include the Serotta-built “Huffy” bicycles used by the 7-11 team in 1987 and 1988, and the “Trek” time-trial bike ridden by Lance Armstrong in 1999 that was actually a titanium Litespeed Blade.

Discount those two in addition to the wins by Riis and Pereiro, and Pinarello would still be the sole leader. In second would be Peugeot, which has 10 wins.

These are the years Peugeot bicycles have won the Tour de France:

Peugeot’s victories are particularly impressive considering that they spanned 72 years. Peugeot-branded bicycles are still sold today, but no one uses them in the Tour de France anymore.

Here is a section that allows me to raise the banner of a French company named Gitane, as I happen to own one. I rode it to a Classic Bike victory in the 2011 Furnace Creek 508 which—for fleeting moments, at least—made me feel like I was Greg LeMond. LeMond raced on Gitanes next to Bernard Hinault earlier in his career, but won the Tour de France on other bikes.

This gives Gitane nine victories. However, the company purchased Helyett some time in the 1960s, and claimed Helyett’s victories as their own. Helyett won three times, including:

It is unknown who truly manufactured the winning Helyetts. It is possible that Gitane did.

Anyhow, if we count the Heyletts as Gitane did and I am inclined to do, then Gitane would have 12 victories. This would be only three less than Pinarello—or even give it more wins if we discount Pinarello’s victories due to doping and not being the actual frame manufacturer.

Gitane, Peugeot, or Pinarello might be able lay claim to having manufactured the bicycles for the most overall titles, as explained above. But so could another manufacturer: Alcyon.

In fact, Alcyon could win outright:

Bicycles used by all participants in the Tour de France from 1930-1939 were all labeled L’Auto, and likely manufactured by Alcyon during all those years except 1938. This would give Alcyon a total of 16 wins.

However, note that no bicycles by other manufacturers were allowed in the Tour de France from 1930-1939. So those “victories” mean a lot less when there was no competition.

What if We Count Dopers?

Trek would have been high on the list if all of Lance Armstrong’s seven “victories” were not later officially voided. In addition to Armstrong’s seven, there were two victories by Alberto Contador.

In addition, Pinarello would have one less because Oscar Pereiro crossed the finish line on the Champs-Élysées as second overall behind Floyd Landis, who was disqualified for doping days after the conclusion of the race.

I found the above information in Wikipedia and also this excellent thread in the GitaneUSA.com forums.

Be sure to look at the latter if you want to see the winning bicycles from all years of the Tour de France!