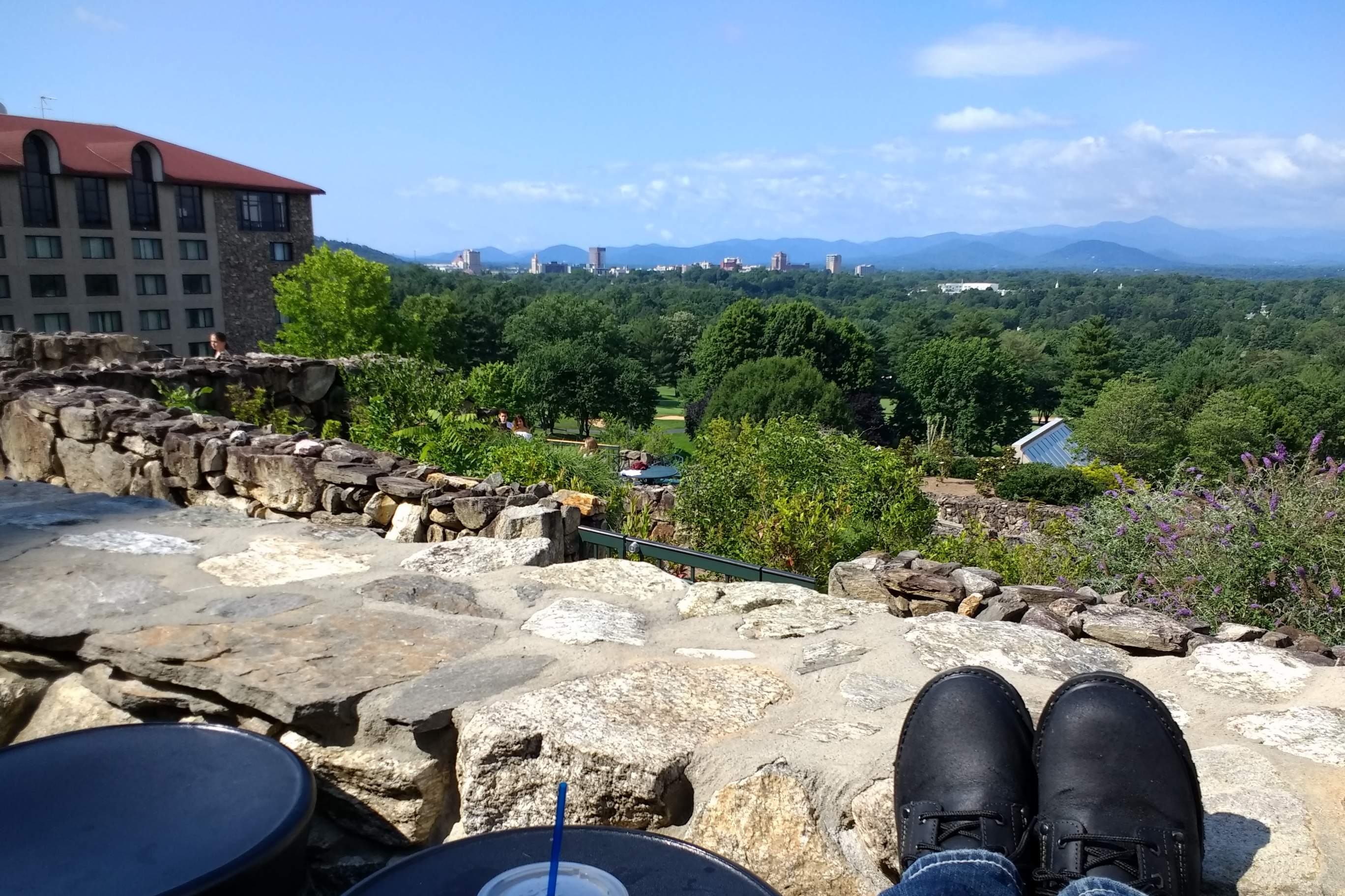 I think when Maureen learned that she would be doing field work at a hospital in Asheville, for the entire summer, I was more excited than she was. Asheville, after all, was one of the three towns I had narrowed down the “where should I move to” search in 2005 as part of the Great American Road Trip (the others being Bend, Oregon, and my ultimate selection of Fort Collins, Colorado). Since then, I’ve had a fond place in my heart for this town near the Blue Ridge Parkway in western North Carolina. Other Coloradoans seem to like it too: the former owner of my house lived in Asheville before moving to Fort Collins, and I’ve encountered other Fort Collinsers who went in the other direction. Even Fort Collins’ New Belgium Brewing Company—when it decided to expand east of the Mississippi a few years ago—now has a second location in the NC mountain town that is roughly the same population size as Boulder.

When I returned here last weekend, however, it didn’t seem instantly recognizable since the last time I visited in 2010. Downtown appeared to have more shops, pedestrians, and car traffic. I’m not sure if it was because it was Friday night, or the town had really grown. Probably both.

But then we passed by Pritchard Park where there were many folks watching or dancing in front of a couple dozen persons pounding on African drums. Not long after, young men and women were marching around town singing or chanting lyrics in which I could only decipher every other word, which was “GAY!” It might have been part of ongoing celebrations for LGBT Pride Month.

“Yep, that’s the Asheville I remember,” I said to Maureen.

I only got to spend a few days in Asheville as I went to the Knoxville, Tennessee area during the Monday and Tuesday Maureen had to work. But we managed to do a few fun things including:

It was a short visit, but I will be back again soon.