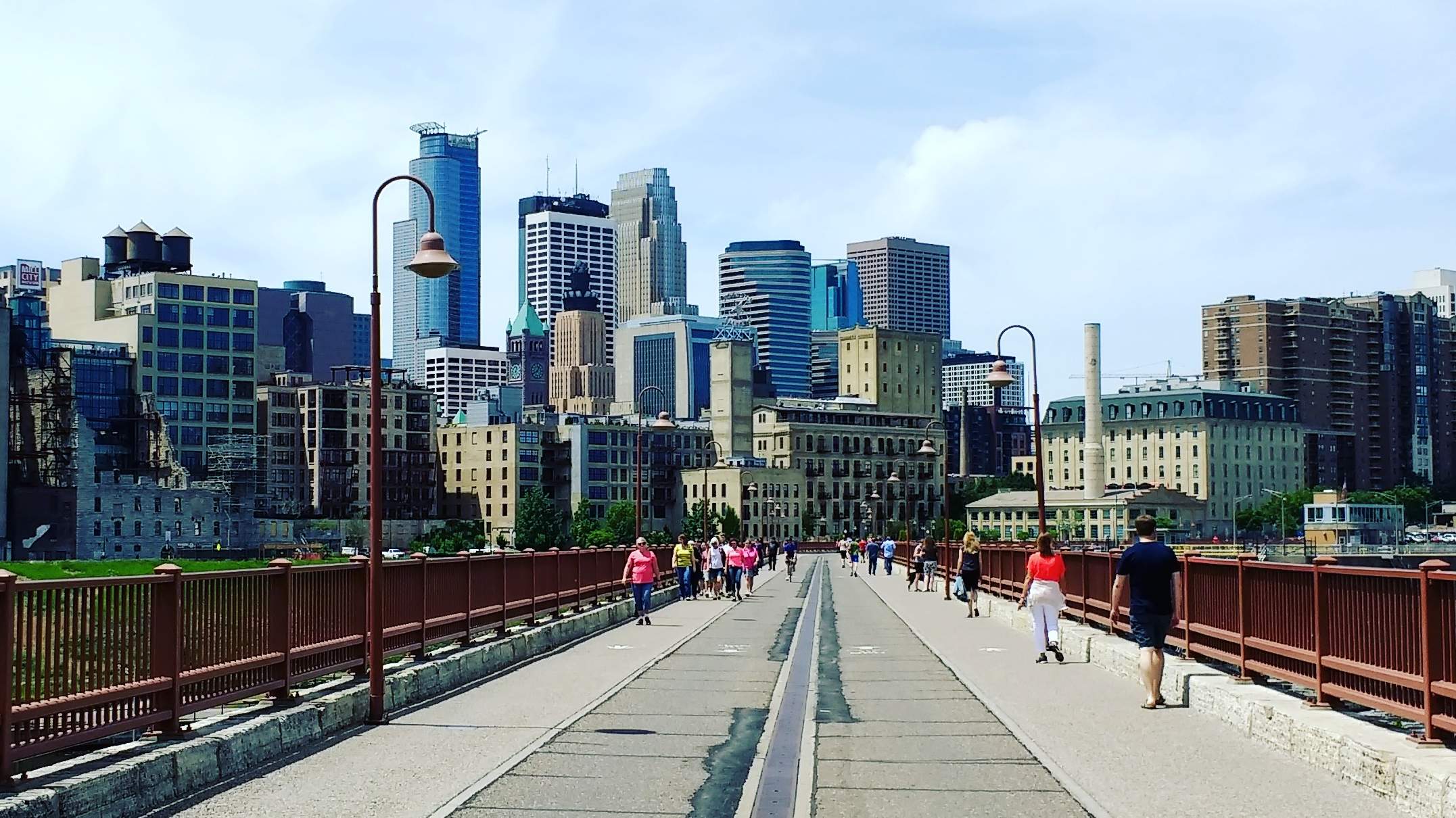 Minnesota was one of the final five U.S. states I had not been to, yet I had heard a few things about it over the years. Firstly, my friend Jenn used to tell me that while she was over there for work in the winter, it was so cold that she needed to wear four or five jackets simultaneously. Secondly, other folks had excitedly described the Mall of America using superlatives such as “nation’s largest.” Thirdly, Bicycling Magazine proclaimed Minneapolis as the best urban city for cycling, which seemed a bit curious considering the frigid winter conditions that Jenn warned me about.

Fortunately, my visit to the larger of the Twin Cities was only a week before the summer solstice, so I could leave all jackets at home. In fact, the weather was balmy. The contemporary tubes of mercury (a.k.a. the smartphone) displayed 90 degrees and my skin-o-meter read moderate humidity.

So, onto the Mall of America. While technically in Bloomington—a suburb of Minneapolis—this supposed shopper’s paradise was a mere 5-10 minute, $1.75 ride on light rail from the MSP airport. Despite not stepping inside an U.S. mall in, oh, 18 months, curiosity got the best of me and I stopped by. The enclosed shopping complex was not nearly as colossal as I imagined America’s largest to be, but nevertheless I had a pleasant time navigating the four stories and walking through the indoor amusement park. I also got some hands-on time with the new Nooks in Barnes & Noble; the Surface Pro, Laptop, Book, and Studio in the Microsoft Store; and the iPhones and iPad Pros in the Apple Store. I also ate a crepe before getting hangry.

Afterward, I took the light rail to near downtown to meet up with my friends Dan and Kiri, who used to live in Fort Collins before embarking on a two-year around-the-world bicycle trip. (See their blog LowGearLife.com. They wrote uplifting stories about the kindness of humanity around the world, and their photography is mind-blowing.) Kiri showed me their beautiful, right-sized condo, and we ambled through the free Minneapolis Institute of Art where there is a social mixer every third Thursday evening. Then we walked over to Quang’s Restaurant to feast on excellent Vietnamese Cuisine, located on a very international street featuring many Vietnamese, Somali, Muslim, Mexican, and Jewish establishments.

The next day, Dan generously lent me his globe-circling, violet Surly hardtail mountain bike so I could explore the city while he and Kiri were working during the daytime. Thus I got to experience Minneapolis’ excellent bicycle infrastructure firsthand. Most roads seemed to have bicycle lanes and there were also numerous mixed-used recreation trails, such as the Riverview Parkway. There was an abundance of bicycle racks and plenty of bicycle commuters as well. Folks who did not have their own pair of wheels could rent eye-catching Nice Ride city-share bikes.

I was only in Minneapolis for 30 hours before Dan, Kiri, and I hopped into their Corolla and headed to Duluth, but I thoroughly enjoyed this bicycle-loving city with a more laid-back vibe than other metropolises. I will have to go back sometime, maybe even during a wintry month simply for the intrigue. If so, I will be sure to bring multiple jackets.