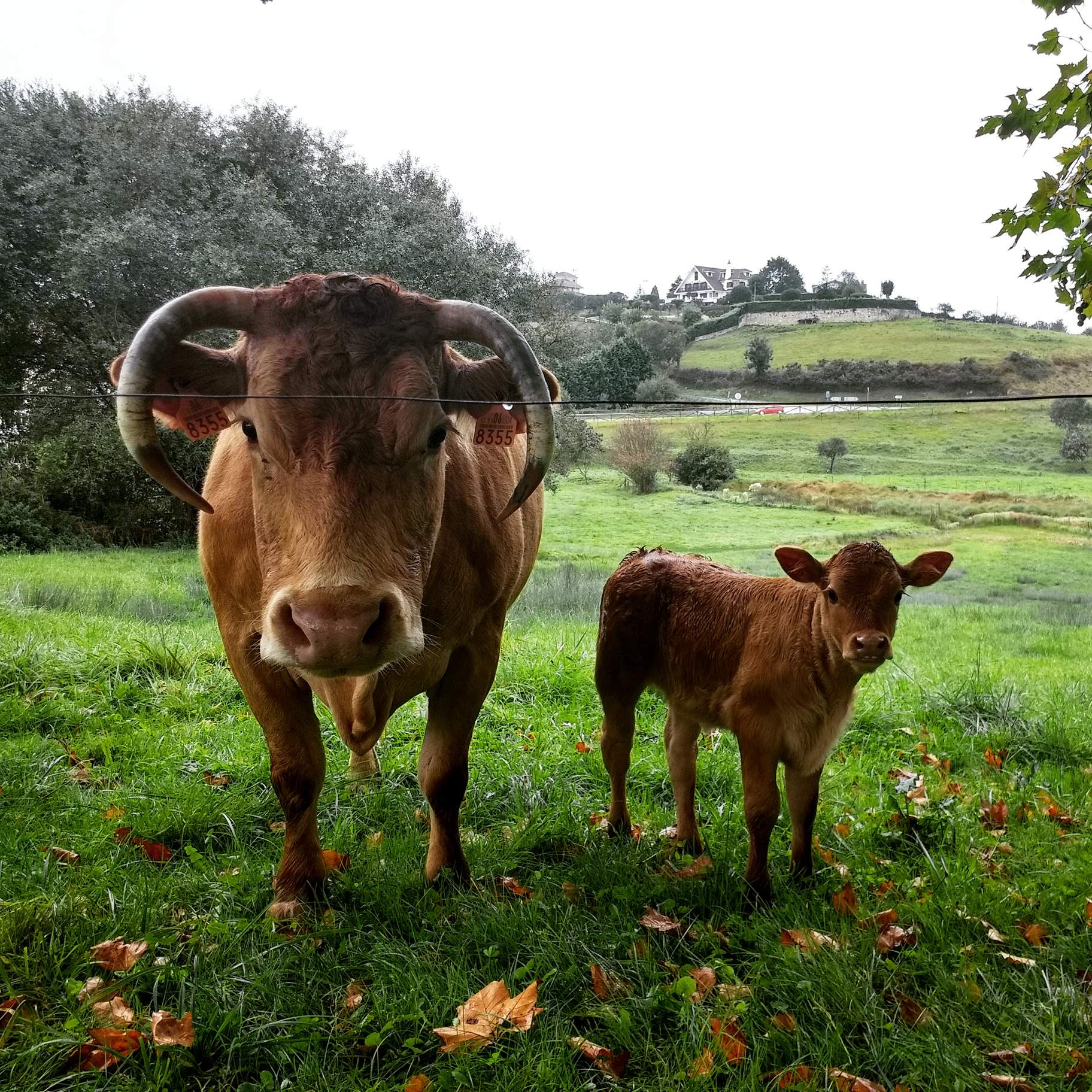 I was looking down at my feet while gingerly stepping along a muddy trail on my 15th day of the Camino de Santiago when I heard the clanging of cowbells. Now, the presence of cowbells was hardly unusual while walking by numerous pastures in the Spanish province of Asturias, but the manner in which they resonated was unusual. First, they were getting louder and louder even as I stood still. Second, there seemed to be whole orchestra of these “musical instruments.” It sounded like a whole herd of cows was getting closer and closer. But where?

I soon had my answer as within a dozen more seconds, a bovine beast plundered towards me while rearing its head. Slightly alarmed, I stepped aside to the most leftward edge of the trail until I was almost pressing against a barbed wire fence. The animal, seemingly nonplussed, hardly altered its speed or trajectory and moseyed on by with a couple feet of separation.

The cow was not alone. Right behind was another one… and then another one, and another one. It was a whole procession of cows, marching in single file, untethered and unrushed. Where were they going, and who was their general?

I never found out the answer to the former, but within a couple minutes—after all 15 or so cows passed me by—met the latter.

“Buenos días,” I replied, as two furry dogs with wagging tongues and bushy tails followed immediately behind the woman.

Cows were the animals I encountered the most while walking the Camino de Santiago. There were some days on the Camino Primitivo where I saw more cows than cars all day. But they were hardly the only non-human beings I saw in Spain.

My favorite was probably this super friendly cat. She was very talkative and kept pacing back in forth in front of my feet so that I would have to stop, lest I trip over her furry body. Eventually I succumbed and returned her affection for a few minutes.

Other creatures are depicted in the photos below. All their types can be found in the U.S., but it was great to see that Spaniards love their animals too.