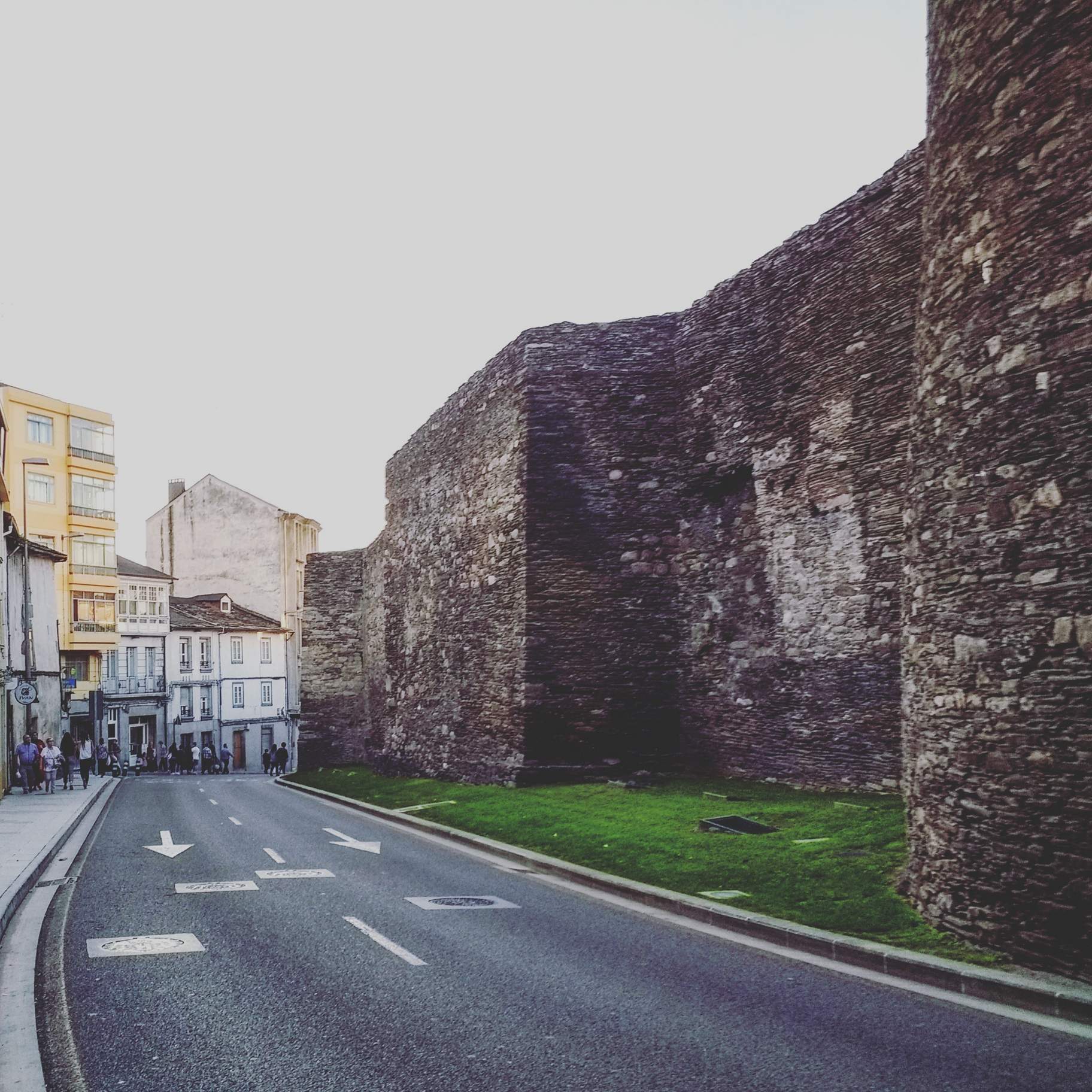 When I had arrived in Lugo—the largest town along the Camino Primitivo aside from Oviedo—a Spaniard named Juan Carlos had warned me that there were going to be a lot of tourists there and that lodging was likely to be full.

“It’s been a weeklong holiday,” he explained in español, “to celebrate San Froilán. San Froilán is the patron saint of Galicia.”

Due to his warning, I was quick to reserve online a pensión (kind of like a bed and breakfast) in Lugo as soon as I got into town. I ended up having the whole top floor to myself.

I then went into town to look for food. Juan Carlos was right—there was a huge party downtown. Despite it being Sunday, there were plenty of restaurants and markets open, and of course there were street vendors during the festivities. I stopped in a convenience store to stock up on food for the Camino, and also bought a churro and some French fries from festival food boths to munch on.

The most notable attraction of Lugo is its Roman wall—the only complete one in the world still in existence today. It’s pretty cool.

One day I would love to return to Lugo and explore more of this wall and city.