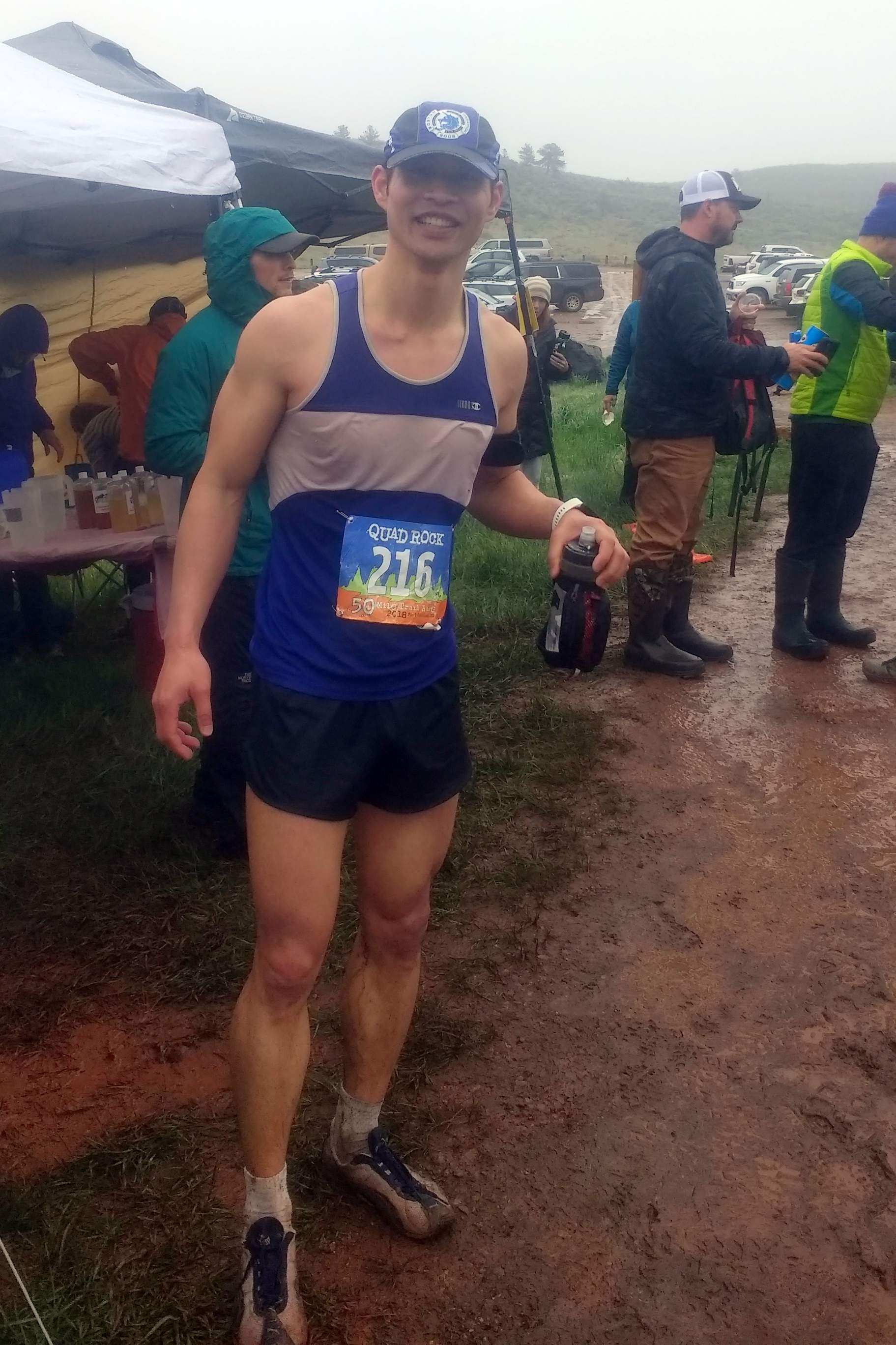 I started entertaining the thought of Quad Rock only a few days before the race when my friend Mel at my weekly French conversation group was telling me that she was going to be volunteering there. It was only an hour earlier that I had the sudden realization that my weekends were no longer going to be consumed by papers or exams because I had just submitted the final assessment for my second master’s degree (in Management and Leadership). So it was in the afterglow of that achievement that I found my finger hovering over the “Register Now!” button, knowing that I was now free to do my first epic adventure since returning from the Camino de Santiago in Spain last October.

Are you going to retire your pumas? ↩ Reply

LOL, after washing them, I believe they still have 500 more miles of life in them. ;) ↩ Reply

You've inspired me to tackle some of these ultras - but with training!

And how long have you had those Puma's?

It seems as if they're as old as your Cannondale! ↩ Reply

Since I only use the shoes for racing now, I figure they will last me for another decade. Hopefully Puma will bring back the shoe sometime before then! ↩ Reply

Felix - inspiring read! I am sure your underlying core fitness helped! I have an upcoming 100 mile bike ride (Gran Fondo New York) on Sunday and have done some training but its a big leap from where I am to where I need to get to. This post has given me more motivation!! ↩ Reply

Hi Jim, best of luck at the Gran Fondo NY on Sunday! I'm excited for you! ↩ Reply

?Whopping three miles every other day? sounds like my regular training program. Good job! I knew this story would have a successful and happy ending! ↩ Reply

Thanks bud. I guess I am back to the Adam Training Plan again until after June. ↩ Reply

Wow Felix! This is bonkers. You did a great job and this was a really entertaining and interesting read, Thanks! ↩ Reply

Thanks for your comment and for stopping by my blog Sarah! ↩ Reply