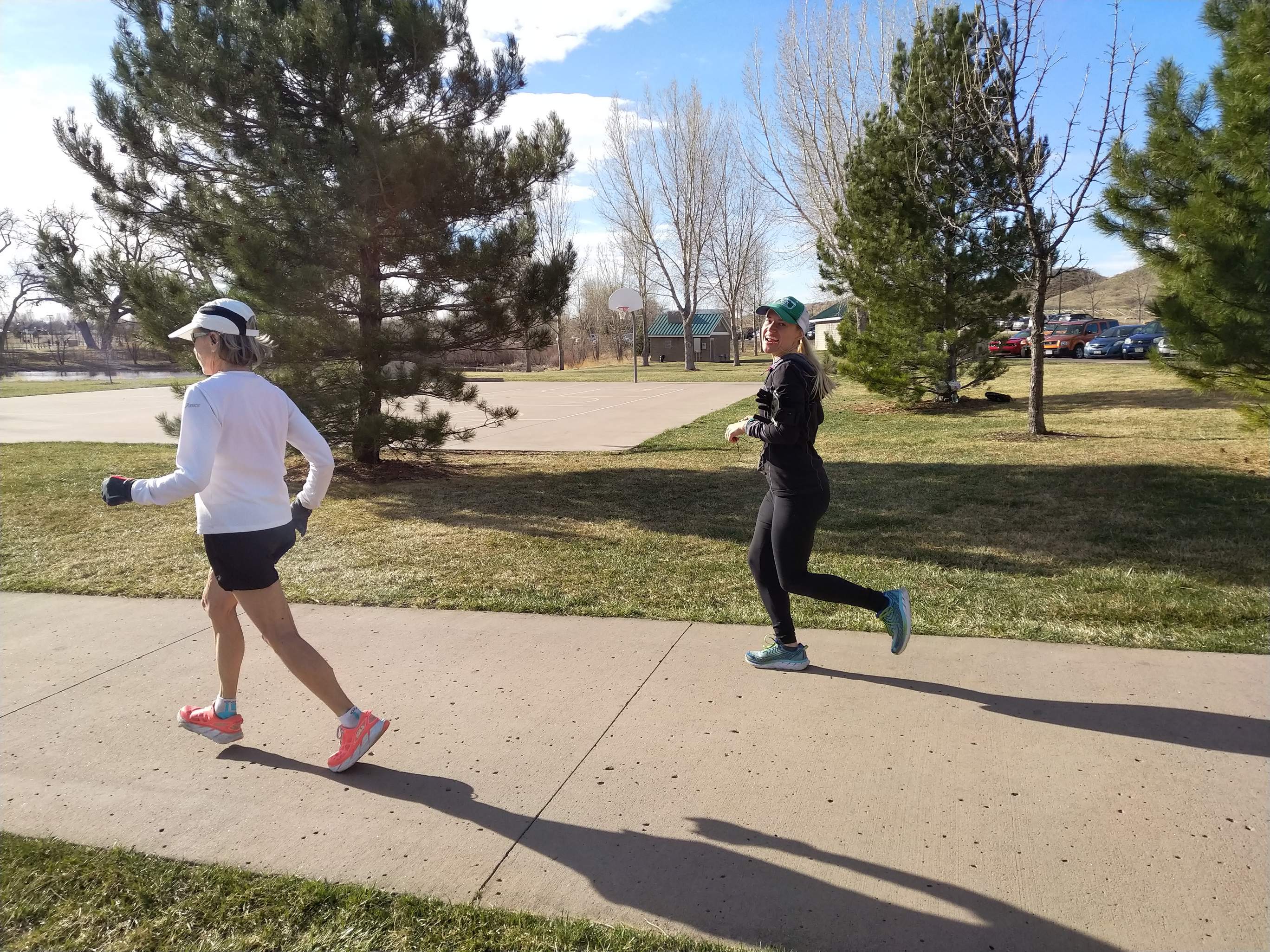 “It’s a bit chillier than I thought it was going to be,” several runners said to each other at the start of the Fort Collins Running Club’s 2018 Cottonwood Glen Park 12k Tortoise & Hare race (what a mouthful).

Indeed, it took me only 10 seconds in the northbound billowing wind that I should wear more than a skimpy singlet for my torso during this run. I quickly swapped it for the long-sleeve hooded jersey I had earlier stashed in the trunk of my car.

Then, at my designated start time of 9:05:00 AM, I bolted down the Spring Creek Trail. As usual, while my cognitive abilities were still intact at the beginning of the race, I used the whole width of the recreational path, hitting every apex like James Hunt would in Ron Howards’ phenomenal docudrama Rush.

Not sure if it was because of the shortest-line approach, the barely significant elevation loss, the slight tailwind while running northeast, or my legs that felt decent for someone who has been averaging less than 15 miles of running per week in 2018. But at the turnaround, I had already caught up to a couple friends who had started 90 seconds earlier despite normally being the same speed or faster. My pace was averaging 6:53/mile—about the same tempo as last September when I ran my fastest 10k race in 10 years.

Maybe it was too fast for my fitness level. At least, after I had made an abrupt U-turn at the halfway cone to double back on the course, the feet never made forward progress at their previous velocity. In fact, by the seventh mile the Garmin was showing an instantaneous pace of just under eight minutes per mile! I think the limiting factor was more the legs than anything else.

I did have an inspired moment, however, 200 meters from the finish line. Germay Tesfai—the fastest runner of the day who ended up averaging 5:34/mile—passed me like a bullet train whizzing by a Geeley. And then I had Amber in my immediate sights. Before the race, she said I would probably catch her, but I didn’t think it would happen when I didn’t even see her until this moment, so close to the finish.

“Sprint, sprint!” I shouted seconds before coming around her. I don’t think she did because ended up crossing the finish line before her by three seconds.

It turned out that my final time of 53:31 was only one second more than what was predicted by the FCRC software that I had coded many years ago for the club. Amber’s time was only four seconds above its prediction. My algorithm proves itself once again.

It was not my best performance at this distance by a long shot, but for the training I’ve been doing, it wasn’t bad. In a couple months when I can start training more, my endurance should be a lot better.