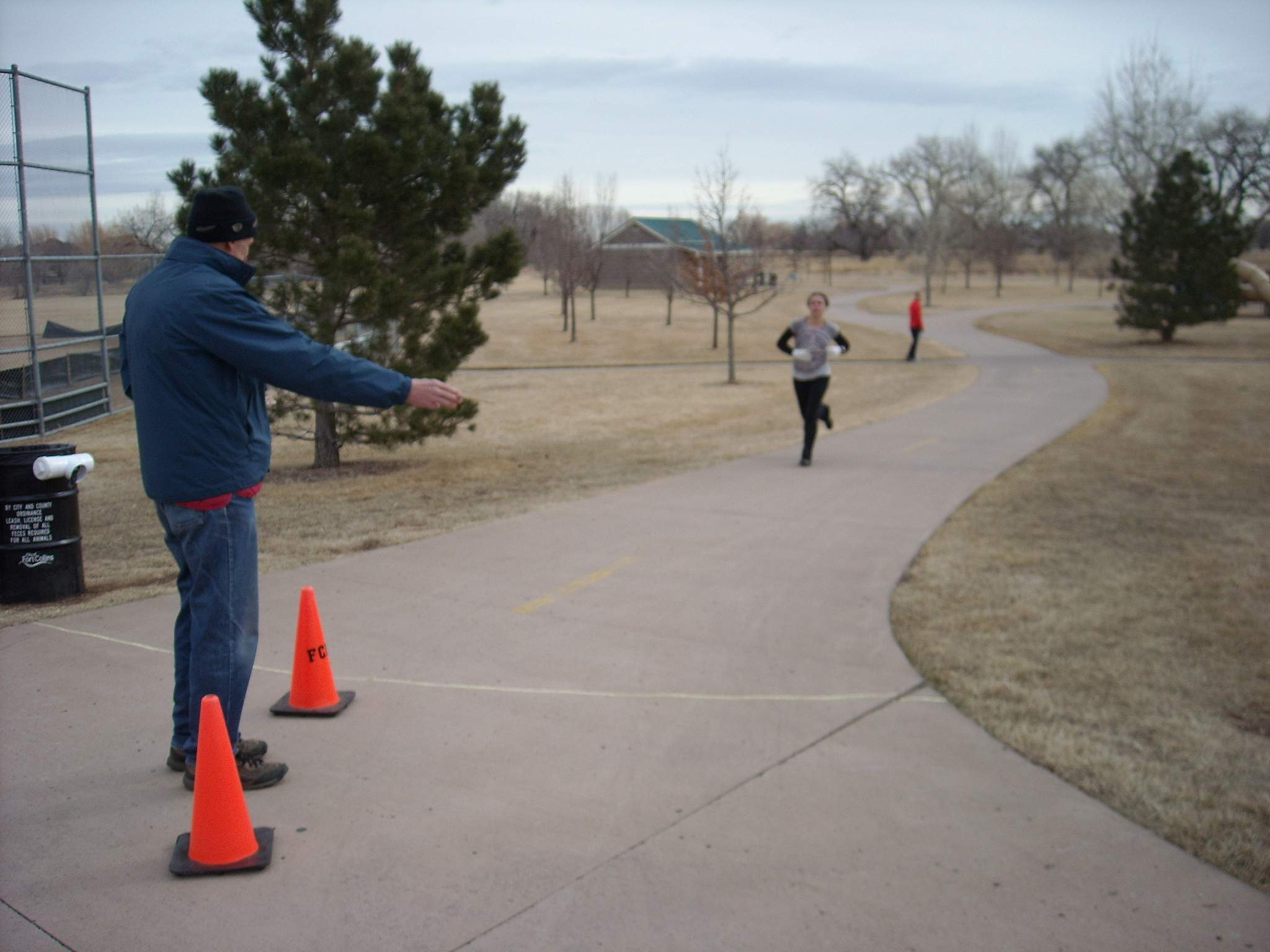 “FYI, I’m ahead of you by two points in the Tortoise and Hare Series,” Leah wrote. And so began the trash talking.

It was actually a miracle that I was behind by only two points in the Fort Collins Running Club’s series of handicapped races. Maybe not an occurrence akin to transforming water into wine or even the Cal Bears’ trombone-crushing endzone run against Stanford in the 1982 Big Game, but one not far removed from the hapless Golden State Warriors making the playoffs in 2006. Four months prior was the last time I put in a solid effort in a Tortoise and Hare Race and since then my race results have only been notable for their Warriors-like mediocrity.

That is, until last month’s Edora Park 8k run. While not blinding any human or insect with blazing speed, I was able to run well under seven-minute miles again for the majority of the race. This was good enough for a eighth place finish in the staggered start contest and give me an additional seven points in the T&H Series. I no longer had the least amount of points of anyone who had participated in all the races in the series this year. Most importantly, I was back within deux of my taunting girlfriend.

In addition, I was starting to actually feel pretty fit for the first time since the autumn equinox, and the day began with temperatures suitable for shorts. Hoo-ha, Leah was going to have to put in a good effort in the Cottonwood Glen 12k on the Spring Creek Trail today to stay ahead.

Her start time was prescribed by the all-knowing prophet known as “race director Nick’s computer” and was roughly 15 minutes before mine. When it was time for me to cross the starting line I took off like a pit bull with a running start and reeled in my first rabbit after only a mile-and-a-half. Too fast? I wasn’t sure, but I was feeling good.

Approaching the 3.8-mile turnaround, I encountered Leah and many other runners heading west as I was still going east. “I’m gonna catch you!” I yelled out as we passed each other going divergent directions. Indeed, it appeared at the pace I was going, I would catch her in a mile or two.

In the next few miles I caught and passed a few dozen people. But where was Leah? There she was with about a mile left in the race. By that time I was breathing hard enough that instead of any more trash talking, all I did was wag a few fingers in a half-hearted wave as I ran past. There were now only a few people ahead of me. She was now in a defensive position where she’d have to limit the damage.

Not long afterward—after semi-heeding the 0.5-mile-left advisory of “KICK!” that Nick scrawled in chalk on the ground—I crossed the finish line. Fourth place! “Good run,” said Nick, who only two months ago correctly observed that I had a lot of work to do on my running. “A good run for me,” I concurred.

Now it just remained to be seen how Leah would end up. Turns out she managed to put in one of her all-time best efforts and only finished two places behind me.

So we are now tied in the series standings with only one more race to go. For the upcoming 5k, we agreed that whoever crossed the finish line first would win our little duel. We haven’t yet determined what the “prize” would be for the victor, but I am sure it includes a bit of trash-talking rights. At least until the next Tortoise & Hare Series starts up later in the year.

My Best 10k Time in Colorado

[Updated September 17, 2021] Per Strava, I ran my fastest 10k in Colorado ever despite this race being two kilometers longer. Strava says there was a 10k segment I ran in 40:50.