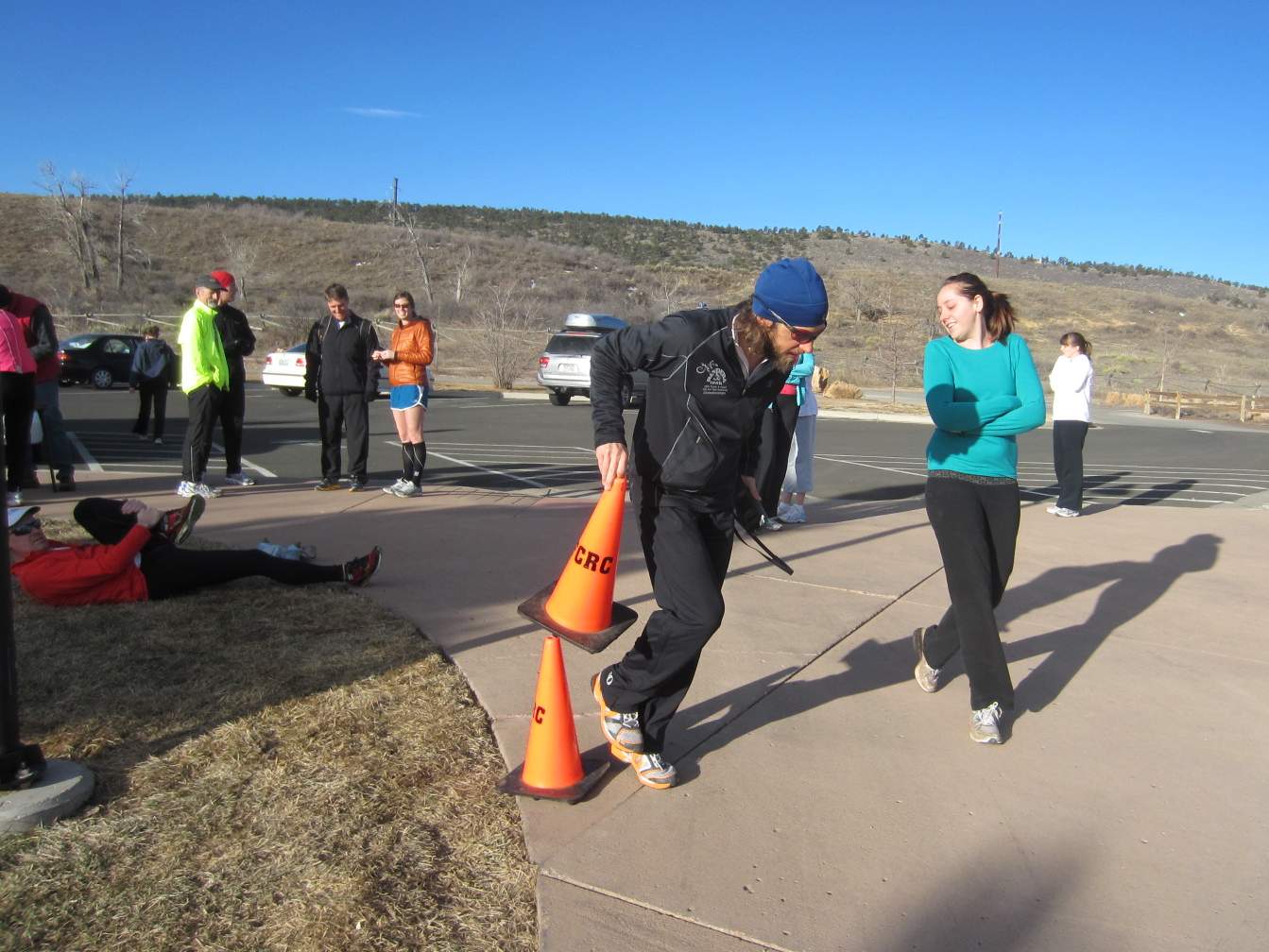 Hands down, this was the best weather for a Tortoise & Hare race all season: starting temperatures in the high 40s with lots of sun, and little of the ferocious wind that has blown through the Front Range the last few weeks. As evidence that the air was balmy, there were a lot more people than just Tom Schipper who was running the race in shorts today!

I wouldn’t even have to drag Kelly out this time. She was actually excited to try running her longest distance ever. For myself, I was hoping for signs of progress after the lat T&H, the Edora Park 8k. I had increased my frequency of running from three times per month to three times per week, you see.

I started out well, catching my one-minute “hare” (Amy) after just over two miles. I was still cruising until shortly before the turnaround cone Nick placed on the Spring Creek Trail, when Amy (seeing me now going in the other direction) cheered “keep up the pace!”

The encouragement was welcome because I was definitely starting to slow, particularly just a mile out from the turnaround. Amy would catch and pass me there.

The last couple miles it seemed like I was barely able to keep it together—my once indestructible feet were even developing hot spots—and the Garmin in the last mile was reading a (for me) dismal pace of eight minutes per mile. I was able to decrease that down to 7:30 pace by being egged on by Nick and others to sprint in the final 300 meters, finishing in 52:31. Just 1:18 slower than last year, when I was in fairly good marathon shape.

My feet were blistering but I went directly to the car to grab a water bottle and jogged back onto the trail to give it to Kelly. I found her three-quarters of a mile from the finish, and while she wasn’t moving fast, she was at least jogging. “You’ve already gone farther than you ever had,” I said as we crossed over the “7 mile” (and 0.5 to go) chalkings.

She asked me how my race went and I replied that at least my average pace was quite a bit better than in the shorter 8k T&H race last month. It appears, then, that running three times per week (usually 3-7 miles) over a month was sufficient for improvement.

WooHoo! Go Kelly! Hey Felix, you better get cracking, or you might get chicked... ↩ Reply