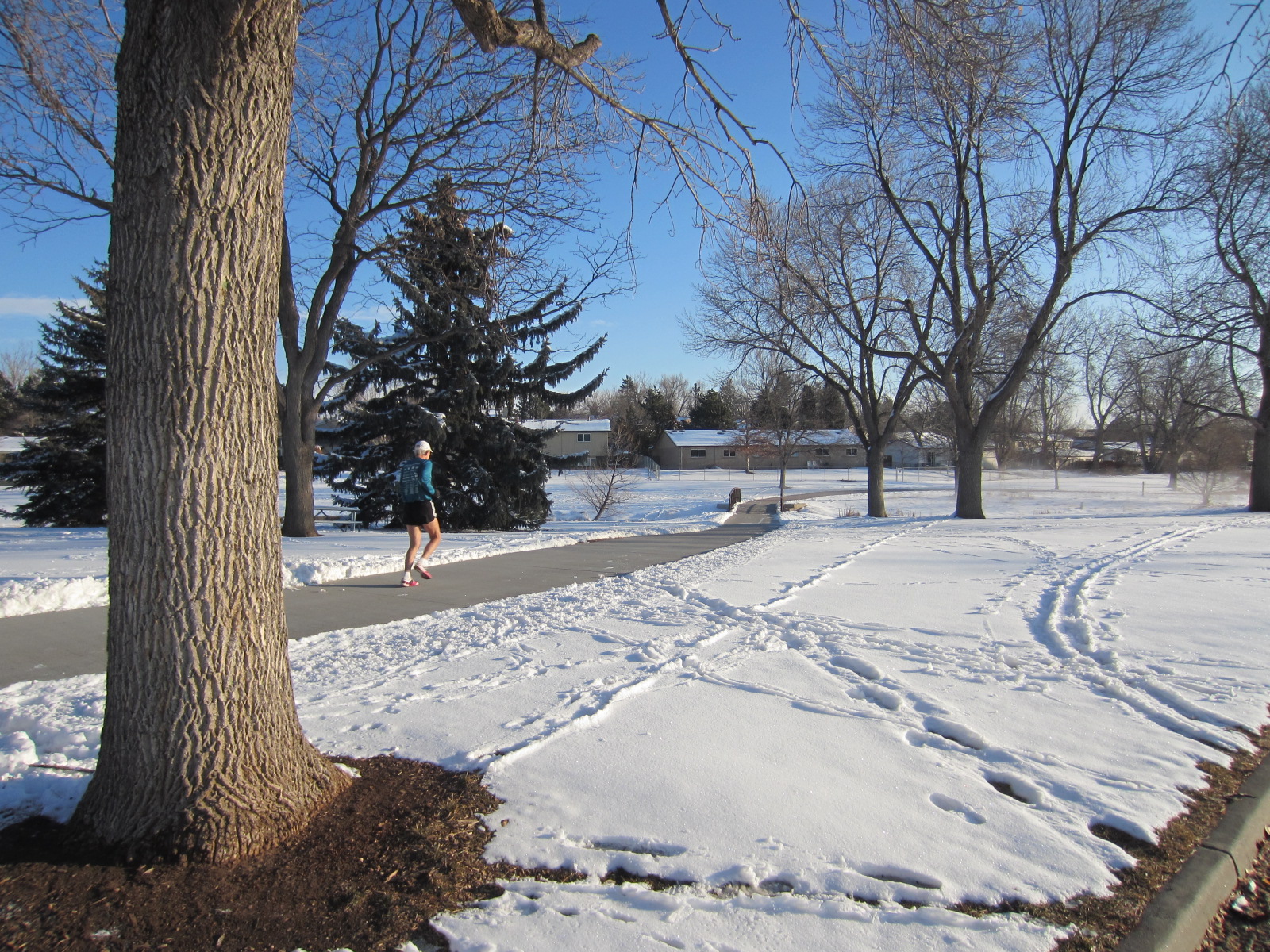 “Those snow boots do not look very good to run in,” Connie said to Kelly after I had literally pulled her out from her car and dragged to the start line of the Edora Park 8k with one hand. In my other hand were her running shoes, which I eventually coerced her to put on.

Kelly did not want to run, you see. Her list was as long as the ones you see people checking off in a grocery store: 1) it was cold; 2) the Tortoise & Hare races are too early in the morning; 3) she’d rather be snuggling under the covers with her dog; 4) eight kilometers (five miles) is “too far”; and 5) she is “not a runner.” Never mind this was the fourth Tortoise & Hare race in a row I had managed to cajole her into already, often while she was kicking and screaming (so to speak) in a similar fashion: she was just not going to run until I forced her.

Good thing I did, though. Not only did she finish, got some exercise and earned the right to gorge on Super Bowl food later that night, she beat her computer-predicted time (again) and crossed the finish line early enough to be awarded another six points in the series standings. Which was better than what I’d get (the default five for showing up and finishing) in what was by far my poorest Tortoise & Hare race since January 2011’s 2.5-mile disaster where my Guatemala pollution-damaged lungs felt like a hamster blowing out of a straw.

The sad thing was during the first half I was already demoralized enough when my Garmin kept indicating I was barely holding under a seven-minute-per-mile pace. And then in the second half, there were lots of instances where the watch was saying my instantaneous pace was over eight-minute miles!

It didn’t help that my calves were already sore by the turnaround, and then I lost a few seconds by making an errant turn (only to be saved by a chasing Sarah who yelled out my name). It was helpful to be caught by Sarah, Alex, and Scott however, as it did help me pick up the pace a little bit.

I really felt out of shape though and was not happy with my 36 minute finish, especially when my five previous Edora Park 8k runs have all been 33 minutes or less. So I told Kelly after I crossed the finish line that she’s got to get me to run more. “Running three times per month,” I wryly stated, “is not working.”

It’s like I was running in snow boots today.