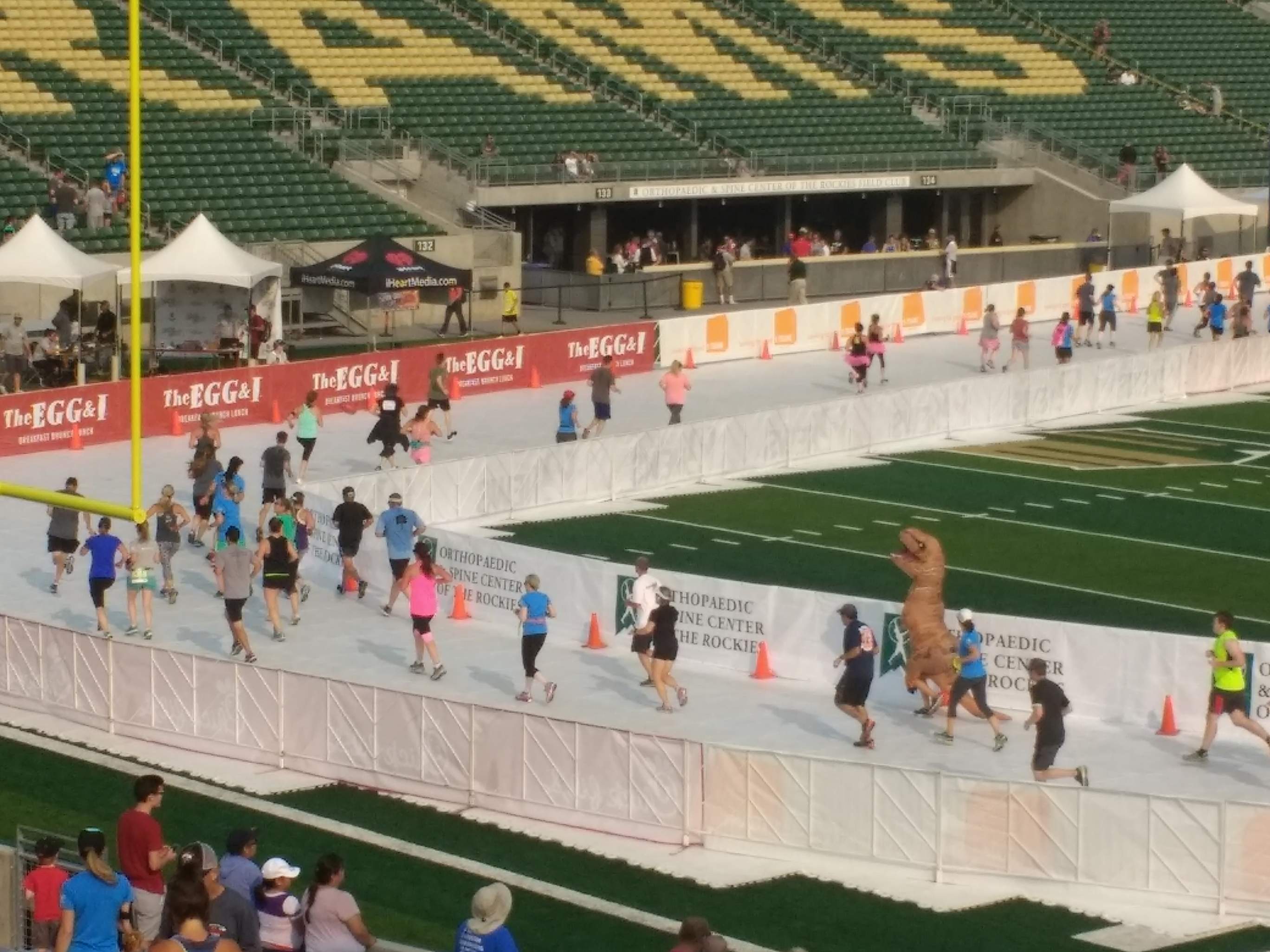 My sweet cat Tiger passed away the day before the Fortitude 10k, so I had already decided that I would be running this race in memory of her.

I wasn’t feeling the most competitive, and having not run too much during this bicycling-centric summer, I had a few doubts about my fitness. But fifteen minutes before the race, I resolved to run the race as hard as I would under happier circumstances. I lined up in the back of the second wave—which I was assigned to based off qualifying times—next to some speedy-looking women, and waited for the City Mayor to fire off the gun for the inaugural edition of what is to become Fort Collins’ version of Bolder Boulder (it’s even organized by the same folks).

When he did, the runners around me got going in a very organized fashion, lacking the chaos of other races caused by overzealous whippersnappers starting at the front instead of in the middle or the back where they might be better suited. From there, I started thinking of my cat.

I thought about her leaping onto two-inch-wide bannister rails, prancing along it like she was either a gymnast doing the beam event or the guy who illegally walked a tightrope between New York City’s former Twin Towers. I also thought of her swatting at cat teaser wands, and wrestling with her buddy Oreo.

Most of all, I envisioned her running around the house at cheetah speed, chasing cat toys. Some of the imagery was enhanced by the music played by live bands around the course. Some of the songs reminded me of Tom and Jerry music.

The first mile ticked by in 6m45s, which was very encouraging. More encouraging was that my breathing was well under control despite the very slight uphill.

Continuing the mental imagery, my pace remained consistent in the 6m45s to 6m50s range. It was surreal as I haven’t felt this comfortable running at this pace for so many miles at Fort Collins’ 5000-foot altitude in several years now. It was only with about a mile to go that my pace started to creep above seven minutes per mile, even as my breathing became more rapid.

Entering Colorado State University’s new multi-million dollar stadium dubbed Sonny Lubick Field with a quarter-mile to go, I surged like Tiger would do whenever she would hear me bringing out some of her favorite kitty treats. With a frenzied final kick I sprinted past five, maybe six runners in the final 100 meters.

As I crossed the finish line and was now thoroughly exhausted, I muttered to myself, “We did it Tiger, we did it.” I clicked off the Garmin was astounded with what I saw.

A time of 42:46! This was my fastest 10k in 10 years, and best at nearly a mile high. I had only run one 6.2-mile race quicker, ever. Apollo Creed in Rocky III might even have said that I ran with the Eye of the Tiger.

After the event, I talked with some speedsters from Tuesday Night Track, then with the family of my good friend Raquel, and then with Amber, Joyce and Tammy from the Fort Collins Running Club. We watched the runners in the Elite Race come in, and then post-race ceremonies that included a tribute to fallen firefighters.

The whole event was punctuated by skydivers bringing in flags into the new CSU stadium. One of the skydivers was my friend Travis from my Spanish conversation group. You can see him in the video below. It was really cool.

I especially loved the part where Travis looked like he was falling way too rapidly, yet managed to swoop in and gracefully land on his feet, just as Tiger would do.

I’d like to think Tiger’s spirit is now in a pain-free state, free to leap, dive, wrestle. And run.