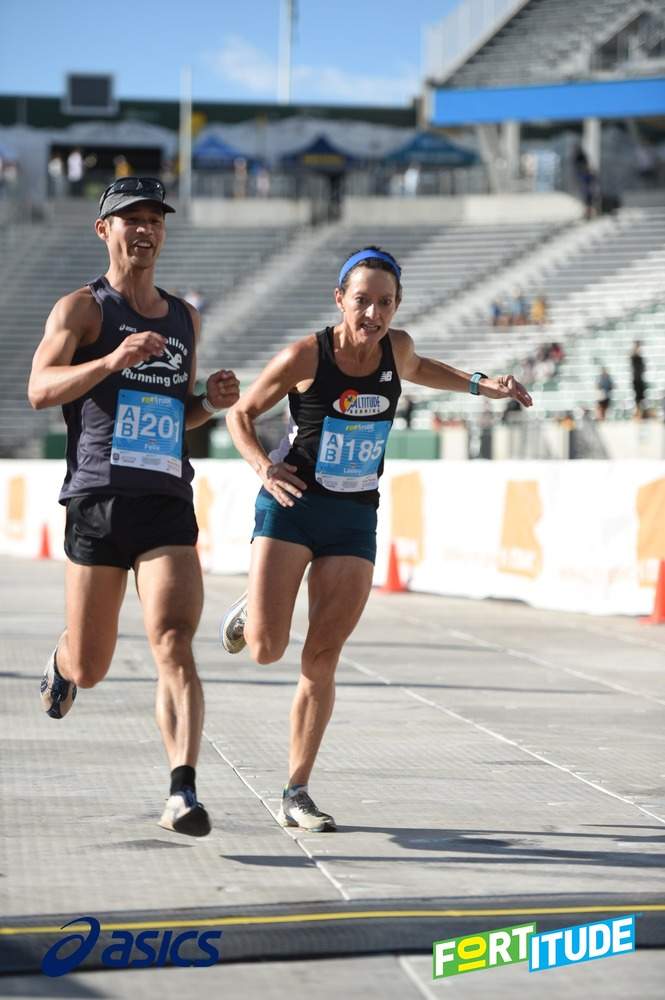 I’ve been running a decent (if far from spectacular) amount of miles this year which made me believe that I could run the Fortitude 10k within a minute of my 42:46 time from two years ago despite the forecast heat of the morning. So my pre-race goal was sub-44 minutes.

The race started well enough. The first mile ticked off in 6:44 and the second in 6:55, and I wasn’t breathing too hard. The next couple miles were a bit slower—over seven minutes per mile—but not enough to panic.

But by the fifth mile the temperatures had risen to over 80 degrees and were unshaded. I think mentally I was a little too relaxed and did not summon the reserves I needed to put in a good final mile split, which resulted in a way-off-pace 7:32/mile split. Whoops.

That alone made me miss my overall time goal. It also didn’t help that I underestimated the amount of distance runners would have to round Sonny Lubick Field inside Colorado State University’s Campus Stadium, so despite putting in a decent sprint (where I even got elbowed at the end) at the end it was too late. Next time I should start sprinting the instant I hit the rubberized track surface.

Final time was 44:07. File this away as another so-close-to-my-time-goal races.

Oh well, at least it was a fun event. Especially post-race festivities! I met up with Kristina and we visited some booths and watched the Labor Day celebrations together. This included my friend Travis Annemeier skydiving into Sonny Lubick field. So cool.

Fortitude is basically Fort Collins’ version of world-famous Bolder Boulder (it is even put on by the same organization), and is a A+ event, especially since it has an elite race that follows the citizens’. It may be the only race in Fort Collins that finishes inside Campus Stadium. Kristina has run it each of the last three years it has existed. I can see myself making this an annual tradition, too.