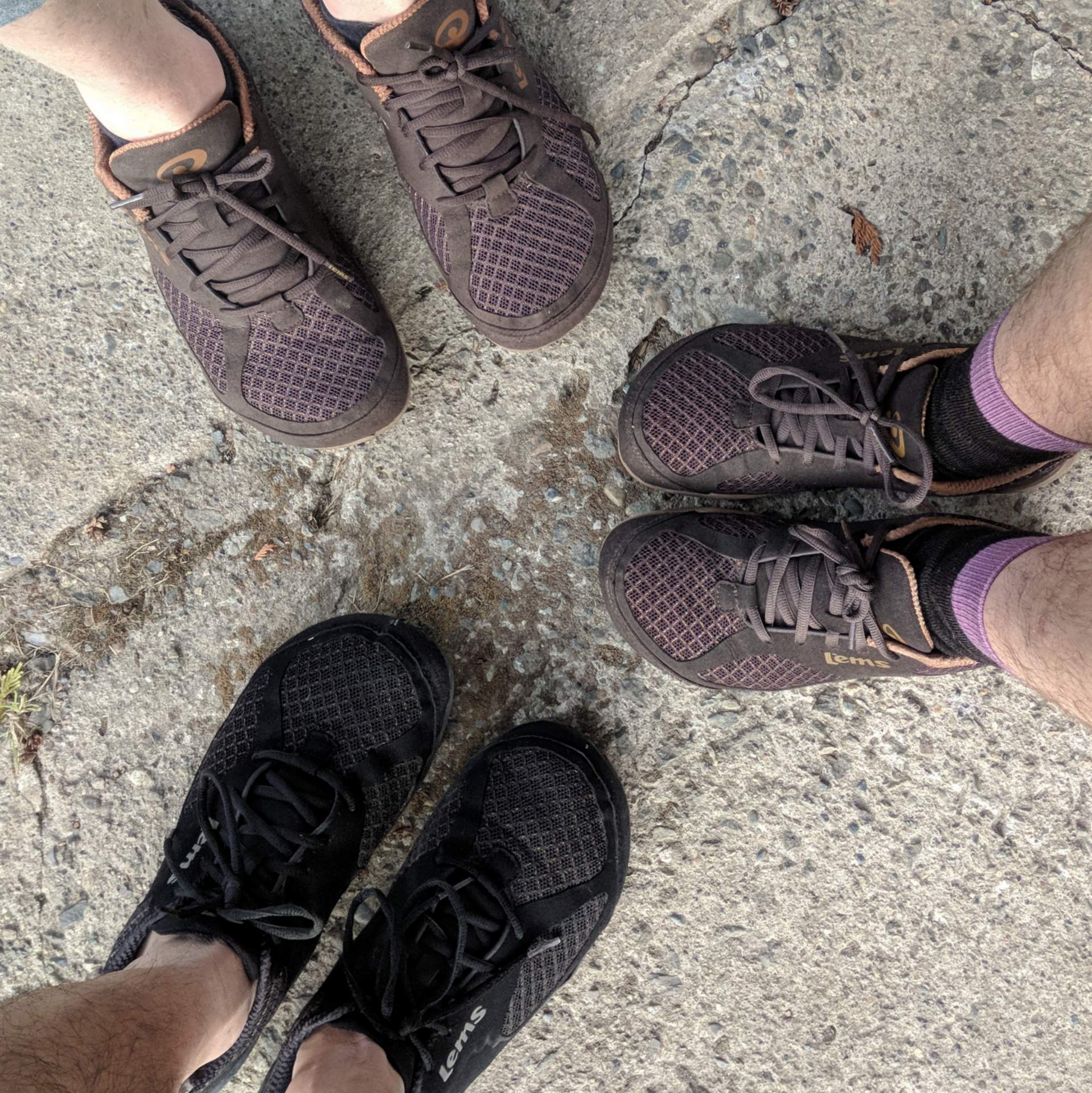 After the Puma H-Street shoe—a favorite among minimalist and POSE runners—was discontinued in 2012, I hoarded a few pairs and use them for racing only. That way I will have my long-time favorite shoe available for racing for the next couple decades. For training, I sought out an alternative shoe. In 2017, after discovering the Primal 2 shoes made by a minimalist shoe company called Lems, the search was over.

While I prefer the Puma H-Street for racing on roads due to their lighter weight (5.8 ounces vs. 8.4 for my size 44 Lems—or 7.1 if you take out the insoles), I like the Primal 2 for the following reasons:

To the last point, I got 1400 miles out of my first pair before the first holes in the sides of the shoes developed. The tread in the soles of course was worn down, but there were no holes in the soles by that point. Granted, over 700 of those miles were hiking the Camino de Santiago and walking around Portugal and Spain—instead of more impactful running—but their longevity was impressive nonetheless.

My second pair of shoes did not last quite as long. I discovered a hole in the sole after 999.3 miles. So close to 1000 miles!

Otherwise, the outside of the shoes still look good. Good enough that I’d consider using Shoe Goo on the hole to keep the shoes in service until I can order another pair.

The insoles are totally disintegrating, though. The bad thing is, because of the wide toe box, you can’t just go out and buy some cheap Dr. Scholl’s inserts and cut them to size. The good thing is Lems sells insoles for the Primal 2 for a very reasonable $6! I’d recommend considering adding a pair to your order when you buy the shoes so as to not incur extra shipping charges.

In conclusion, I really like the Lems Primal 2. So do my friends Erin and Russ, who alternate between these and reptile-looking Vibram Five Fingers. In fact, when I went to visit them on the Olympic Peninsula of Washington state the other week, they were wearing them.

Which begs the question: what are the chances of THREE people wearing Lems Primal 2 shoes in one place?