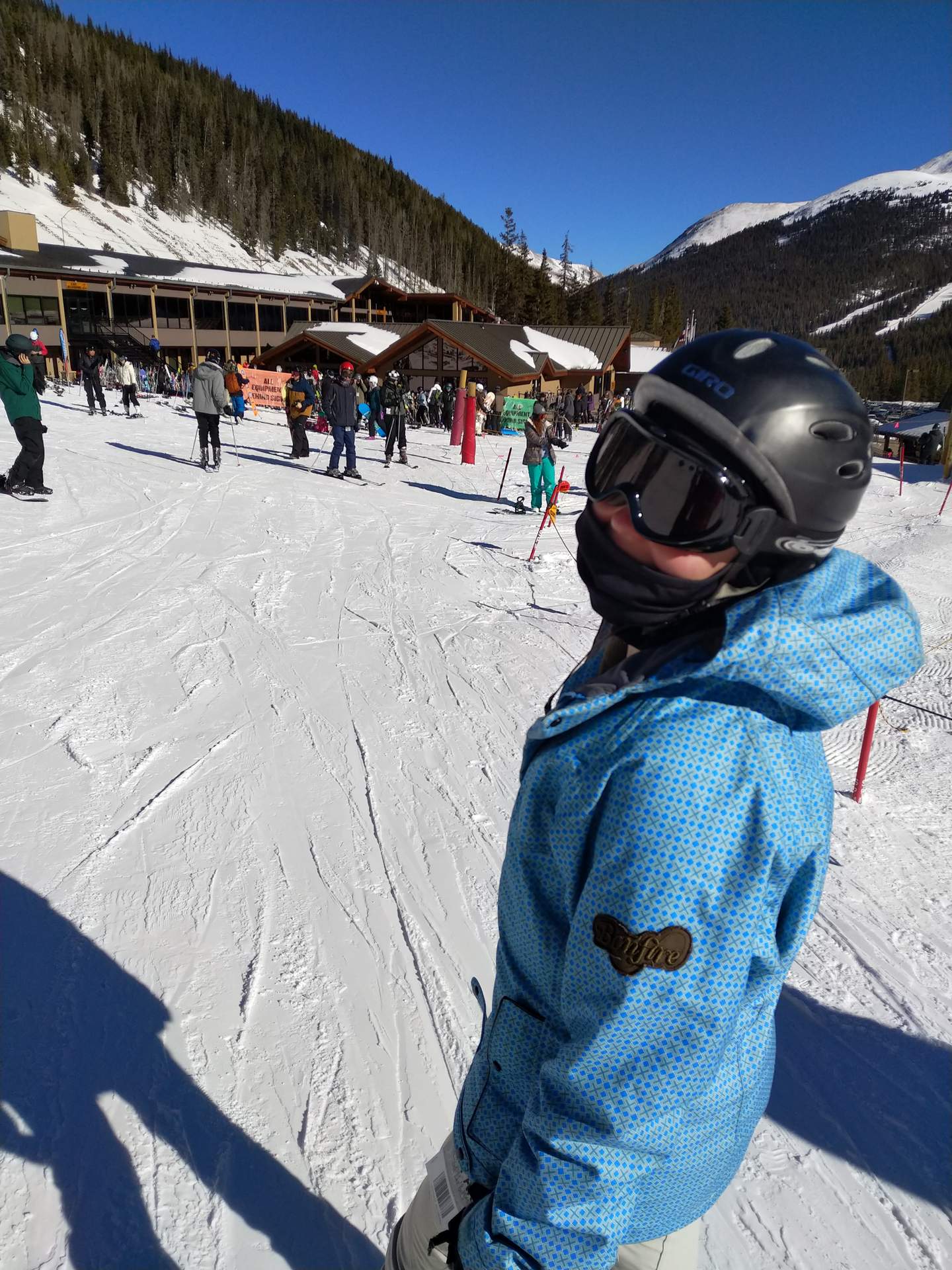 A few years ago I pretty much gave up on downhill skiing for good. It’s dangerous (remember Michael Schumacker, Sonny Bono, Michael Kennedy—not to mention the many people I met who broke their legs while skiing or snowboarding), expensive, and time consuming when you need to drive for a couple hours to get to the nearest ski resorts. Also, when you are not good at it, it can be more terrifying instead of fun. I have little fear bombing down certain descents in Fort Collins on a road bike at 50 miles per hour, but going down steep runs on skis at more than 20 MPH gives me the shivers. That is, if the cold doesn’t already. No thanks.

But recently Maureen (who loves snowboarding and is one of those I know who broke her leg doing so) won some free tickets to Loveland Ski Area from a work raffle. Would I like to go?

“I suppose I could just do easy runs,” I said, agreeing to the idea. I never had skied at Loveland before despite being at or passing by the resort for the 2016 Slacker Half Marathon and the 2017 Tim Kalisch Memorial Grand Loop Double Century. So it would be nice to check out these slopes. In addition, Maureen visiting the Idaho Hot Springs afterwards. Perfect.

Ultimately, it was a great trip! The key was sticking to the green runs instead of going far outside my limits. In truth, even the first green run was nerve-racking during the first five minutes where a semi-steep pitch was enough to enough to psych me out before getting my ski legs back. After that, I felt fine doing repeats on that same route (Lift 2), and after taking a lunch break with Maureen, attempted going down Chet’s Dream, a longer, harder green run.

My legs were pretty fried after that one. Back to Lift 2…

Maureen patiently went with me on most of the runs on her snowboard even though they were too easy for her. Later in the afternoon, she did some blue (and a black?) routes and we met at the bottom.

We both survived with no injuries which for me is 90% of the way towards a successful ski trip. The weather was very good with sunny skies, no wind, and comfortably cold temperatures. The hot springs were a nice treat afterwards, too.

Just don’t ask when will be the next time I go downhill skiing. Maureen might need to win more ski tickets for that to happen.