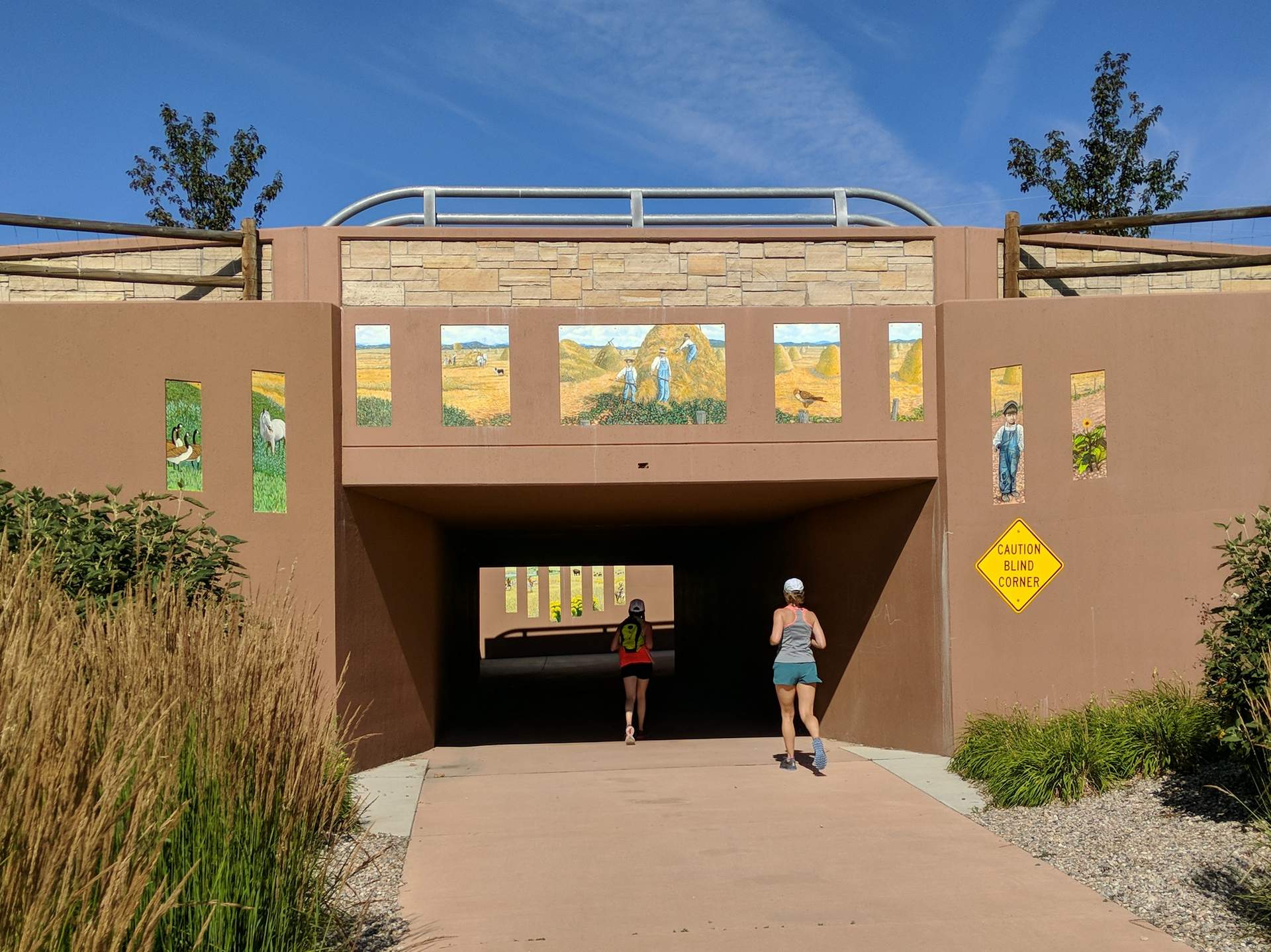 When the first rays of sunlight broke through the horizon the morning of the second annual DIY Hearthfire Ultra—an event primarily organized by participants for themselves (hence the term DIY, or do-it-yourself)—I was already behind. Behind Alene, that is—my friend who came up with the idea for the first annual DIY ultra-run last year. This morning she started at 4 a.m. on the patio of our friend Crisann who lives only a couple doors down from mine, whereas I kept snoozing the alarm from that hour until 5 a.m. I finally rolled out the bed and peered out one of the front windows and noticed that a red Mazda SUV was parked on my driveway, which I knew was our friend Mel’s. So not only was Alene already on the road, but so was Mel.

I finally got myself out there at 5:37 a.m. But my laggardness would carry on through the rest of the day.

First, my friends Brooke and Rachel came over only a few minutes apart at 6:30 a.m. That was worth a few moments of chit chat inside the house. So was going over to Crisann’s patio, which Alene had designated as the official start line of DIY Ultra.

We then all ran a bit together until Rachel had to do a phone call interview. I hung out with her inside my home until the call came through, and then Casey came over and I ran with him. He came over to run a couple laps during his lunch break.

Then shortly before 11 a.m., both Brooke and Rachel had declared themselves done! Brooke was racing in the Human Race half-marathon the next day so she stopped after 16 miles, and Rachel finished after 13.1 miles, her longest distance ever. I was proud of both of them.

By that point I had 25 miles done already, so I was happy to take the two over to the neighborhood pool… along with margaritas.

We hung out in the water, then on lounge chairs by it, mostly just talking, goofing off and having a grand old time. Eventually Mel came over to the pool too, after she was done running 50 km (31 miles)—a personal distance record for her. She brought over Prosecco in order to make mimosas, and I also made her a margarita.

Brooke, a lifeguard in a former life, was happy to demonstrate her diving form:

Meanwhile, Alene was running and walking and racking up a whole lot of miles. Every hour she texted us about her progress (while calling us “slackas”), and she had already completed 39 miles by the time the ladies and I decided it was time to wrap up our pool session. It was 3:00 p.m. then—so we were at the pool for four hours. Whoops!

I then resolved that I was going to have to get out there and resume running… after taking a quick shower. But as I was exiting the front door my friends Carolyn and Jon—whom I had visited in Brighton and Cove, England back in March—were standing in front of the doorstep. They were in Fort Collins for a large CRU conference and kindly stopped by to say hello. So we talked for a while, and I was not back on the road until 3:35.

Now Alene had completed 42 miles while I was still at Mile 25!

After that I finally got my focus together and basically did not stop making forward progress until taking a quick dinner break at 7:15p to wolf down a can of Chef Boyardee and some pickles:

She promptly took off, so I was now the only one out on the road.

With her gone and darkness quickly setting in, my energy waned. To make the last 12 miles mentally easier, I decided to do three 4-mile loops that went through the Maple Hill neighborhood east of my own (Hearthfire).

Unfortunately, my legs were tired enough that I struggled to tick off a 13-minute mile via running. So for the last three loops, I decided to “Camino” it—basically just walk as I did on the Camino de Santiago across Spain a couple years ago.

Doing so meant that my pace was now a mere 20 minutes per mile. But it was sustainable. And relaxing. It was also interesting to see what kind of “night life” there was in the very suburban neighborhood of Maple HIll.

For example, at one house there were a bunch of people out on lawn chairs until about 11 p.m. Guess they were having a Friday night party.

Around 11:30 p.m., there was a Ford Mustang cruising up and down a street. I decided its owner must have been testing some repairs or modifications.

At 12:15 a.m., there was a guy riding a BMX bike. I could only guess why he was out there. Maybe commuting home from Old Town?

That was a bit later than I had initially envisioned, but I also didn’t imagine I’d be stationary for a total of 6.5 hours during the event!

“In hindsight,” I wrote Alene the next day, “I probably shouldn’t have hung out at the pool with the lovely ladies for 4+ hours.” Yes, probably something to remember were we to do this again next year (I hope so).

You can read Alene’s write-up on her blog, including something about an Ice Cream Monster.

*At Mile 35 I put the Garmin on the charger and switched to my phone for logging. However, I failed to start the logging app until I was already partway around Richards Lake, which is why the Strava route below makes it look like I swam across the lake. Bottom line is 0.4 miles was not recorded in the Strava data.