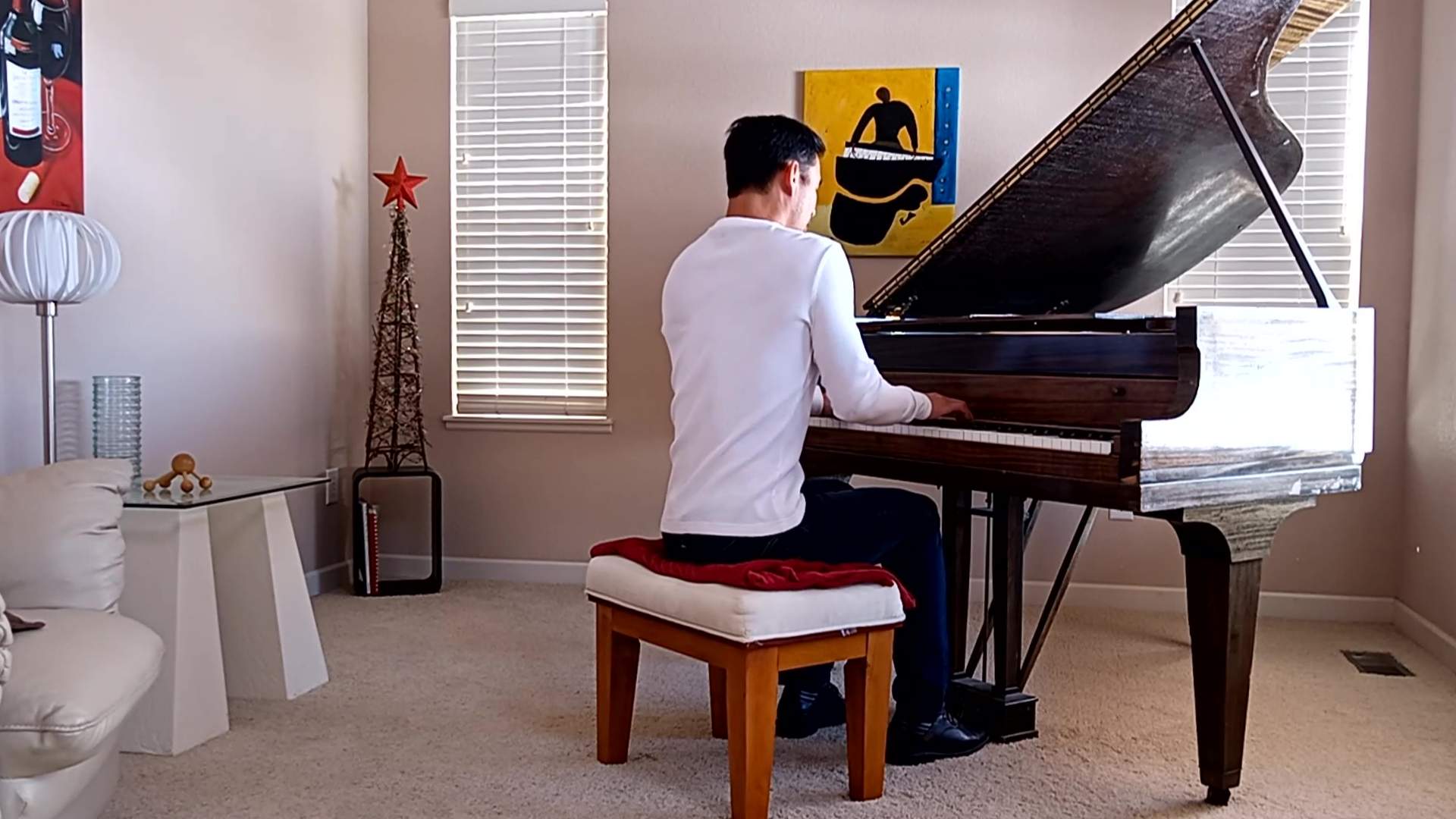 The COVID-19 concerts continue! This one is In the Morning Light, which is a song that Yanni wrote approximately three decades ago and, much later, said he used to help his daughter fall asleep at night.

As with last week’s virtual recital, I tried to perform this song in one take in order to practice playing under the pressure of one-and-done. However, I ran into some difficulty: I practiced on a modern keyboard, and when I tried playing it on the 1924 Chicago Cable Company baby grand, the third-octave E key kept getting stuck. So I had to take apart the piano to try to fix it… but in doing so, also broke a few hammers. Whoops.

Well, it was nothing a little hot glue couldn’t fix:

I also had to retune a couple of badly out-of-tune notes. So the video below ended up being a third or fourth take.

Maybe one day I will try to record a more mistake-free version. In the meantime, I’m going to work on anther song for the next virtual concert.

Bravo! Encore! from your proud parents. Dad and Mom

P.S We have shared your performance to other people. ↩Reply

The sunrise is a perfect backdrop to your concert this morning.. .the promise of a beautiful day! Thank you! ↩Reply

It's so wonderful you could enjoy a sunrise this morning. Not over here; too much smoke from wildfires. Take care and thanks for the note, Laura! ↩Reply