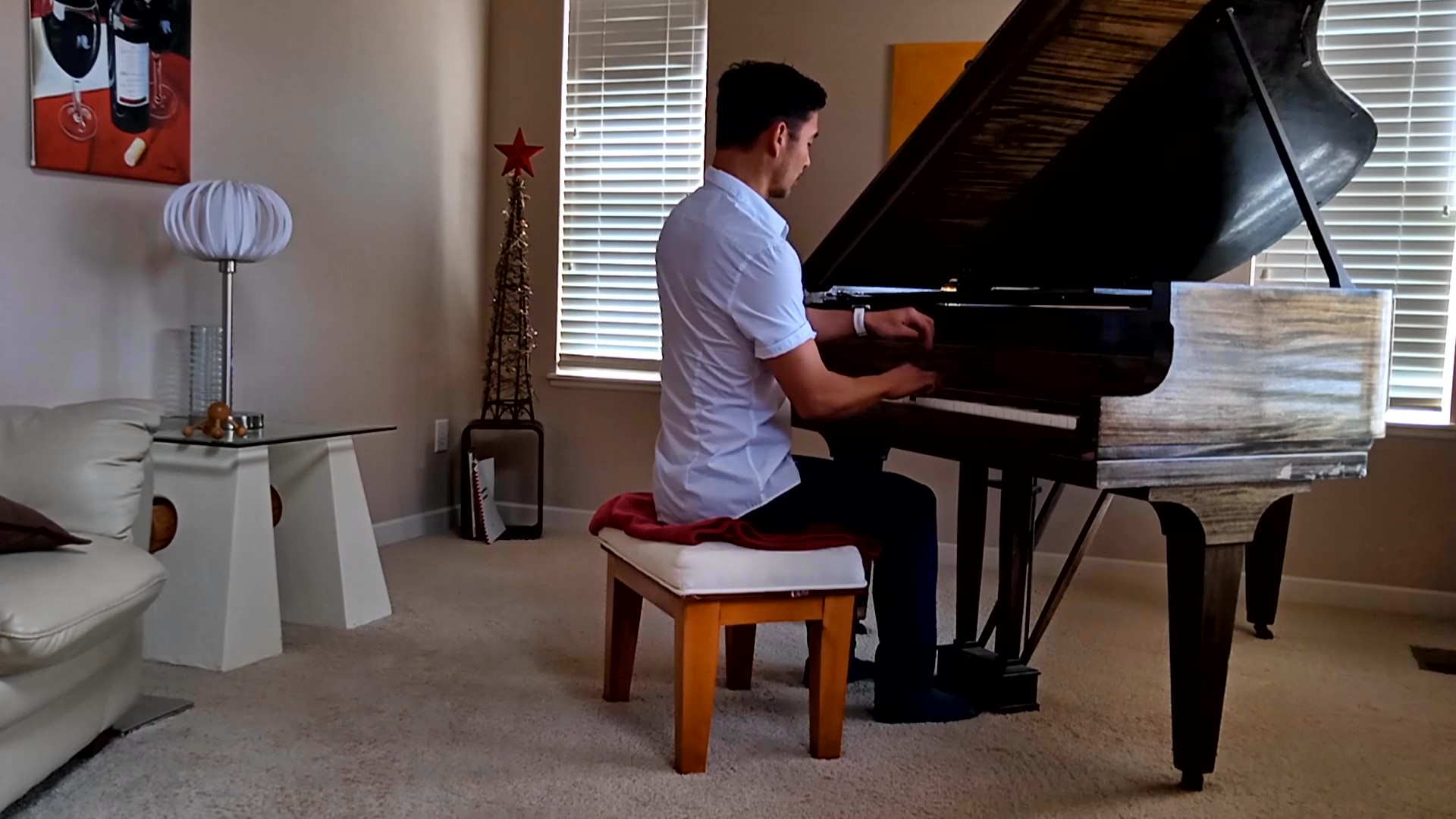 During the last few years for instances when my workload was heavier, I would go into Cohere Co-working once or twice a week. It was a good way to minimize the omnipresent distractions of home like cat, entertainment, and refrigerator while having others around to socialize sporadically with and keep each other accountable.

However, with Colorado’s Stay-At-Home orders during the Coronavirus Crisis of 2020, that wasn’t possible. So to keep the Cohere community alive, Angel—the founder and head honcho of Cohere—implemented a number of virtual events on Zoom including Thursday Lunch Hours. During the first one, one of the participants told us about how he and his daughter were practicing the guitar together.

“You should play us a song next Thursday,” I suggested. They obliged, hence kicking off something of a Thursday Lunch Hour tradition. Another Coherian played some Disneyesque piano jazz songs for us the following week before Angel shot me an email asking if I could play something for the group during the next one.

“OK,” I replied. Never mind that I haven’t practiced more than, oh, two hours per year for the last six or seven (or eight?) years, nor had I given a musical performance since taking AP Music Theory in high school. Surely I could put something together in a week or, more precisely, six days?

I chose a song by Yanni, mainly because I already had sheetmusic for it. Yanni is a Greek musician/songwriter who was a champion swimmer—even setting a Greek national record in the 50 meter freestyle event. He then attended the University of Minnesota in 1970s despite knowing almost no English, and in between manic studying with dictionary in hand and wild partying, he developed a passion for playing the keyboard. In spite of—or maybe because of—not knowing how to read sheetmusic, he started writing his own songs with his own freehand notation system, and later gained immense popularity with performances featured on PBS in the 1990s. He also gained acclaim for his concerts at the Forbidden City in China, the Taj Mahal, and the Acropolis… and also for a decade-long romance with Dallas star Linda Evans.

Anyhow, the song I performed was Reflections of Passion. Below is a video of how it went.

It was not a flawless performance, but I successfully heeded the words of my childhood violin teacher, Mrs. Wilcox: “If you make a mistake, don’t stop; just keep on going.” And so I got through it—my first piano recital in a quarter-century, and first virtual one ever.

I’m not sure when will be the next time I perform for Cohere, but as long as the Stay-At-Home orders persist, I intend to learn and record one new song a week, if only for my YouTube channel. The next one will probably be another cover of Yanni. Stay tuned!

Bravo Felix!! There is seemingly no end to your talents and skills!

Glad you are safe and well. Looking forward to reading about more of your adventures again once the quarantine restrictions lift.

Glad to be safe and well here in NYC.

Thanks Jim! So glad you are well and safe in NYC. Take care my friend! ↩Reply

You, my friend, are amazing! ↩Reply