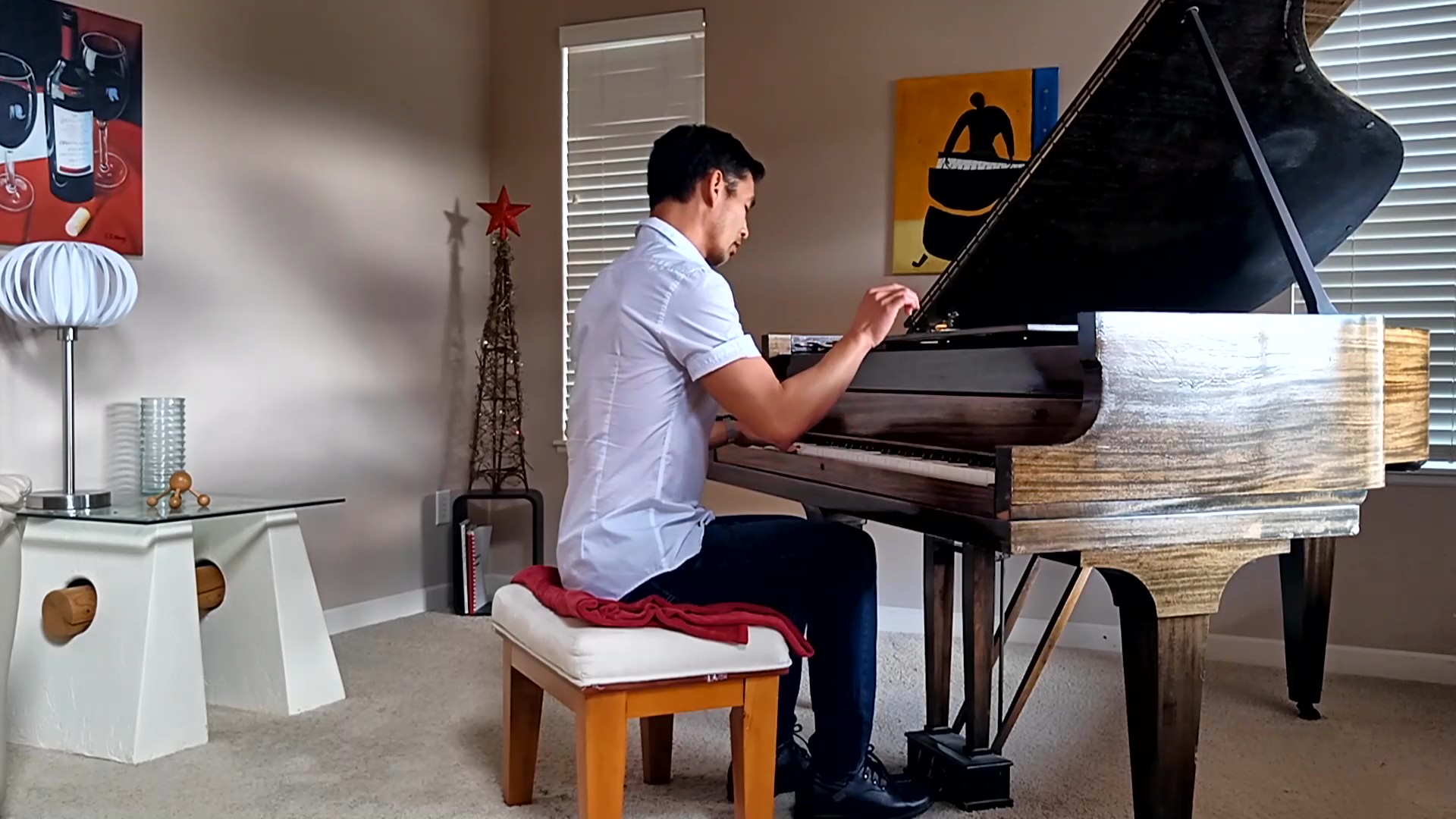 For the fourth piece in the series of the COVID concerts, I picked a song by American piano pop music songwriter Jim Brickman called All I Ever Wanted (1995). I expected it to be a relatively easy song to learn considering it was technically not nearly as difficult as, say, Jean Sibelius’ Romance, and the sheet music was only four pages long. But for some reason I had some trouble memorizing the song, maybe because there weren’t as many repeating stanzas as there often are in classical piano. So many times I’d get to a point and have to think, “What’s next?”

Thanks to my neighbor Crisann for being an audience for this one. She had requested that when I do the virtual concerts, I let her know so she could go to her back porch and listen. I messaged her in advance and opened the rear windows when ready to play. It simulated the pressure of a real concert a little better.