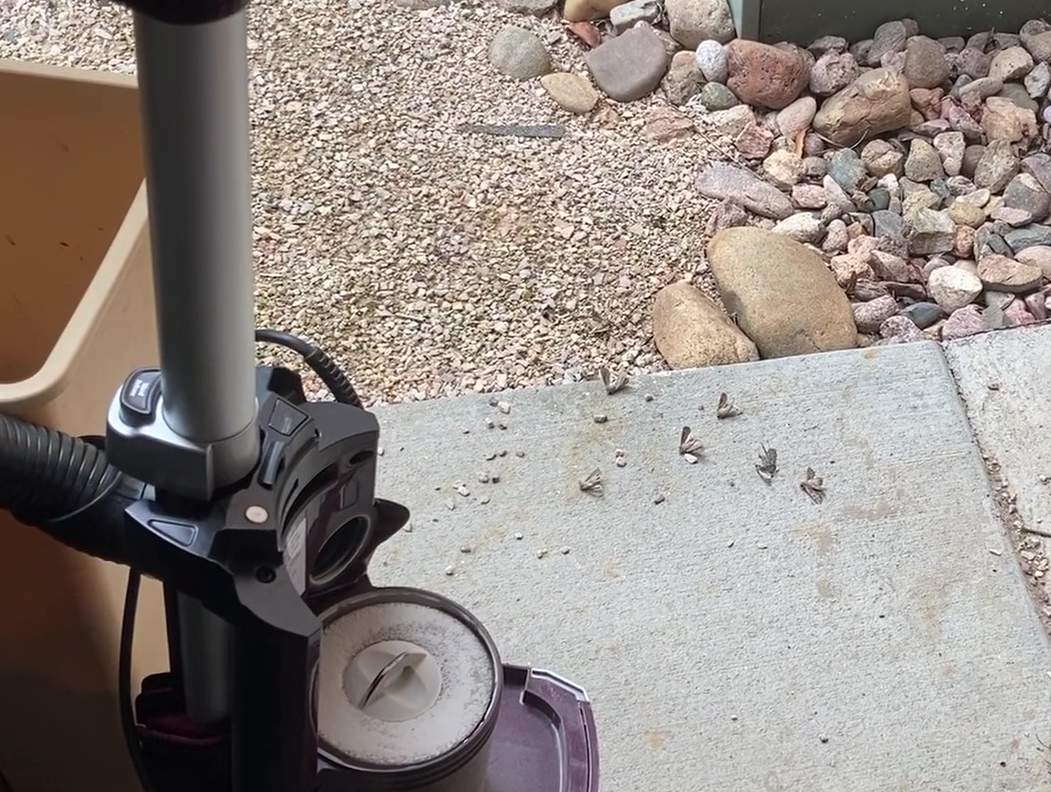 Every year at around this time of year, moths invade my home like bargain hunters overrunning Walmart on Black Friday. Is this a common thing around Northern Colorado? And how in the world do they get in? Beats me!

So how to solve this problem? In previous years, I would outsource the task to my kitties:

However, Tiger went to the big kitty playground in the sky a few years ago, and Oreo—while as energetic and rambunctious as ever—seems to take no interest in those pesky little fellas nowadays.

You could try to play badminton with the moths using a fly swatter, I suppose, but that kind of seems potentially messy. Not to mention, unnecessarily violent—especially if you subscribe more to the “catch and release” fisherman philosophy.

Anyhow, so this is the BEST solution I have come up with: use the vacuum cleaner!

Now, granted, this only works with some vacuum cleaners on the market: particularly, ones with hose extensions. As it turns out, my Shark Rotator Lift-Away vacuum is perfectly suitable for the task. All it requires is pushing a button to detach the vacuum “wand” from the vacuum body, turning it into a Ghostbuster-type suction sabre of sorts. Then, direct the wand near the moths and voilà! Moth captured.

You can even release the moths into the wild after you are done. Sure, the moths may will be a little concussed after being sucked into the vacuum chamber. But they will probably survive. You can see at least one of them move after being dumped on the ground in this video I made, below.

Besides, I’m pretty sure the moths would rather succumb to this method of capture as opposed to being swatted and eaten by a furry four-legged feline.

Anyone else have a better method?