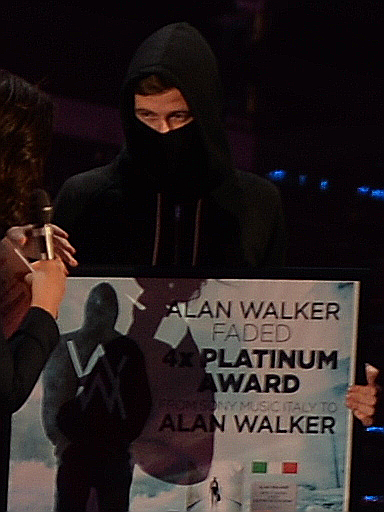 I woke up this morning with the whiff of smoke lingering inside the house even though the windows were closed. Nothing was on fire inside the home and the smoke alarms did not go off, but the wildfires ravishing the western United States had annihilated any resemblance of clean air. The air quality index was well over 200, which is unhealthy even for individuals with no exacerbating conditions like asthma or pulmonary edema. For reference, the air on an average day in smog-choked Beijing is purer.

Indeed, this is how the air looked like outside:

“I may now have to wear a mask in my own house now,” I thought.

In this crazy coronavirus year where wearing a mask indoors is mandatory in public spaces anyhow, maybe that didn’t seem too outlandish. So for the morning, I decided to try wearing mask out of curiosity.

Plus there was another reason. Alan Walker.

Who is Alan Walker, you might ask? He’s a British-Norwegian music producer and DJ whose music had gone viral. What’s more interesting is that he was only 17 years old when he created his first multi-platinum song, despite having no formal music training. In fact, he learned how to produce music by watching YouTube videos.

If you had been watching homemade YouTube videos around 2016, you probably heard his first masterpiece called Fade, as it was first released by NoCopyrightSounds on YouTube as a royalty-free song that seemingly every millennial used as the background for their short films. The song on YouTube even has more than 418 million views at the time of this writing. He then came out with a version of the song with vocals called Faded, and the music video for that on YouTube has now surpassed more than 2.8 billion views. That’s incredible. In fact, that’s the 21st most viewed video of all time on YouTube as of this moment!

But even more fascinating about Alan Walker is how popular he has become and the image he has created for himself. For example, when he performs, he has been wearing a black mask that covers his nose and mouth since 2016. He says he does so because:

It is to keep a low profile while maintaining the mental image they have given me. I think it’s pretty cool. A little twist that makes people ask themselves questions about who really is the person behind Alan Walker.

The mask is more of a sign and a symbol of unity and being alike each other, rather than me being different.

Of course, his fans like to joke, “Alan Walker had been prepared for the coronavirus for years!”

Anyhow, since I have been learning how to play the piano version of Faded, I thought I’d try playing the song with a mask. Because of wildfires, coronavirus, and Alan Walker.

Here’s how it turned out:

Let me tell you, I got pretty hot in the mask (which my neighbor Crisann had made me; thanks, Crisann!) very quickly, plus it even interfered with my sightlines a little while looking downward at the keys. It gave me an even greater appreciation for Alan Walker performing in his concerts wearing a mask.

A hoodie is also usually part of his trademark outfit, but for the purpose of this video, I deemed it unnecessary. Not that it would provide any protection from smoke or the coronavirus anyhow.