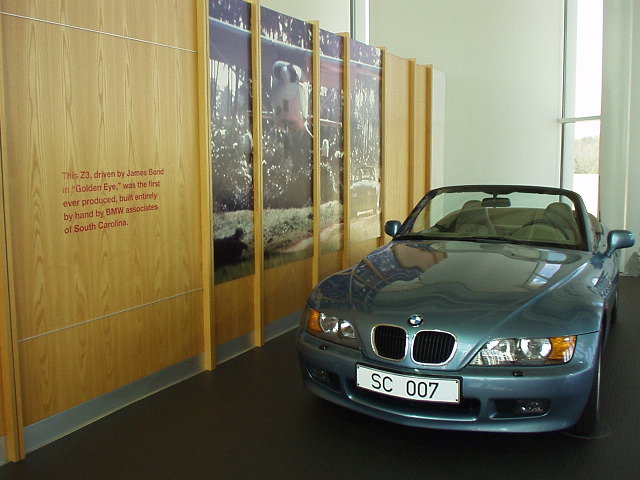 It’s probably a safe bet that not too many people will be calling 2020 as “one of the best years ever,” notwithstanding efforts to make the most of it. Which begs the question: what was the best year?

For me, it was indeed a good year. It started off with my then-favorite San Francisco 49ers, led by quarterbacking law student Steve Young, winning Super Bowl XXIX, which was amazing yet anti-climatic after they finally—finally!—beat the hated Cowboys two weeks earlier. I watched the game in a communal dormitory gathering room as I was still midway through my college career at Stanford University. It was one of the infrequent times I was not doing something strictly academic, riding my bicycle, or forced to endure to my dormmate’s incessant blaring of Alanis Morissette, who wrote and sang angry impassioned music that I’d only gain an appreciation for seven years later.

Later that year I declared mechanical engineering as my major, began working part-time to gain experience, bought a yellow MGB dubbed Goldie, and… started this blog. Well, sort of.

The term blog—which is short for “web log”—hadn’t even been coined yet, and it would only be a few years later that I’d buy the domain name you are reading this on, beating the surprisingly many other Felix Wongs to it, including a popular Hong Kong actor. I created my first web page inside the UNIX lab on the second floor of Stanford’s Sweet Hall, despite knowing nothing about computer science and it would be only a year later that I’d take one mandatory computer science class, CS106A, for programming in C. (Obligatory name-dropping tidbit: Marissa Mayer, then a fellow undergraduate, was my section leader for CS106A and she personally helped me after class and graded my assignments.)

This, of course, was years before YouTube tutorials. In fact, the World Wide Web itself was very much in its infancy and Larry Page and Sergei Brin were still a year away from starting Google elsewhere on campus. Before that, I had only used the Internet to write email and peruse USENET groups for information. But a former high-school classmate I was still in contact with sent me a student web page he created at the University of Michigan, which I viewed in the new Mosaic web browser, the predecessor of Netscape.

I looked at it and thought, “this is pretty cool. How could I create a webpage?”

And so curiosity got me asking student volunteer staffers questions like, “how can I upload an image to my student account?” (“Try FTP,” they replied.) I taught myself HTML by inspecting web pages’ source code and creating my first webpage via much trial and error. The page was hosted on Stanford’s servers at http://stanford.edu/~felixksw and was about the mostly non-running MGB I had in high school before Goldie, dubbed Migbee.

Anyhow… so at least on a personal level, 1995 was a pretty darn good year.

The first article was about the launch of Microsoft Windows 95. To be clear, I was not one of the folks who lined up at midnight to buy a copy like Apple fans later would during pre-COVID times for an iPhone. Heck, I did not even have a computer of my own at the time. But, I remember using and being delighted by this new operating system on the brand spanking new Packard Bell computers inside Stanford’s Meyer Library to do things such as writing a paper in Word. Back then, I had to save my files on one of the three or four 3.5″, 1.44 MB floppy disks I carried around in a small hard-shell box inside a backpack.

Up to that point, I had only used the shared Macs in the dorm’s computer room, the Sun workstations or rare NeXT black boxes (Steve Jobs’ company) in the said UNIX computer labs, and Windows 3.1 at work. Compared to all of those, Windows 95 was liberating, a breath of fresh air. No more waiting half-a-minute for a floppy disk to eject on a Mac. Hooray! No need to use the command line like on UNIX. Hooray! No more being limited to utterly stupid eight-character filenames like in Windows 3.1 or DOS! HOORAY!

That was the beginning of the now iconic and ubiquitous Start button. Windows even allowed you to easily change the desktop background image by right-clicking the mouse. (Two mouse buttons… what a novel concept.) I mischievously changed the background of various public computers in the Meyer library to a downloaded picture of a tomato-red Triumph TR-3 because, well, I adored classic British sports cars. That was about the extent of my roguishness in college.

In the ensuing decades I’d have my own struggles with the infamous Blue Screen of Death, computer viruses, comically bad UI design, etc. But after owning computers running Mac OS/X or Linux and using UNIX work computers, Windows 10 is far and away my favorite operating system. And it owes both its existence and UI to Windows 95, which was arguably the first modern Windows.

The second article had nothing to do with computers, but was related to one of my great passions in life: two-seat convertible sports cars, also known as roadsters. Specifically, it recounted how the BMW Z3 was introduced 25 years ago. Whether or not its production launch date was August 24, 1995 like Windows 95’s is not entirely clear to me, but the timing of the two articles seems to imply they were at least close.

Anyhow, if I read that Spanish article correctly, BMW started production of the Z3 Roadster in its brand new Spartanburg, South Carolina factory, making it the first Bimmer to be manufactured outside of Germany.

The car made its public debut on the big screen in the 1995 James Bond film, Goldeneye, whose title I’d even use but truncate when naming the MGB I bought only weeks earlier.

About the Z3’s cameo, I wryly noted at the time:

Bavarian Motor Works sure paid a lot of dough to have the car shown for 5 seconds in a scene where Bond’s gizmo-man says, “Hea’s yo new cah–it’s a Beeeee Emmmm Doubleyouuuuu” and then for 15 more seconds where Bond (slowly) drives some chick through a flower field. (And no he doesn’t even seem to be liking it!)

From the Logbook: Keeping the Faith on Thanksgiving Day

Sarcasm aside, that Bondmobile commenced a revival of premium European roadsters, including the Porsche Boxster, Mercedes SLK, and even the Audi TT Roadster that I own today. Heck, it was such a great car that I even had a Z3 myself—the 2000 refreshed version, with the re-sculpted rear wheel arches in the iconic James Bond Atlantic Metallic Blue color—from 2000 to 2003. I only let it go when I decided that its significant annual depreciation was not helping my goal of building up a sizable nest egg for eventual early retirement.

To this day, I still consider it the best driver’s car that has ever graced my garage with its melodious straight six, smooth-shifting stick shift, and telepathic steering. And I am grateful that its contemporary rivals still are produced, even if BMW itself had since lost its way a decade after the first Zed-three, first with “Bangle butt” and then with bloated, automatic-shifting cruisers with electric steering that lacked the feel of their Ultimate Driving Machine predecessors.

So for the above reasons alone, you wouldn’t get much argument from me that 1995 was one of the best years. It certainly was far from the worst.

Another reason August 24th was a great day

It turns out that Alan Walker—the music producer/DJ whose music I have been really into lately, enough to even learn a piano cover of one of his songs—was born on this day 23 years ago!

Anyone want to make the argument that 1997 was one of the best years?

Maybe in the future I’d look back at 2020 as not only the year of the coronavirus, but when I “discovered” Alan Walker’s awesome music and the Swedish pop star, Tove Styrke. Below is a video of her singing Alan Walker’s song called “Alone.”

She wasn’t the original recorded singer of “Alone,” but in my opinion, her rendition was the best. I like her own music too, but I really hope she teams up with Alan Walker more in the future.