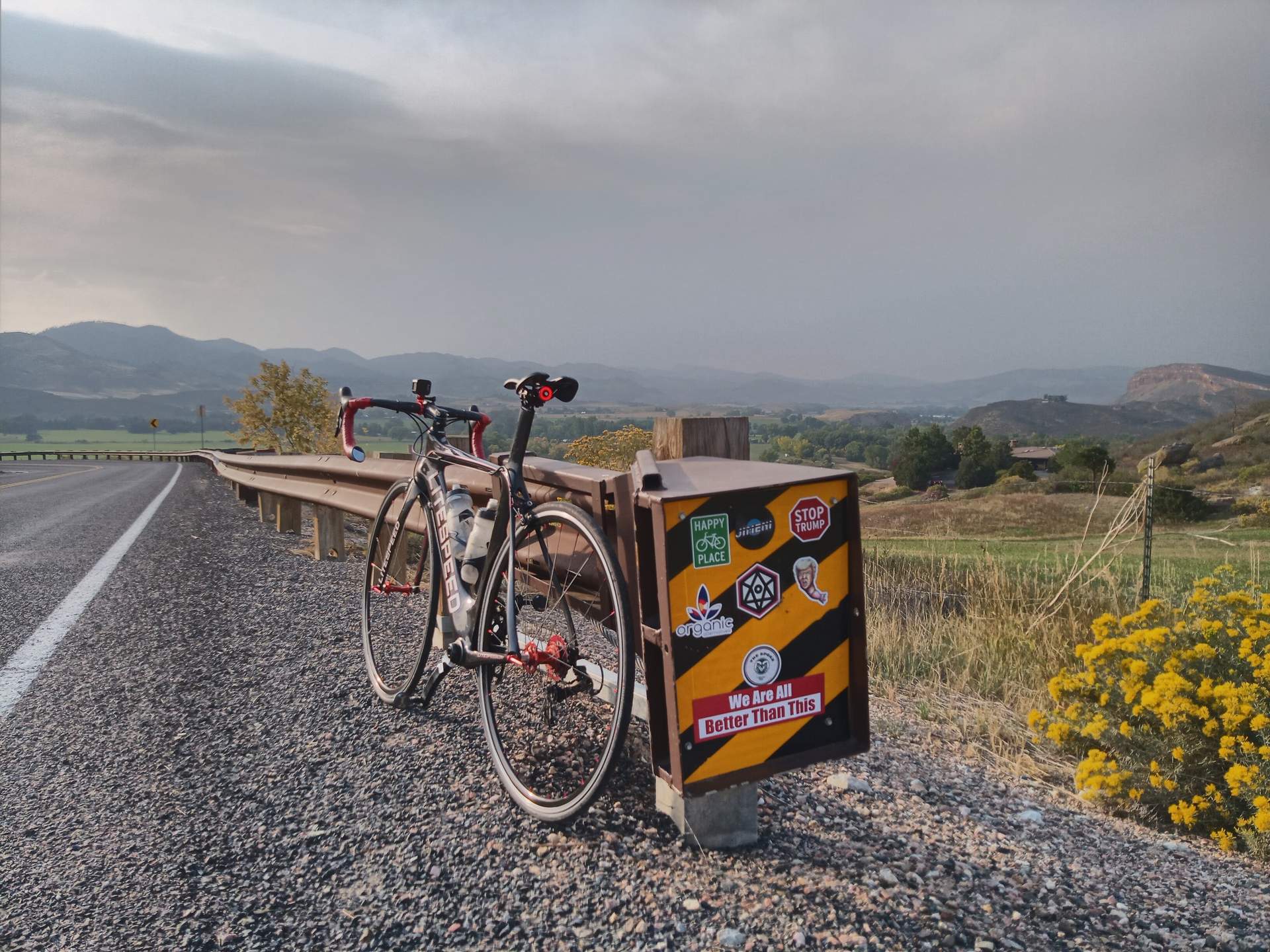 In 2019 and 2018 I rode the Buell motorcycle into the Poudre Canyon to view fall colors. But this year a couple things changed.

First, when the lockdowns began in March, I decided that this year I’d try to maximize how much I ride the bike and minimize the amount of driving I’d do. The goal is to come out of 2020 in better cycling shape than in 2019.

Second, the big Cameron Peak wildfire that started six weeks ago on August 13th is still only a quarter contained, and much of the Poudre Canyon is closed to through traffic. So riding that way was not even an option.

Therefore, on this day where the air quality was “not bad”—something to no longer be taken for granted—I decided to check out the fall colors in the Big Thompson Canyon between Loveland and Estes Park instead. Along the way, I figured there would be some fall foliage while riding through Laporte, the roads by the Horsetooth Reservoir, and Masonville. At the very least, there would be good scenery.

Below is a short video of some of the landscapes:

The ride ended up being a little longer than I guessed it would, as I did not look at the Garmin even once throughout the ride. I turned around on Highway 34 in the Big Thompson Canyon somewhere between Loveland and Drake, resulting in a ride that was 68 miles or 109 kilometers long. A little bit over a metric century; not bad.

As it turned out, the most vibrant leaf colors were actually in… my own neighborhood. Go figure.

It just goes to show that sometimes the greatest beauty is right where you live. As my friend Charis later pointed out,

The real voyage of discovery consists not in seeking new landscapes, but in having new eyes.