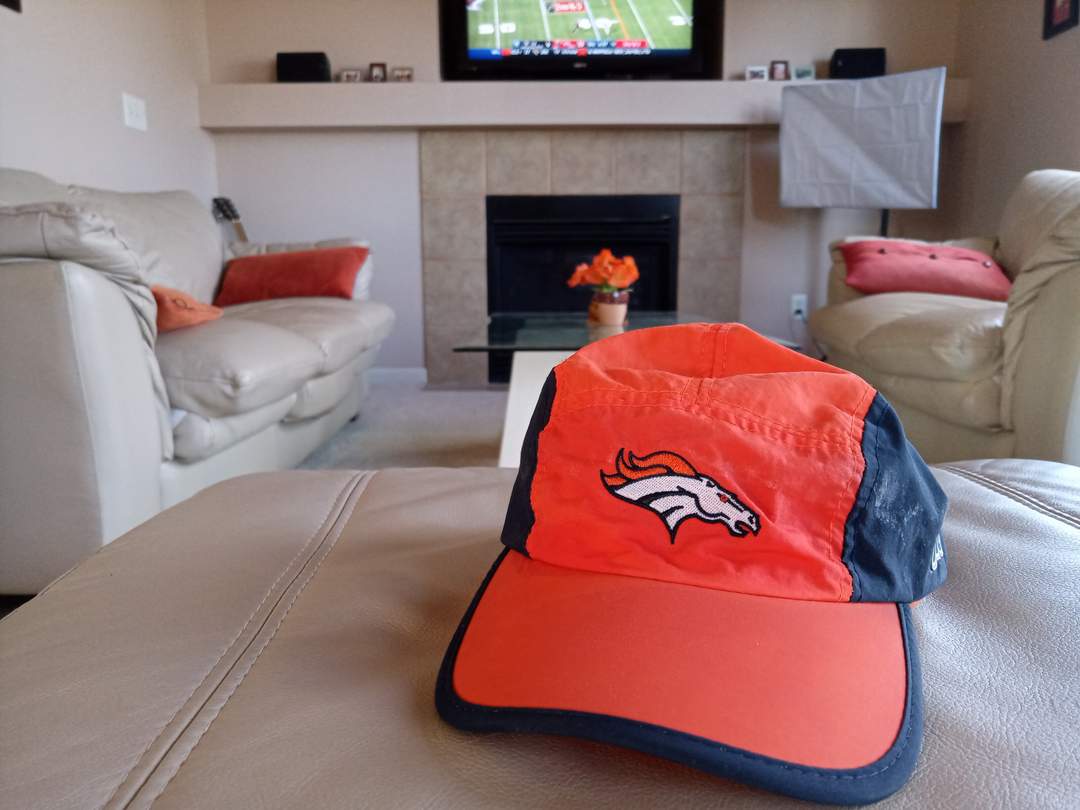 Have you ever wondered what might happen if you were called in late one night to fill in for a Very Important Position on your favorite professional sports team because, for whatever reason, the starter and the backups were unable to play?

As a sports-loving kid, this was something I liked to fantasize about and was probably a common dream for other American youths as well. Of course, this was an alternative reality scenario, stuff that only happened in Disney movies. Then again, so are lots of things that have happened in 2020, so it shouldn’t have been the biggest surprise when I received the following text from my friend Mel:

In the news I’m hearing ‘all Broncos QBs aren’t allowed to play tomorrow because of COVID exposure but the game isn’t cancelled.’ Soooooo…. we’re missing a key player.

“What?!” I replied. “Yikes. The Broncos are bad enough even with a quarterback. Without a QB, this should be really interesting.”

Immediately, I imagined what the Broncos would have to do:

It turned out that (1) and (2) were impossible since newly signed personnel would be required to quarantine for six days before being able to play, and the Broncos had less than a day. And the Broncos tried (3), asking the NFL if one of the offensive quality control coaches who played quarterback in college could start, but the NFL quickly shot that idea down saying that there was a rule against “stashing” players among their coaching staff.

Presumably, that would have also ruled out (4), leaving (5) as the most likely option in my mind. I eagerly anticipated what would happen once the Broncos took to the field against the Saints on Game Day.

As it turned out, (5) is exactly what happened, with the Broncos resorting to using one of their practice squad wide receivers who had gone undrafted and hadn’t even played a single snap in the NFL. This guy, Kendall Hinton, did play quarterback at Wake Forest, but finished his college career as wide receiver after everyone realized he was not particularly competent in throwing the football or in signal calling.

In fact, just a month ago, Hinton was working at a sales job before joining the Broncos’ practice squad.

Hinton, then, became a proxy for every armchair quarterback in the nation who had fantasized about being called in at the last minute to rescue a team despite almost no experience, no preparation, and no talent. He was the ultimate underdog, one that the entire nation (except for New Orleans Saints fans) would be rooting for.

How did the game go? You can read about it in Mile High Sports but let me say that despite rooting for Hinton 100%, I have never laughed or facepalmed so much in a single afternoon. Passing nine times for only one completion to your own team and two more to the other only tell part of the story; that one completion was the only time the ball was thrown closer to a Broncos player than the Saints defense. He should have been picked off two or three more times and had a quarterback rating of zero. I have never seen a football hang in the air so much during an NFL game and I seriously thought on a couple occasions that I could have thrown the ball more precisely.

By the end of the game it actually felt like a victory that the Broncos only lost 31-3—especially since it took the hero leg of Brandon McManus to boot in a field goal from a new personal best of 58 yards to avoid a shutout. It seemed like a minor miracle that Hinton managed to walk off the field instead of being carried off on a stretcher considering how he was getting pushed around like a little kid in an elementary school playground.

The game certainly begged the question: was this the biggest farce in all sports in 2020? It certainly was the most inept performance I have ever seen in professional football.

At least it conclusively answered the opening question: if I or maybe you were called off the couch to fill in for the most important position in football, the team would most certainly lose. We would likely not be able to complete even one pass, at least not to our own team.

For a highlight reel of Kendall Hinton’s efforts in this impossible game, view it on YouTube (the NFL forbids me from embedding it on this site).

Below is a fascinating interview with Kendall Hinton after the game, posted by the Denver Broncos. Among other things, Hinton said:

Not the Worst Performance

As bad as the numbers were for Hinton, apparently it wasn’t the worst quarterback performance ever—although you’d have to go all the way back to last century to find one worse. That honor goes to Ryan Leaf of the San Diego Chargers who also threw two interceptions to one completion—but with 15 pass attempts. Leaf also fumbled the ball four times and gained less yards on the ground than Hinton.

Not only did Hinton put up better numbers than Leaf—the second overall pick of the 1998 draft behind Peyton Manning—but he did so with less than four hours of preparation while playing out of position, making this feat even the more impressive. That explains why the Pro Football Hall of Fame even made a request to honor Hinton the other day. His wristband will be put on display at the Hall of Fame in Canton for posterity… not that anyone who watched the game will be forgetting it anytime soon.