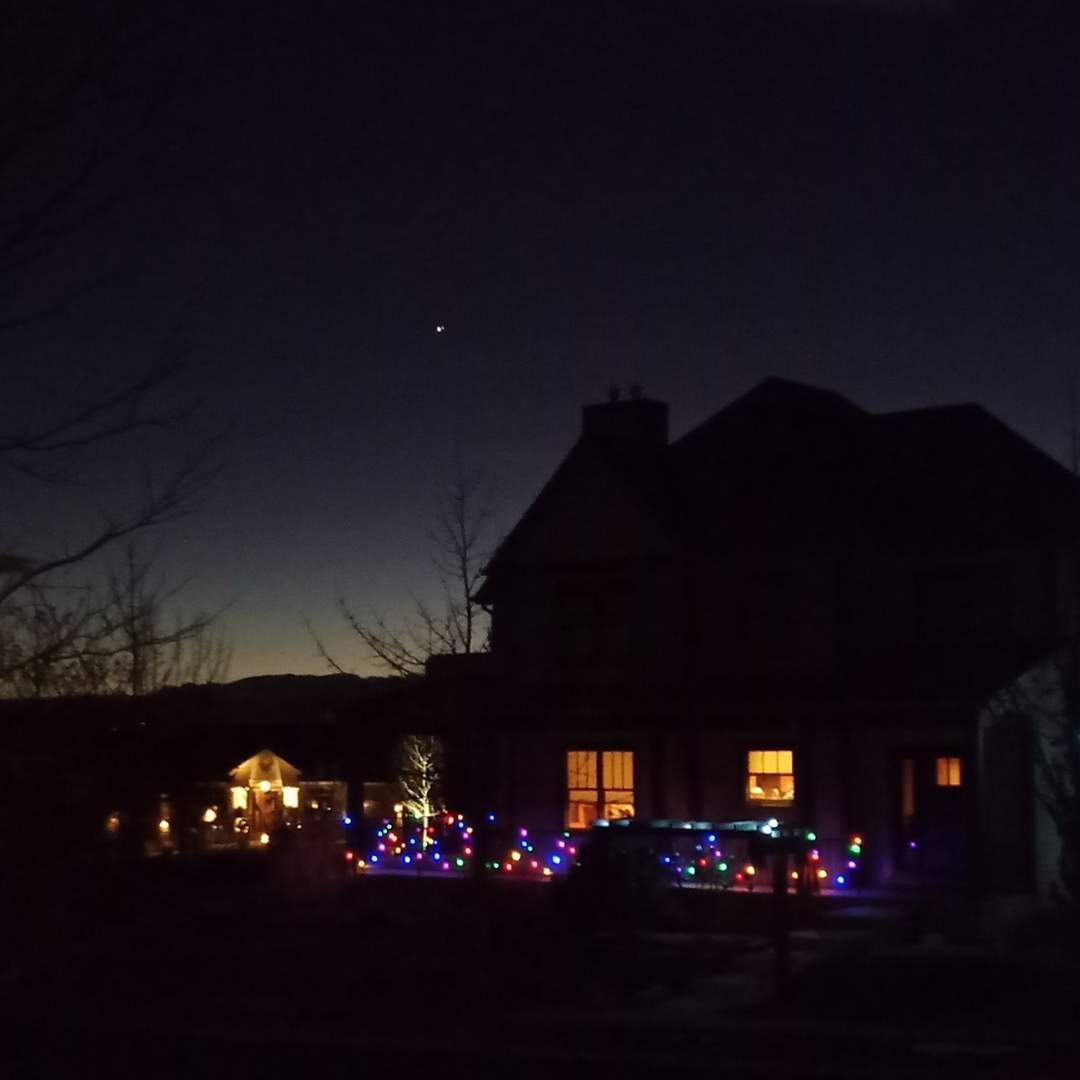 We had just commenced our Spanish Conversation videoconference on Zoom when my friend Matt told me to go outside and look at the sky.

“Jupiter and Saturn appear to be the closest in 800 years,” he said in español. He then explained where to look.

Happily, the two planets were easy to find in the sky due to the lack of clouds and the brilliance of Jupiter. Saturn was even visible with the naked eye slightly to its right. Even my camera without optical zoom was able to capture it. They were much easier to see than, say, comet NEOWISE in August.

That this occurred on the Winter Solstice made it extra special. As if this event was not rare enough.

A conjunction of the two planets takes place about once every 20 years. But the last time Jupiter and Saturn came as close together in the sky as on Monday was in 1623, an alignment that occurred during daylight and was thus not visible from most places on Earth.

The last visible great conjunction occurred long before telescopes were invented, in 1226, halfway through construction of the Notre Dame cathedral in Paris.

In this year filled with the darkest of days—both figurative and literal—the Great Conjunction was a rare moment of brilliance that symbolizes better days are ahead. Or so we hope!