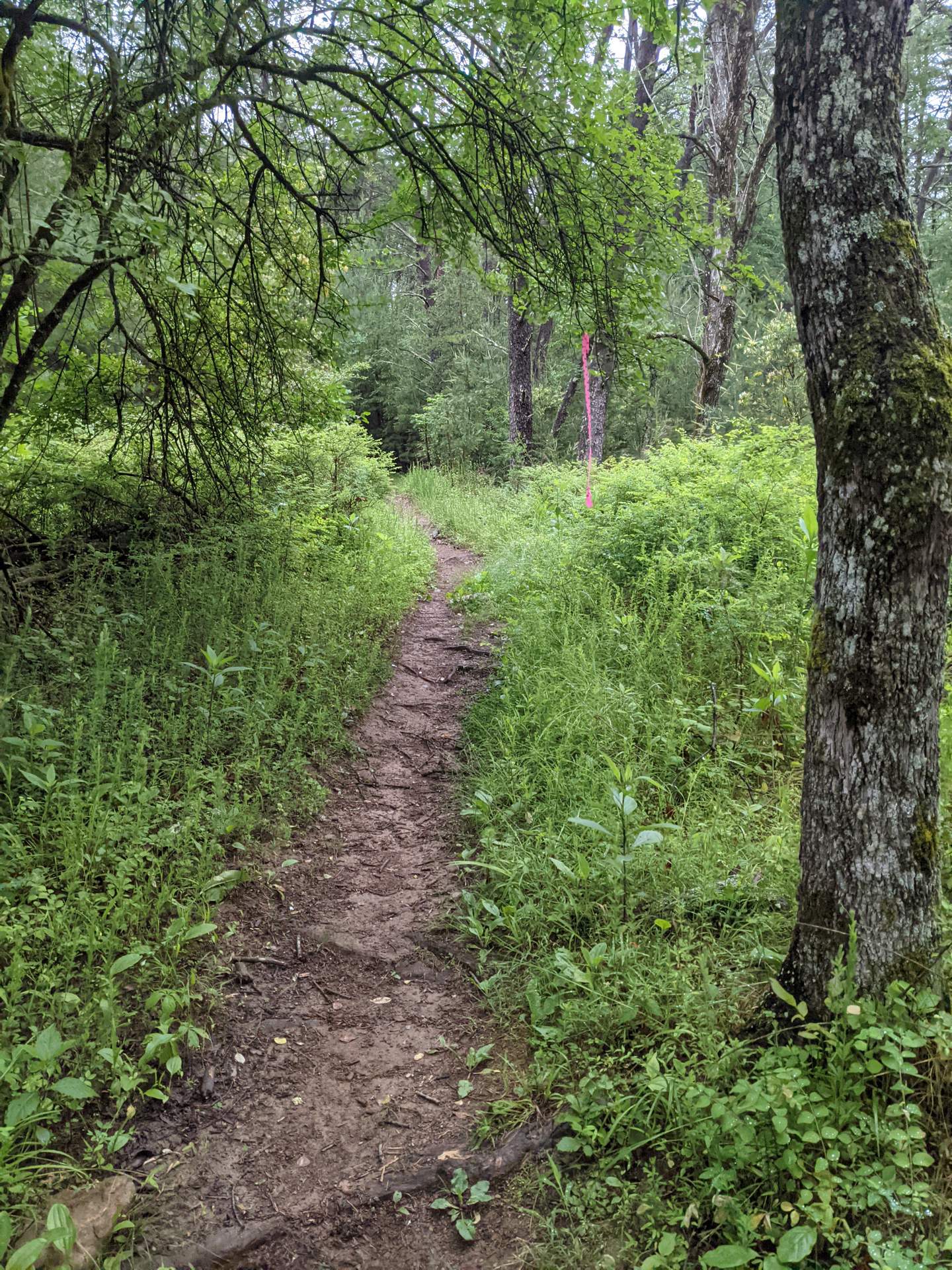 When the puddle jumper plane landed in Roanoke, Virginia, a light rain was falling on the tarmac. It was still falling when I’d pick up Will, my friend from high school nearly three decades ago, from the same airport as he was flying back from a family visit in California. It rained even harder while we ate dinner at Taaza Indian Cuisine, and even more when we went to visit Will’s new home and then his temporary apartment in nearby Blacksburg for the night.

It was certainly more precipitation than I expected and I wondered how muddy the Conquer the Cove Trail Marathon at Loch Haven Lake in Roanoke was going to be.

“You want it to be raining now,” said Will as we exited the Indian Restaurant, “because that will mean it won’t be raining tomorrow.”

I wasn’t so sure about that logic, but after I snuck out of Will’s apartment at 4:40 a.m. to drive to Loch Haven, it was barely sprinkling.

One reason I left at that time was I wanted to get to the race venue about an hour in advance because the organizers warned that parking was going to be tight. I ended up getting one of the best parking spaces, mere steps from the final post-race outdoor lunch venue.

The race started with some pavement but quickly went to dirt and then singletrack. From Mile 2 to 4.5 was an uphill climb that the race director assured us “we would hate.” I maintained an 11-13 minute/mile pace up that, jogging the whole time and refusing to walk, even though sometimes I wasn’t going any faster than those who did take some walking breaks.

Then came a downhill section. At first, people were passing me on it. I can descend well on pavement but not on technical trails, mainly because I don’t want to fall.

But then the course turned into a fairly well-groomed fireroad and I couldn’t help myself from cruising down the mountain, speeding by lots of people, and doing two full miles at 6:XX/mile pace.

That might have been too fast and I think my legs paid for it later on. Almost the rest of the race was run on singletrack with lots of roots and rocks. And people were more often passing me—maybe about one person every two or three miles—than I was passing others.

A doozy of a climb came with less than three miles to go. I started moaning a little, as is my tendency to do when I’m suffering. Three people came by me which actually helped as I tried to keep up.

They got far ahead of me as I stopped at the last aid station to chug a few cups of Skratch, a pretty good tasting electrolyte drink. From there it was almost all descending.

Two more people passed as I descended really carefully, determined not to stumble due to tired legs and fall. Then a nice surprise came.

The last person to pass me had a good 200-meter lead on me by the time I reached the road. But then I was able to show my road running speed and upped the pace from 11:30 to 7:45/mile. I caught her pretty quickly and as I blazed by, both of us acknowledged each other saying, “good job, almost there.”

Unfortunately, the course stayed on pavement for not much more than half a mile before turning to a muddy trail. At least there were no more roots or other similar tripping hazards. Knowing the end was so close, I went as fast as I could and didn’t care if I was stepping in puddles.

My final time was 4:36:19, making it the slowest marathon I have done thus far this year. But that was to be expected with the challenging hills and the technical trails.

The race confirmed my long-standing preference for marathons run on road instead of trail. But there were some things I was pleased about: that I ran practically the whole way, that I didn’t take a fall, and that I checked off another marathon state.

There was one more thing I was happy for, which I told Will as we ate lunch at Jack’s Burger & Beers in downtown Roanoke.

“You were right,” I said. “The rain stopped and the trails were much less sloppy than I thought they’d be.”

Perhaps because of the challenging course and the downhills, my legs were still sore up to the Thursday morning after this Sunday morning race. This was longer than it took to recover from Marathon #3 of the New England Challenge.