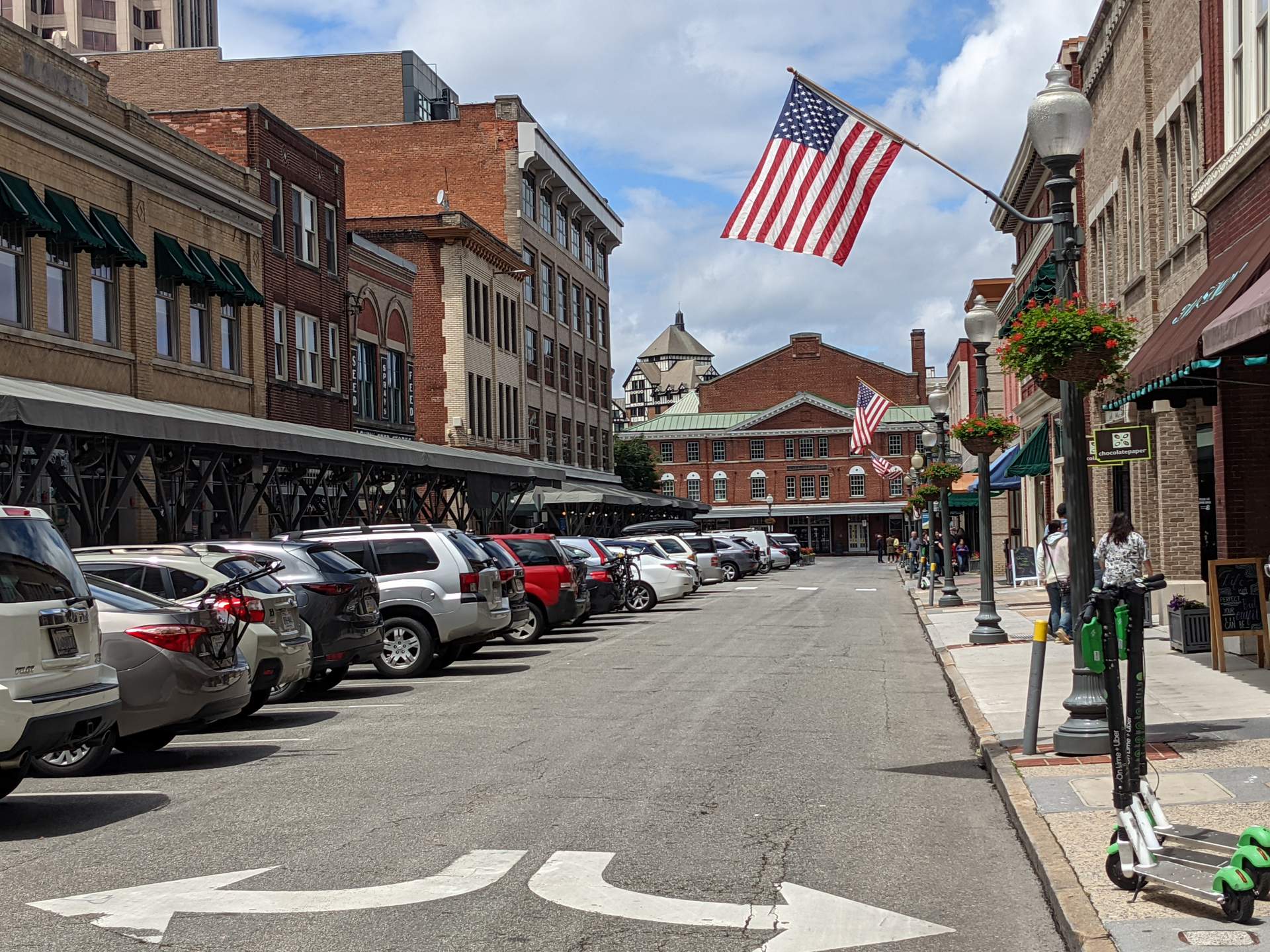 Roanoke is the largest city in western Virginia but not the largest in the state (that would be its capital, Richmond). It was incorporated a couple decades after the American Civil War and as a result, has some historical buildings that are around 150 years old.

Intermixed with those buildings are some modern ones downtown, which is very walkable due to its small size. That’s what my friend from high school, Will, and I did after having lunch at Jack Brown’s Beer & Burger Joint.

This was a very short visit—basically, I had less than 24 hours to run the Conquer the Cove Trail Marathon and hang out with Will a little bit—but below are some photos.