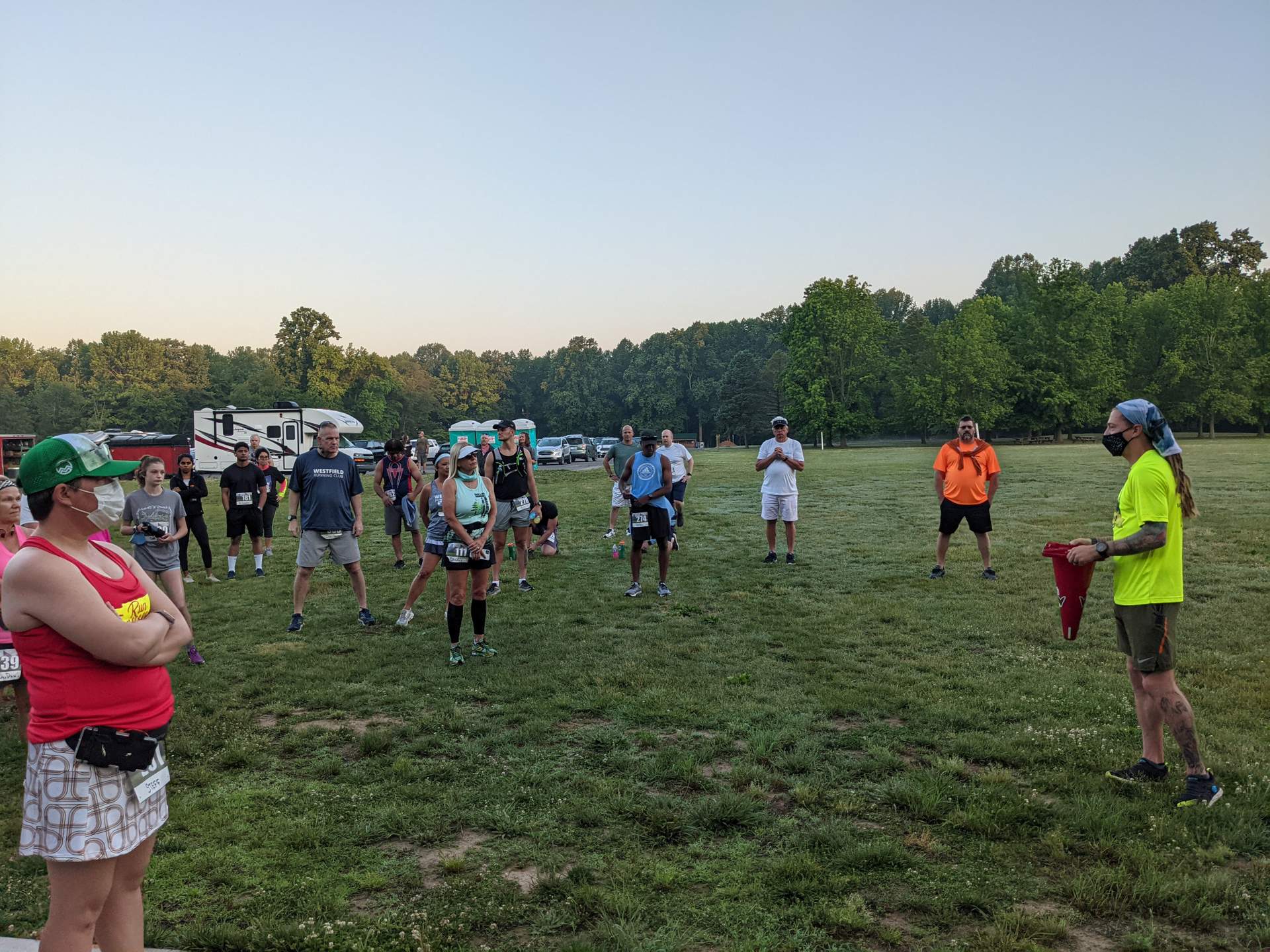 The New England Challenge a couple weeks ago demonstrated that I could recover from a marathon with only a few days rest and be able to run another decently. So when I saw that an organization called Mainly Marathons offered a marathon series that included two more states I hadn’t run in—Delaware and New Jersey—within a four-day span, I signed up. Why not?

Not long after arriving at Lums Pond State Park for the Delaware 26.2-miler, it became quickly apparent there were some reasons why a seasoned marathon aficionado might want to pass on this series.

“For the first-timers here, we do things a little differently,” said Daniel, the race director, in pre-race announcements. “Most people at our events are not doing them for time.”

That single sentence resonated in my mind for most of the run. I even hesitate to call it a race because of all the factors below preventing optimal times:

There were a few other factors that slowed me down as well.

The first was the weather. The East Coast was in the midst of a record-breaking heat wave. It also featured humidity over 90%. At least most of the race was shaded and by the time I finished the temperature was about 80 degrees Fahrenheit and not over 90 like it was a couple hours after.

The second were things of my own doing, such as forgetting to pack a singlet so I ended up having to wear a (warmer) T-shirt I wore onto the plane. Or getting confused about how to navigate the course, which had the race director yell “NO NO!” as I was grabbing a rubber band. I was confused as to why I shouldn’t be grabbing a rubber band to indicate a completed first lap, but it turns out the race director was yelling “no” because I was about to run back out to the trail (and hence inadvertently cut the course by about 50 feet) instead of turning around and doing the J-hook. I was stopped for forty seconds to talk with the race director to clear up my confusion, which was a result of my own brain lapse.

A third factor was that unlike the other sub-3h45m marathons I’ve run this year, I tired and slowed down severely after Mile 20 instead of running even splits. Large positive splits can be indicative of poor pacing, training, large temperature swings (heat), dehydration or bonking. Since the previous races proved I was in good form and I think I drank and ate enough this morning, I probably started out too fast.

Lastly, with about a quarter-mile to go with a race… I tripped and fell on a tree root. I was on the ground for about 20 seconds as my legs then cramped up and my right arm was bloodied. The fall was hard enough that I yelled out a rare (for me) expletive and the Garmin even sent an incidence detection text message to an emergency contact. (Incidence detection also automatically stopped the watch, explaining the discrepancy between the official final time and Strava data.) At least I now know the Garmin’s incidence detection feature does in fact work very well.

The fall was ironic considering how in the last race—the Conquer the Cove Trail Marathon in Virginia—I had sacrificed a lot of time being careful not to fall. Then, with a mere three minutes of running left, I tripped on what was perhaps the very last tree root I’d have to run over in marathons this year.

The trip and fall pretty much summed my performance that day and feelings about the event.

But there was a silver lining (other than being able to check Delaware off my 50 states marathon list). Despite all the time lost due to the 40-second timeout with the race director after Lap 1, the bottle cap fumbling, and the 20 seconds on the ground due to the fall, my time for the marathon was good enough for second place overall, a mere four seconds ahead of the person in third!

Or would have been if this was a bona fide race…