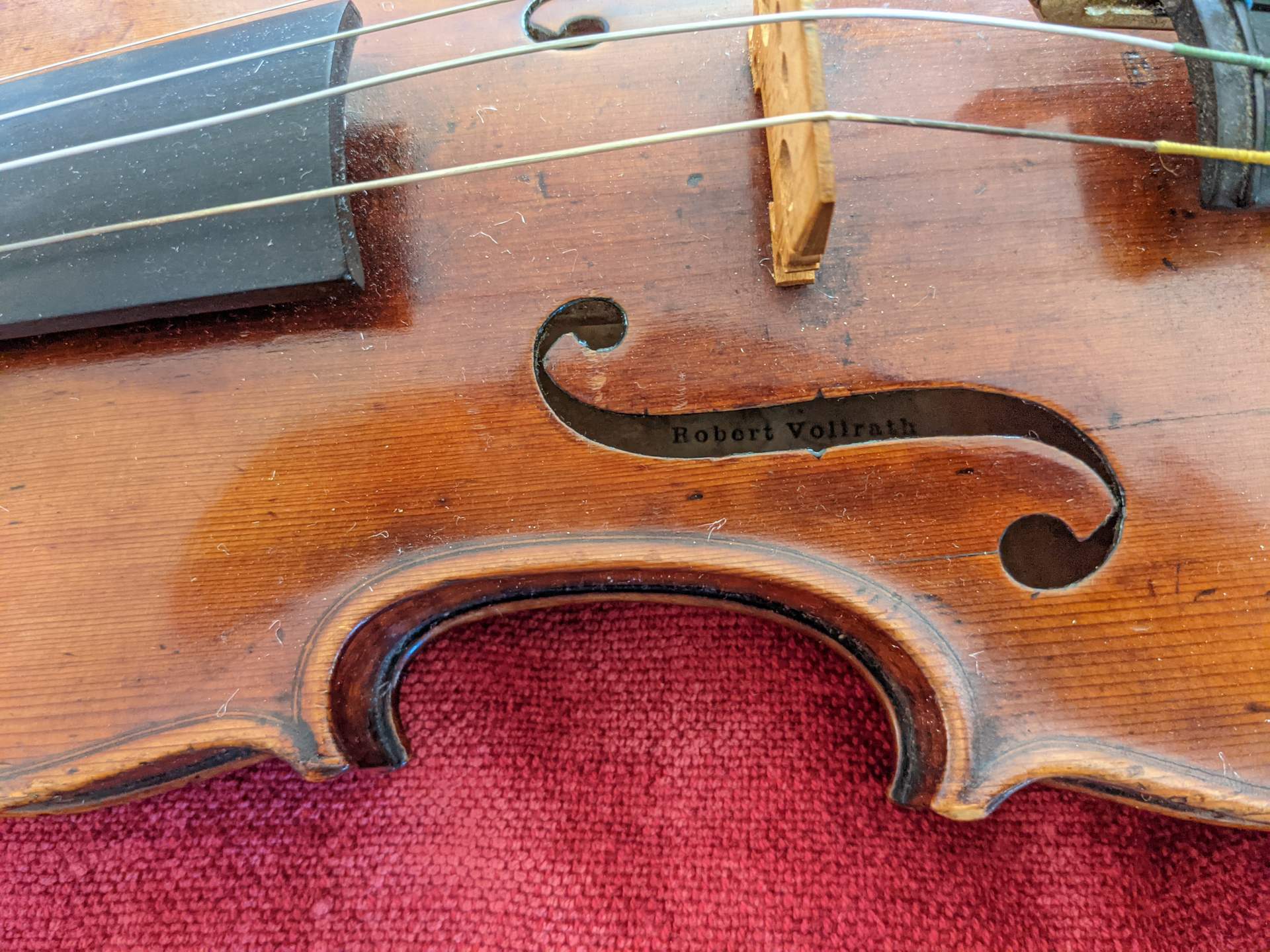 But after heading off to Stanford, I only played the violin once during a summer visit to my parents. In fact, I did not touch or see my old violin in at least 25 years. It would have gathered dust for even more time if my mom hadn’t suggested that I pick it up when I visited her for the first time during COVID times. Which I dutifully did, if only to answer a question I had wondered for a while:

Could I still play it?

But first, the violin needed some repairs. It had a broken fourth string, which I correctly remembered as the ‘E’ string. The bow also had lots of broken hairs.

To fix all that, I purchased some new strings and a bow re-hairing kit on Amazon… and then promptly neglected the violin even more until an hour before a shuttle picked me up for a flight to Spain.

During that hour, I replaced the string. Then, while tuning the violin I broke another one (the ‘G’ string), so I replaced that too.

For the bow, instead of replacing the hairs, I simply trimmed off the broken ones. There were still enough intact hairs to play something, I figured. I glided them through some rosin I found in the violin case, which was probably at least 30 years old but still good.

Then I downloaded the sheet music for Schumann’s The Happy Farmer. I chose that song because my dad had some good memories of me playing it when I was around eight years old, I think.

Finally, the test! You can see the results below, which I videoed in one take:

As you can see, I started out hesitantly. But not only could my fingers match the correct notes with the sheet music (which I could otherwise read perfectly fine due to playing the piano during the pandemic a lot), I was feeling quite comfortable with the instrument by the end of the song.

You don’t forget… even after 25 years!