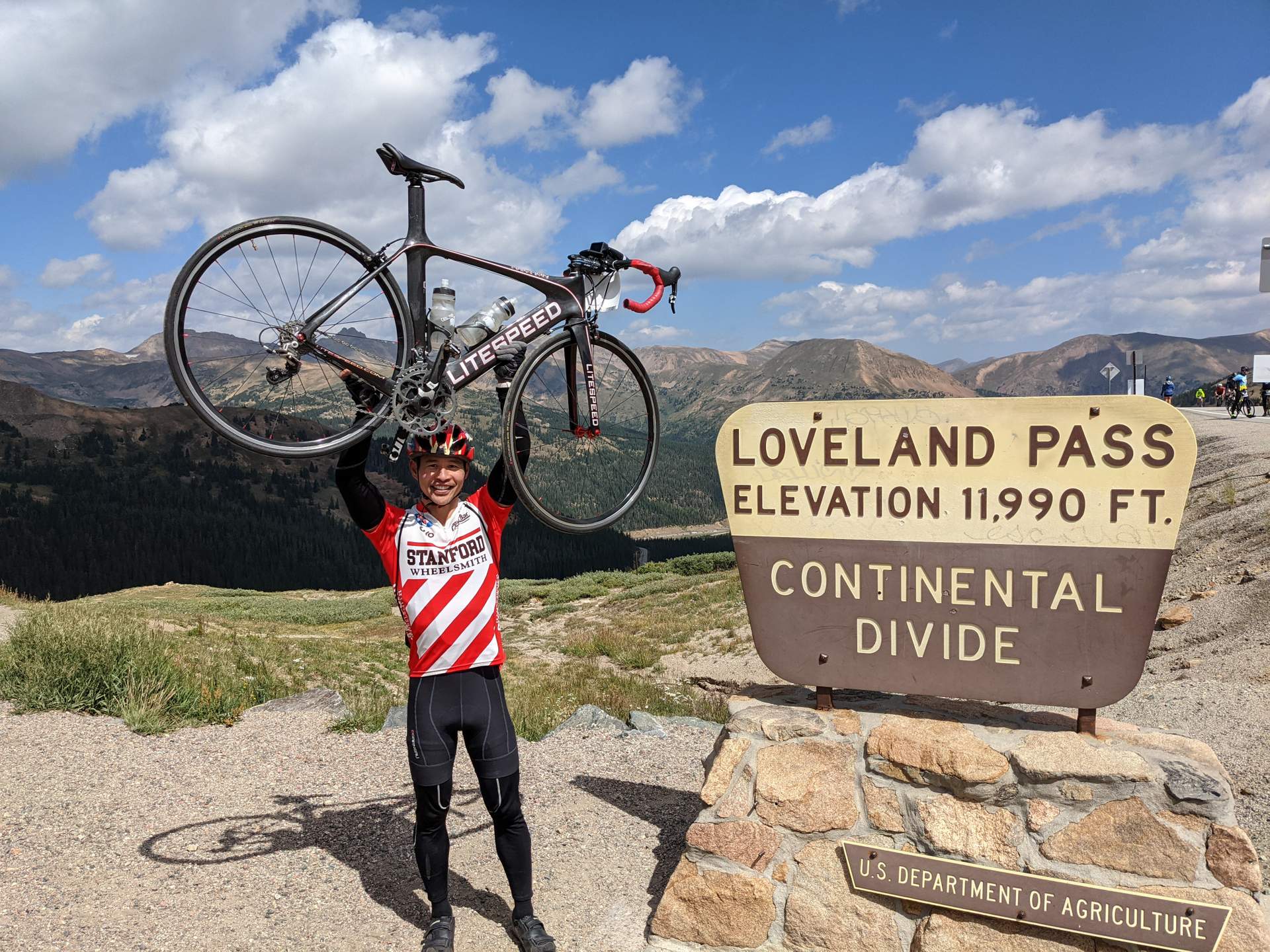 “I thought you said you are in perfectly good health,” Richard remarked during French Conversation in Fort Collins while we were talking about couverture santé in the United States and insurance premiums.

Apparently, when I casually mentioned I was “going to do the Triple Bypass,” Richard didn’t realize that I was talking about Colorado’s iconic bicycle ride up Juniper, Loveland, and Vail passes, and was not due for open heart surgery.

This was the first year I’d do the Triple Bypass despite living in the Centennial State for 16 years now. Part of the reason is because it is so popular that it usually sells out quickly and requires a commitment many months in advance. Another is that it is, at least on paper, not a great biking value: it costs more than a couple hundred dollars just to sign up for the ride, and then there’s lodging and transportation on top of that. It is a logistical hassle because it’s a point-to-point event.

Last year, however, my 2018 RAAM team of all-blind stokers planned on doing the TB as a reunion of sorts. That was cancelled due to COVID, of course, but this year’s 32nd edition was on, albeit a month later than its usual July date. So I signed up… in January.

Since that time my life has taken several delightful but unexpected turns, including getting vaccinated sooner than anticipated, running eight marathons in four weeks, and then doing an absolutely amazing trip to Spain. During that time the opportunities to ride a bicycle were few to none, and when I got back from the Iberian Peninsula I regretted that I had already signed up for the ride. Never mind there were still over two weeks to train. Heh.

During those 15 days, I managed to get in only one ride with a lot of climbing. But it was a quality ride: a 16+ hour jaunt from Fort Collins to Walden and back.

It turned out this single ride with about as much climbing in 202 miles as the Triple Bypass had in its 107 miles was sufficient training. I was pleasantly surprised with how well I was feeling on all three passes.

This is not to say I was super fast. Despite being signed up for the Gran Fondo option in which three uphill segments—one for each pass—were timed, I opted to not contest the first one. Nevertheless, I still was passing a lot of people on Juniper Pass despite taking it easy.

Then I carefully coasted down to Idaho Springs and conservatively rode up Loveland Pass until reaching the Fondo’s start and finish timing mats. During that four-mile stretch, I passed at least a hundred people and only one person sped by me. So I knew I was putting in a pretty good effort even if not anything close to a maximum heart rate one.

Vail Pass was a similar story, except that I passed by at least 100 people and no one passed me. Then it was downhill to the finish. Or almost.

When I entered the finishing chute in Vail, just over nine hours had elapsed. Again, it wasn’t a Tour de France performance by any stretch, but considering how conservatively I was riding and how long I spent at each aid station (5-10 minutes), it was not bad.

Moreover, I was happy to complete this beautiful ride—in which most of the roads were closed to cars for the sake of the 5000 cyclists who participated—without bonking or crashing. You can get a good sense of the scenery in the one-minute video I made of the ride, below.

It turned out that not only was I still in perfect health after the ride, but also in decent biking shape!

Note: Only 411 of the 5000 participants elected to be timed in the Gran Fondo, which added another dimension to the challenge.