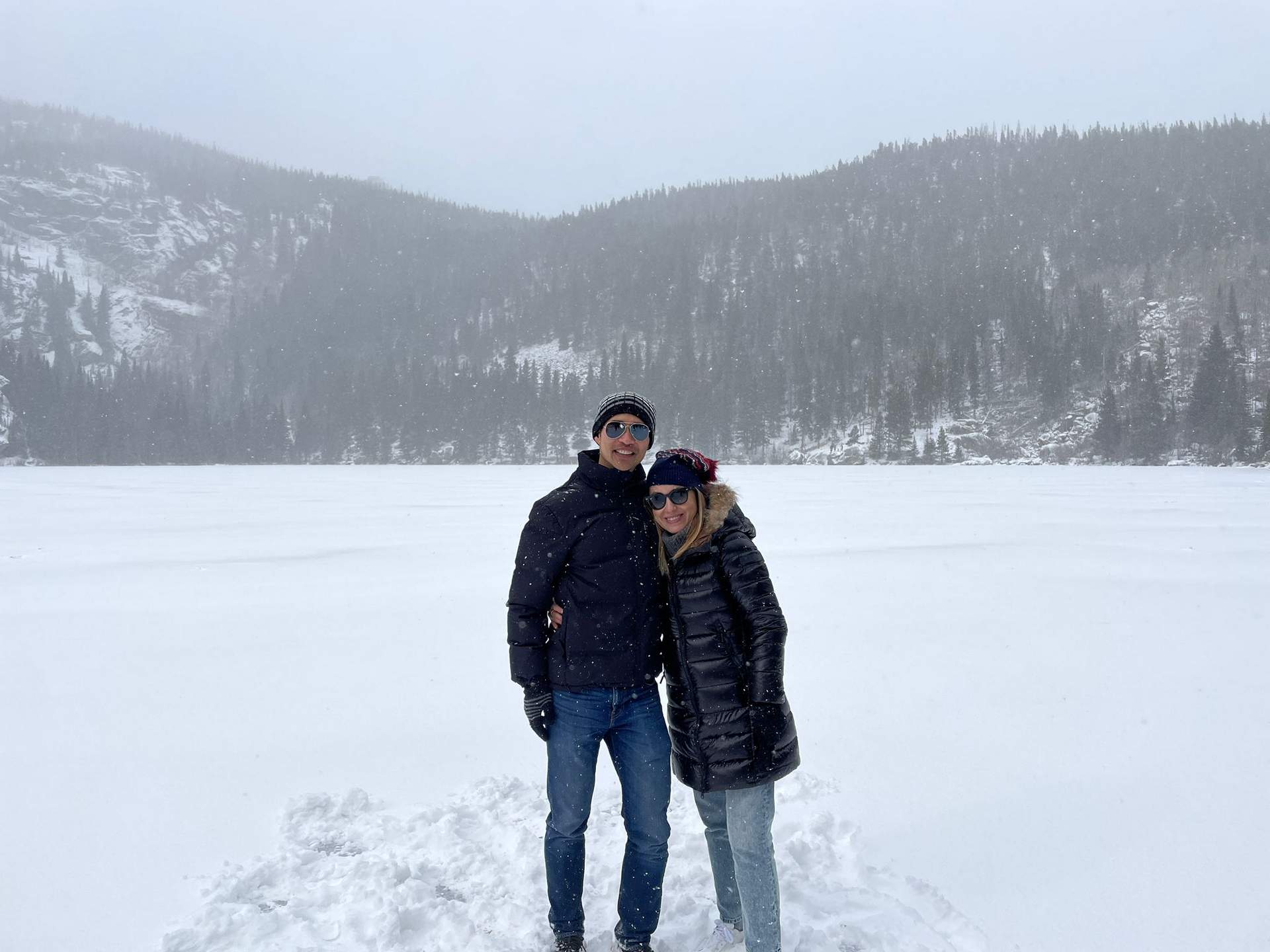 Being from Spain, Andrea had only seen snow during some of her travels outside of the country to places like Siberia, Russia, or Poland. So she was hoping to see some when we drove over to the Rocky Mountain National Park and was even well-prepared for it with a fur-lined puffy jacket, thermal underwear and thick gloves.

“There might be a little,” I mused, well-aware that this autumn had been unusually dry for Colorado.

In fact, when we stopped off at the Bierstadt Lake Trailhead to go for a short hike, fluffy white powder started falling from the sky!

There was also plenty more at Bear Lake, which was completely frozen over. Enough to make snowballs.

At Bear Lake, there was a couple who was trying to take a selfie. I offered to take a photo for them.

“Felix?” one of them replied. Turned out they were Fort Collins Running Club members Pilar and Pablo, whom I had last seen a couple of years ago. Considering that Fort Collins was at least fifty miles away from here, this was a fun coincidence.

Afterwards, we drove through and stopped by other vista points of RMNP. There wasn’t much snow there, but they were beautiful nevertheless.