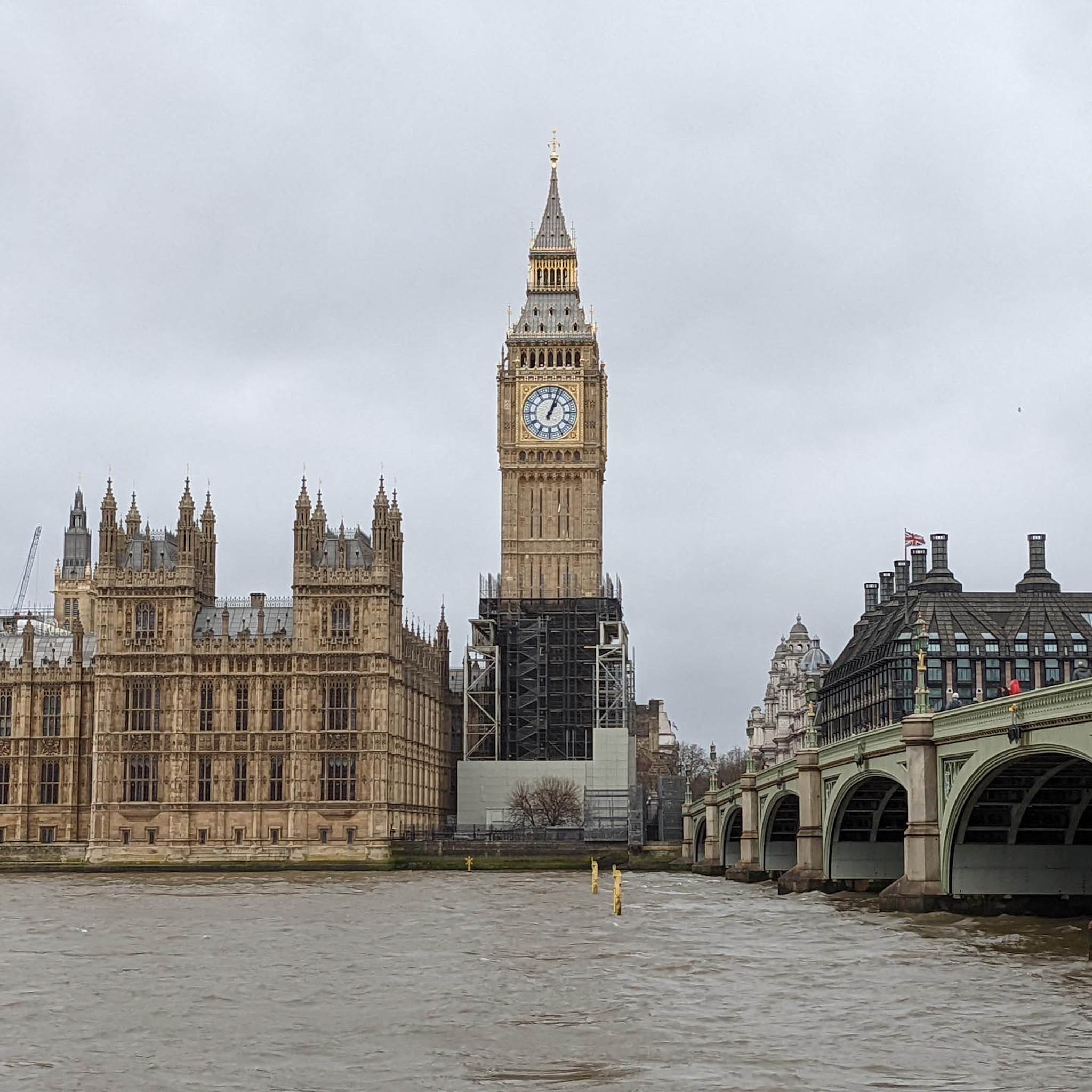 A visa run. That was the main instigator for this short mid-week vacation since I had to leave the European Union and come back after the February 10th start date of my Spanish residence visa. I had unwittingly arrived five days before the start date, and I needed a passport stamp showing entry into the EU after February 10 in order to receive a Tarjeta de Identidad de Extranjero (TIE, or foreigner’s identity card). Happily, London-Stansted was only a two-hour direct flight away from Galicia via Ryan Air, so on the days Andrea was free, we were walking through through the Big Smoke.

Both of us had previously been to London a few times in our lifetimes, but both of us saw many things for our first time.

Below is a list of the things we saw or did.

It was moderately windy at times, but otherwise it was a really good trip. We were lucky with the weather considering the day after we left, Storm Eunice battered England with winds up to 122 miles per hour and tragically killed several people.