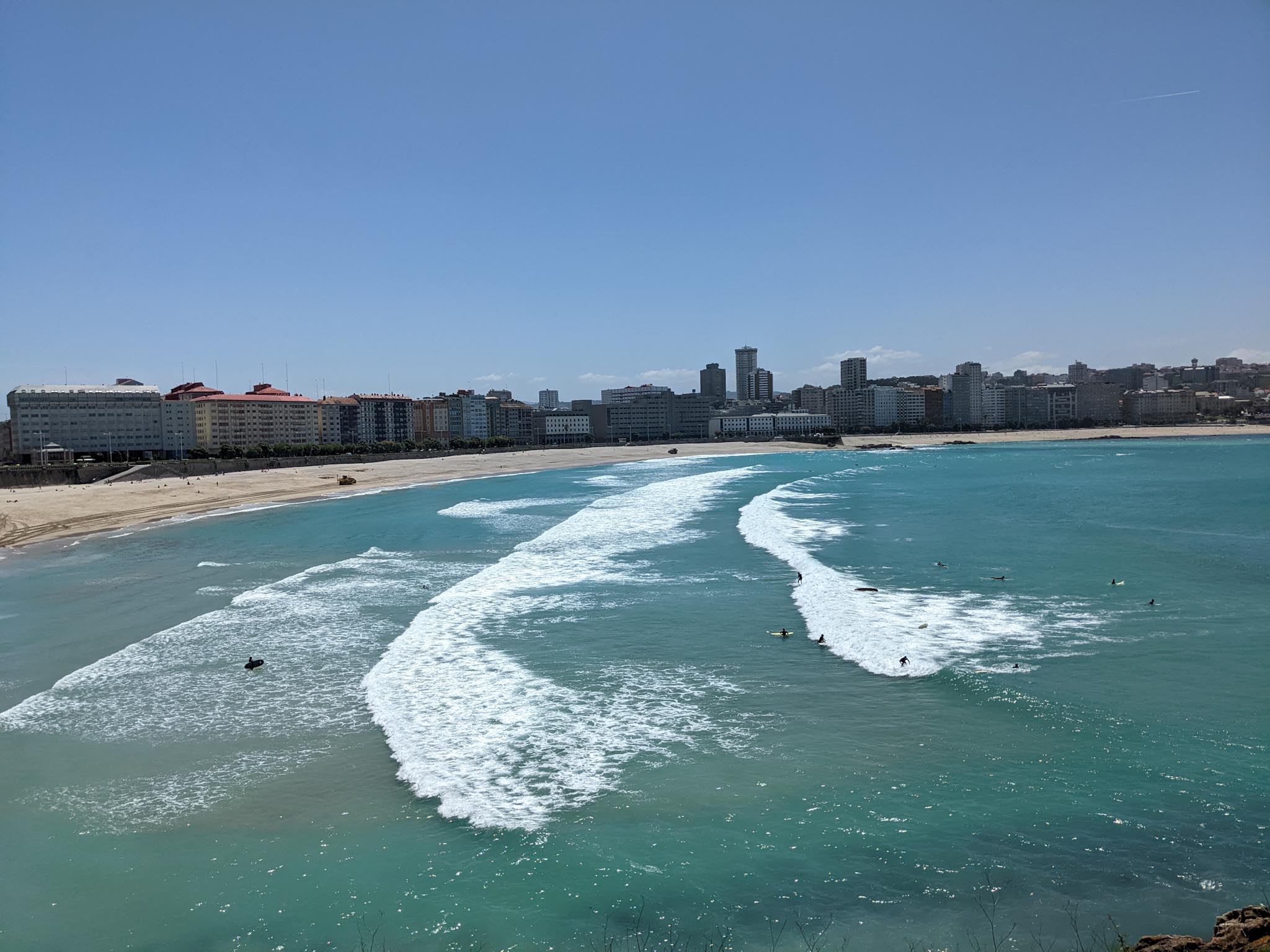 I spent a few days exploring A Coruña while my girlfriend Andrea, an emergency room doctor, took a super intensive 2.5-day medical course at a hospital there. We had been to Galicia’s most populous city once last year to go furniture shopping. But this was the first time that I could check out areas outside of IKEA.

Below are some of the things I got to do:

These were the routes of my exploratory walks in A Coruña:

Below was the route of the long run:

We also stopped at IKEA again. I’m a fan of both their food and well-designed furniture. Their cafeteria serves inexpensive yet semi-healthy and delicious meals, including their Swedish meatballs.

Andrea passed her super intensive course, which included 13-hour days and four hours of exams. I’m very proud of her!

You've done quite a lot of exploring on foot. I'll bet that's been fun!

You both look fantastic Felix! 😊 ↩ Reply

Yes, those Swedish meatballs are delicious. I've been to American IKEAs before, but I never tried their meatballs until moving to Spain. ↩ Reply