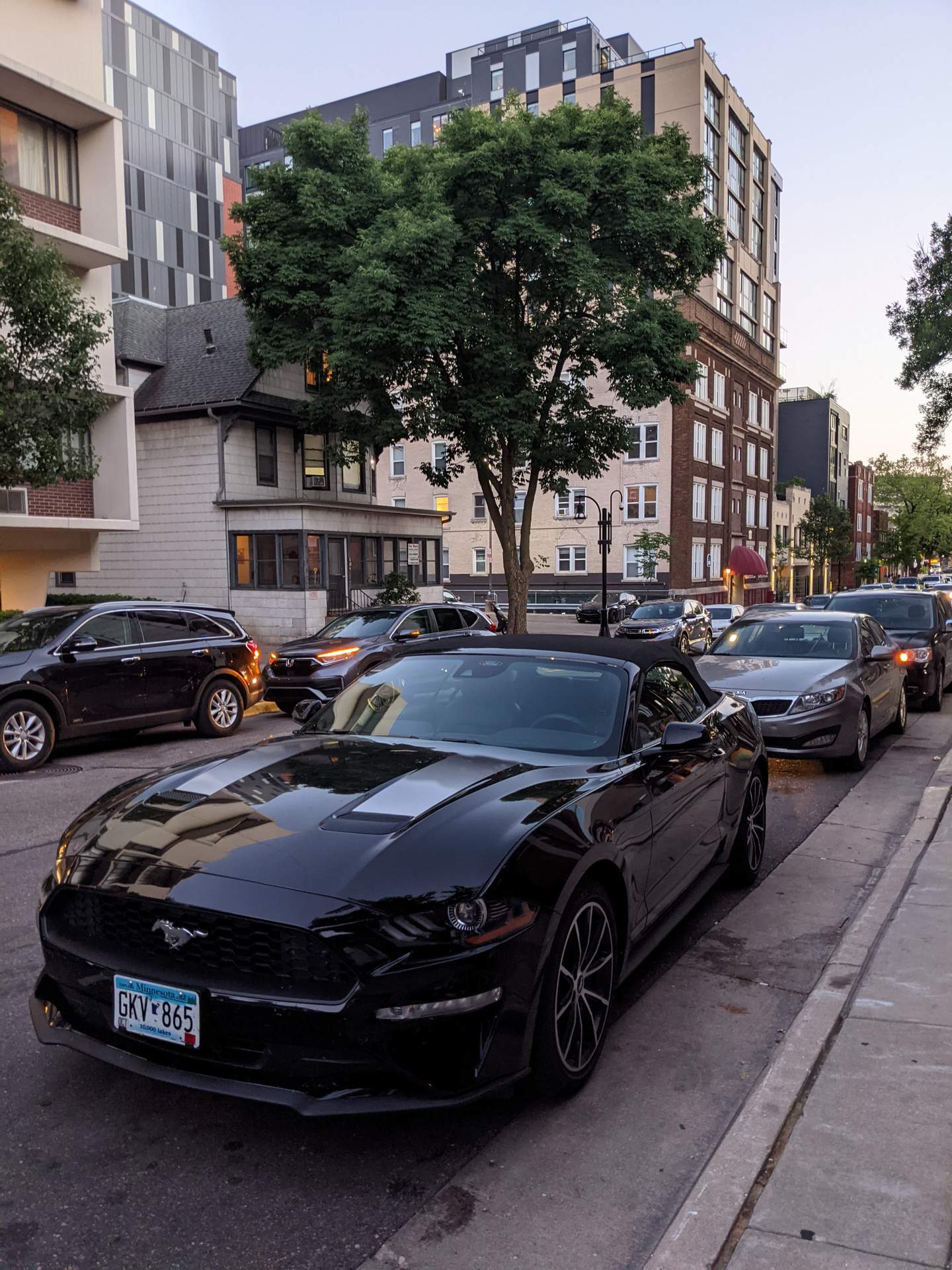 Upon ridding my home office of the last remnants of paper, I encountered a magazine clipping from 1990. It was intriguing for the following reasons:

At the time, I was in high school and fancied European sports cars. There was not a single contemporary Ford that I liked. No wonder–Dearborn’s motor company seemed lost. The best proof is the enterprise had planned on killing the Mustang and replacing it with the front-wheel-drive Ford Probe only a few years earlier. The ‘Stang lived on only after legions of pony car enthusiasts protested.

It’s not as if the third-generation Mustang deserved much love. The Fox-body car dated back to 1979 and was easily the ugliest of all generations adorning the logo of a galloping horse. The tacky, plastic ground effects of the 1988 GT only made the car more repulsive. Prospective buyers were wise to overlook that model and purchase the LX version instead. The LX had the same “5.0” (it was, in fact, 4.9 liters) engine, cost thousands of dollars less, and didn’t look like its owner had gone wild with ridiculous aftermarket kits.

It would have been difficult to style the Mustang any worse. However, consider that the Probe was initially supposed to replace the car. It looked more futuristic but hardly classic. The sleek bodywork and Mazda four-cylinder engine did not evoke the emotions that Lee Iacocca’s 1964½ blockbuster did.

So perhaps it was wise of Ford to team up with Petersen Publishing Company to hold the Next Generation Mustang Sweepstakes. The public could submit their visions of the fourth-generation car and vote on their favorite. The creator of the best design and one lucky voter would win a 1991 Ford Mustang GT.

Petersen published the contest in several of their magazines, including Motor Trend, Hot Rod, and Car Craft. I clipped the following pages from one of the first two.

The magazine editors–not Ford–selected the six finalists. My favorite was #3, even if it looked remarkably like the just-released Lotus Elan, especially from the hind three-quarters. But I was heavily biased towards British sports cars.

Finalists #1 and #5 looked modern and attractive but not Mustang-like. Entries #2 and #3 were less pretty but more muscular. Option #6 was too staid and conservative. It also appeared to take inspiration from the then-new Hyundai Scoupe.

It’s not like I could have done better. I actually tried to and came up with the following two concepts:

However, I did not submit them. One reason is that I could not sketch in three dimensions.

Which of the concepts was the winner? I do not know. Ultimately, Ford released the following car as the fourth-generation Mustang.

It looks nothing like any of the six designs chosen by Petersen’s editors. However, it appears to have the front end of #3. My Boss 429 concept also shared its C-pillar, side scoop, and rear taillights. Maybe I should have submitted my concept after all.

I remember seeing the fourth-generation Mustang in real life for the first time. A buddy from Stanford was driving us somewhere on University Avenue in Palo Alto, and we were behind a green car with horizontal three-bar taillights.

“What car is that?” asked my friend.

“That’s a good-looking car,” he observed. I concurred.

It’s interesting how the Mustang evolved over the next 30 years. This was the fifth generation:

And this was the sixth generation:

Ford designers did a great job for both editions.

However, while the Mach-E is a cool car, it is an SUV with five doors, and hence a Mustang in name (and taillights) only. I suppose the super torquey electric powertrain is fine, even if it lacks the aural theater of a V8. The era of the internal combustion engine is nearly over due to the climate change crisis.

I am anxiously anticipating the release of the seventh-generation coupe and convertible in a few years. It is safe to say that Ford will not try to crowdsource their design again.