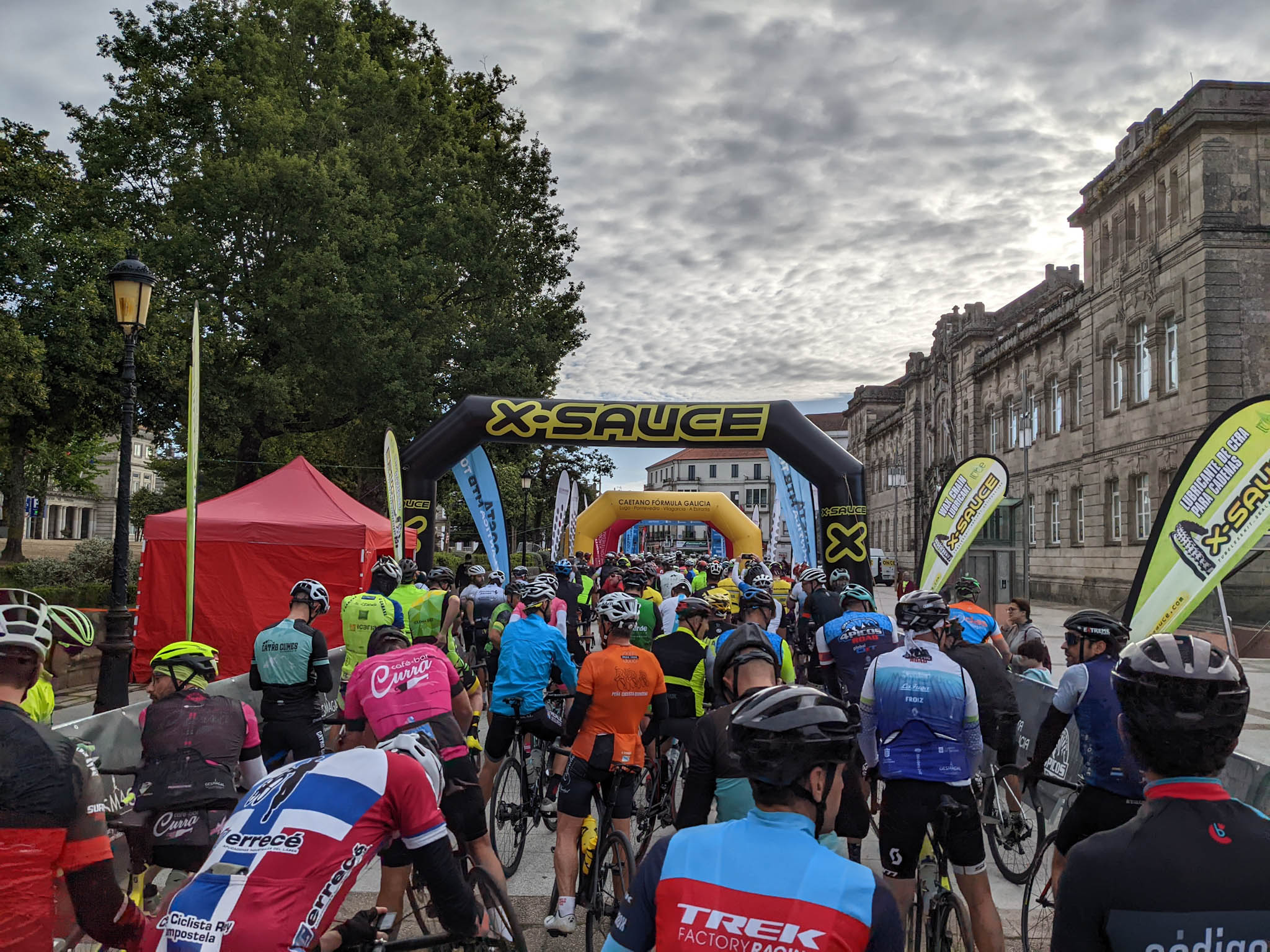 When I was looking for athletic events in Pontevedra earlier in the year, one, in particular, caught my eye. It was 4 Picos Road, a bike tour that sounded like a shorter version of California’s Death Ride, Oregon’s Torture 10,000, and Colorado’s Triple Bypass. It was even taking place on my birthday. Perfect.

Unfortunately, my training got derailed by a terrible running fall. So I was no longer so keen about doing a ride with steep uphills and downhills. My goals could be summarized as follows:

As it turned out, despite not doing a bike ride longer than 26 km this year, my legs were feeling decent. Per Goal #3, I was riding super conservatively and saving my energy for the two uphill time trials. Time Trial #1 was 5 km averaging 7.1% with a short section of over 20%. It reminded me of the classic Old La Honda climb in Woodside, California.

I felt strong and passed over 20 cyclists. No one caught me, but I was riding in the back with the stragglers. You can see the climb in the video I made below.

At 80 km, I was getting some minor cramps in the quadriceps, which wasn’t surprising since I haven’t ridden long this year. But I worked through them and made it in time (barely) to the checkpoint that had the cut-off for the 4 Picos. That was a relief.

But shortly after, I came to an intersection that seemed unsigned. Two other cyclists behind me turned right. I followed them. I didn’t realize they were doing 3 Picos. It wasn’t until I was back in Pontevedra that I started to worry that I had gone the wrong way.

One problem was I didn’t know the route in advance. In the weeks prior, I looked for maps on the official website and sites like Strava and Ride With GPS. I couldn’t find one.

When I arrived at the finish, I talked with the staff to see if I could go back out and do the fourth peak. It was a little comical because someone handed me a microphone, so I asked my questions and voiced my frustration in my imperfect Spanish with everyone in the crowd hearing. Anyhow, the organizers said I shouldn’t go back and climb the fourth pico because it was too late. “Next year,” they said.

That was frustrating because I wanted to see what I could do on TT #2, and my goal was 4 Picos. Essentially, I only completed two out of my five objectives.

It felt like yet another failure this month. In hindsight, 3 Picos is not bad. (Interestingly, the 3 Picos route was only about 20 km shorter than the 4 Picos route). I’ll have to wait until the day before my next birthday to complete the fourth peak.

Two days after the event, I got my first kidney stone. It was likely brought on by dehydration, perhaps due to not drinking enough during 3 Picos.

As much as the stone hurt, I couldn’t help but laugh as it seemed to be a fitting way to end a month that was far from my best.

During the first time trial, I thought about Old La Honda Road in Woodside, California. It is a climb that San Francisco Bay Area cyclists have used to measure their fitness for decades. It also was the first significant bicycle climb I ever did since becoming a student at Stanford University.

It turns out my memory was good. The Cuspedriños climb is remarkably similar to Old La Honda Road statistically.

I got the statistics for Cuspedriños from Strava. Since my Strava time was 22:19, or 14 seconds less than in 3 Picos Road, the Strava segment must be about 50m shorter.

My best time for Old La Honda Road was 21:33. Therefore, even my effort up Cuspedriños today was similar!

There is a full video of the Cuspedriños climb on Kinomap.

Felix, you're such a smooth athlete! It's fun watching you. You win some, you learn some! You'll never miss that turn again, you'll be holding a trophy! 😀👍🏻 ↩ Reply

Haha! I will try hard not to miss the turn next year! ↩ Reply