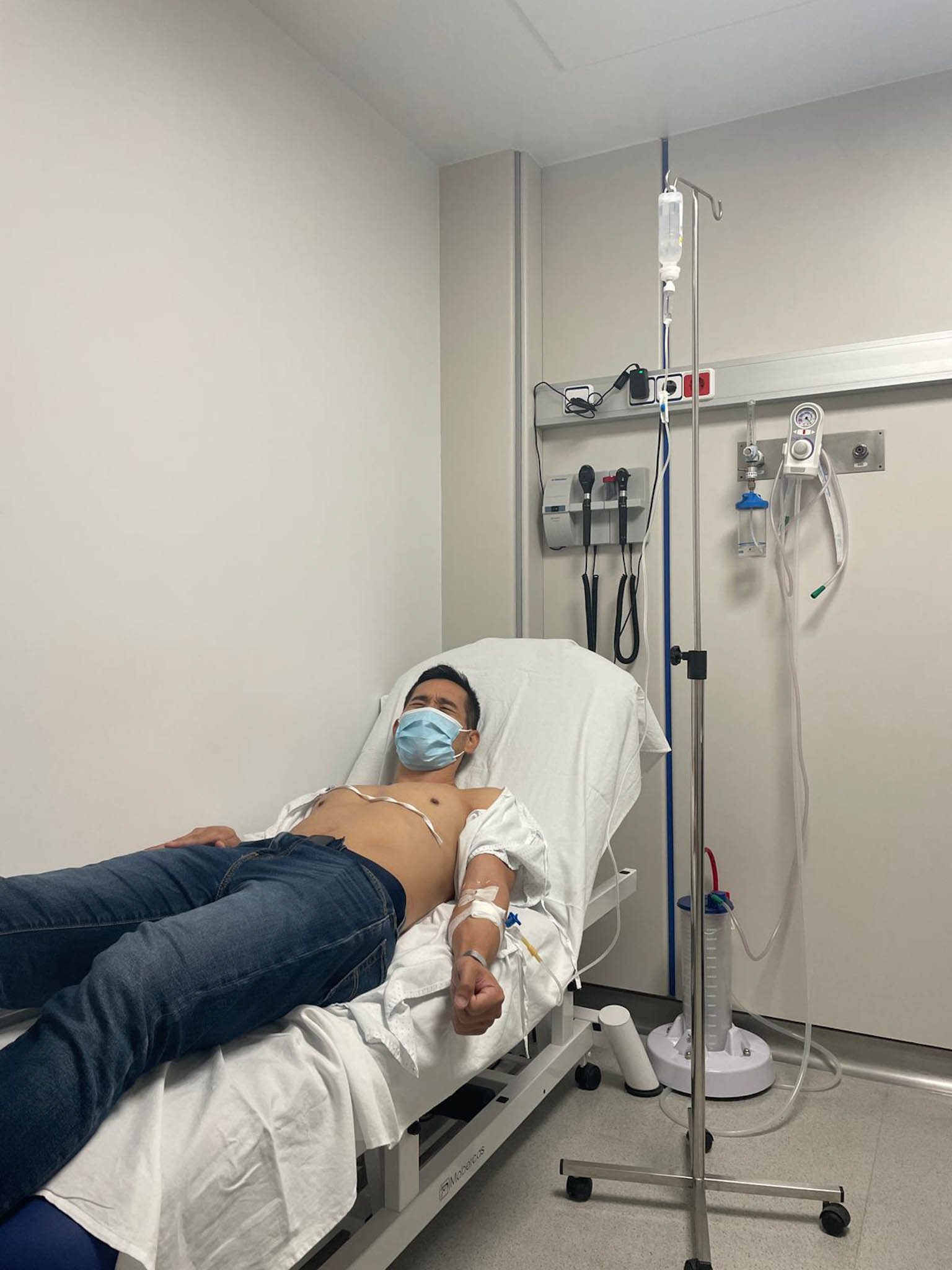 Today was another eventful day on the medical front. I woke up, ran a bunch of sprints, did strength exercises in the park, and came home. I felt good and strong!

However, while sitting at a table with the iPad Pro, my right-side lower back started to ache. It was odd because I’ve never had a back problem like that. I tried to stretch and do self-massage, to no avail.

Andrea saw how much pain I was in and offered painkillers. At first, I refused and thought they weren’t necessary, but when the pain reached 8/10 or 9/10, I accepted. Ultimately, she gave me three different painkillers.

Two hours later, the pain still hadn’t subsided, so she wanted to take me to the emergency room. So I changed clothes and started pacing around the house and hitting the right side of my body, over my kidney. The pain subsided within a minute to 2/10. What a relief! I resumed doing emails on the iPad.

After 30 minutes, the pain suddenly returned. But it had shifted from my right lower back to my right lower belly! That confirmed that the problem was not with muscle but with a kidney.

So we went to the ER. Ironically, we could not go to the emergency room that Andrea works in, because I have private health insurance and had to go to the provider’s network. But the experience was still positive.

Within 20 minutes of checking me in, the hospital hooked me up to an IV and administered two more painkillers. They also took blood and urine tests over the next 6.5 hours.

The test results were good. Then someone took an x-ray. It was funny because the hospital thoughtfully sent over a guy to push me in a wheelchair, but the x-ray room was only five meters away. I could have easily walked that!

The x-ray did not reveal a stone, so we think I had a small one.

During the 6.5 hours in the hospital, the pain went from 9 to 1, but hours after, it shot up to 6 momentarily. I left with Level 4 pain. Upon walking home, we picked up some prescription drugs, including an alpha-blocker and painkillers.

Below is a summary of the progression from pain to recovery.

Day 1: Had level 6-9 pain for two hours. After 30 minutes, it hurt that much for another hour, including some of the time in the emergency room.

Day 2: There was level 8 pain for a few minutes in the morning. It subsided when I got up, walked around, and repeatedly hit the right kidney.

Day 3: Pain reached level 5 for a few minutes in the morning. I peed out seven stones ranging from 0.5-2mm in the afternoon. I collected them with a fine-mesh strainer I bought from a “euro store” (like the dollar stores in America) here in Pontevedra.

On Day 6, I visited a urologist. My appointment got rescheduled from 9:50 a.m. to 3:00 p.m. due to the doctor not being in the hospital. Unfortunately, no one realized this until we had already waited for an hour. But I didn’t have to wait long at the second appointment.

The doctor was very nice. He and Andrea were in the same class in medical school, so they already knew each other.

I gave him the stones I collected, and he put the largest one (2 mm) in a plastic bottle for analysis. He also did a quick ultrasound of my kidneys.

These were his conclusions:

Kidney stones probably build over time and are caused by diet and hydration. I’m guessing the following contributed to it:

The kidney stone was a good wake-up call to re-evaluate my diet. For one thing, I will be drinking more water and not drinking Coke ever again. And this month, instead of drinking beer or coffee when we go out, I will drink agua con gas (sparkling water).