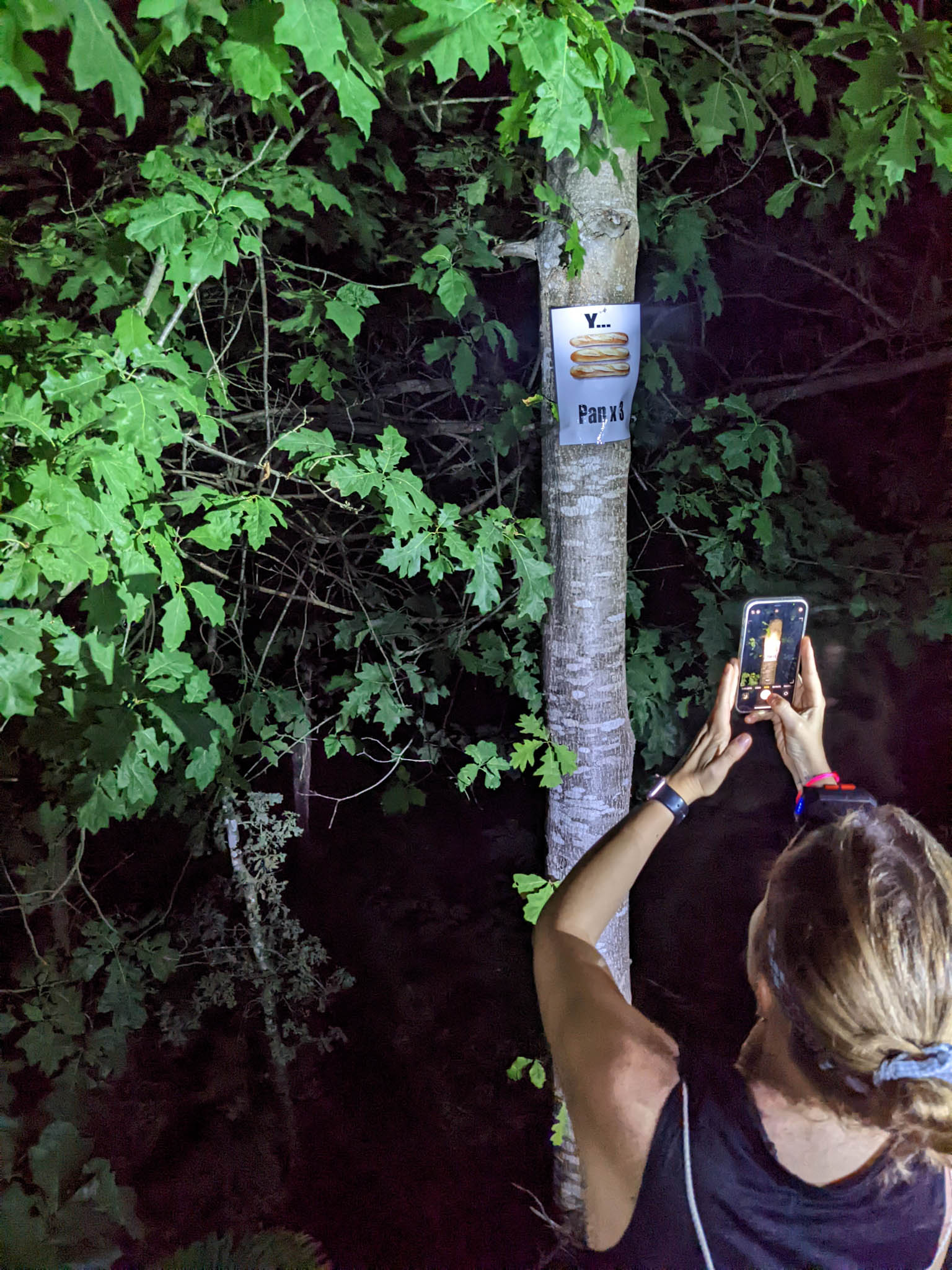 “The race will be from 12 a.m. to 5 a.m.,” Andrea told me. She had put together a team of hospital colleagues and friends to do the fifth edition of Rastrexo Camos, an adventure race.

As I never had done a Spanish adventure race before, I did not know what to expect. I did, however, take a two-hour nap the evening before to make sure I could stay awake during it.

The event turned out to be mostly a nighttime hike through the woods with lots of elevation gain, with seven pruebas (tests).

The theme of the race had something to do with gnomes and “patica con pan” (bread), which I didn’t understand and had to ask Andrea about. Patica con pan, she explained, is a song and dance, with pan signifying a sound, much like bam! does in English. Of course, pan also means bread in Spanish.

Puns aside, I enjoyed the nighttime hike, which had beautiful views over the route of at least seven kilometers. (I had my Garmin on auto-stop so it may have measured the distance short. Ali recorded nine kilometers, and Andrea ten.)

The evening nap must have helped because I stayed wide awake during the entire event!

I can imagine you having a lot of fun at that challenge, Tammi! ↩ Reply