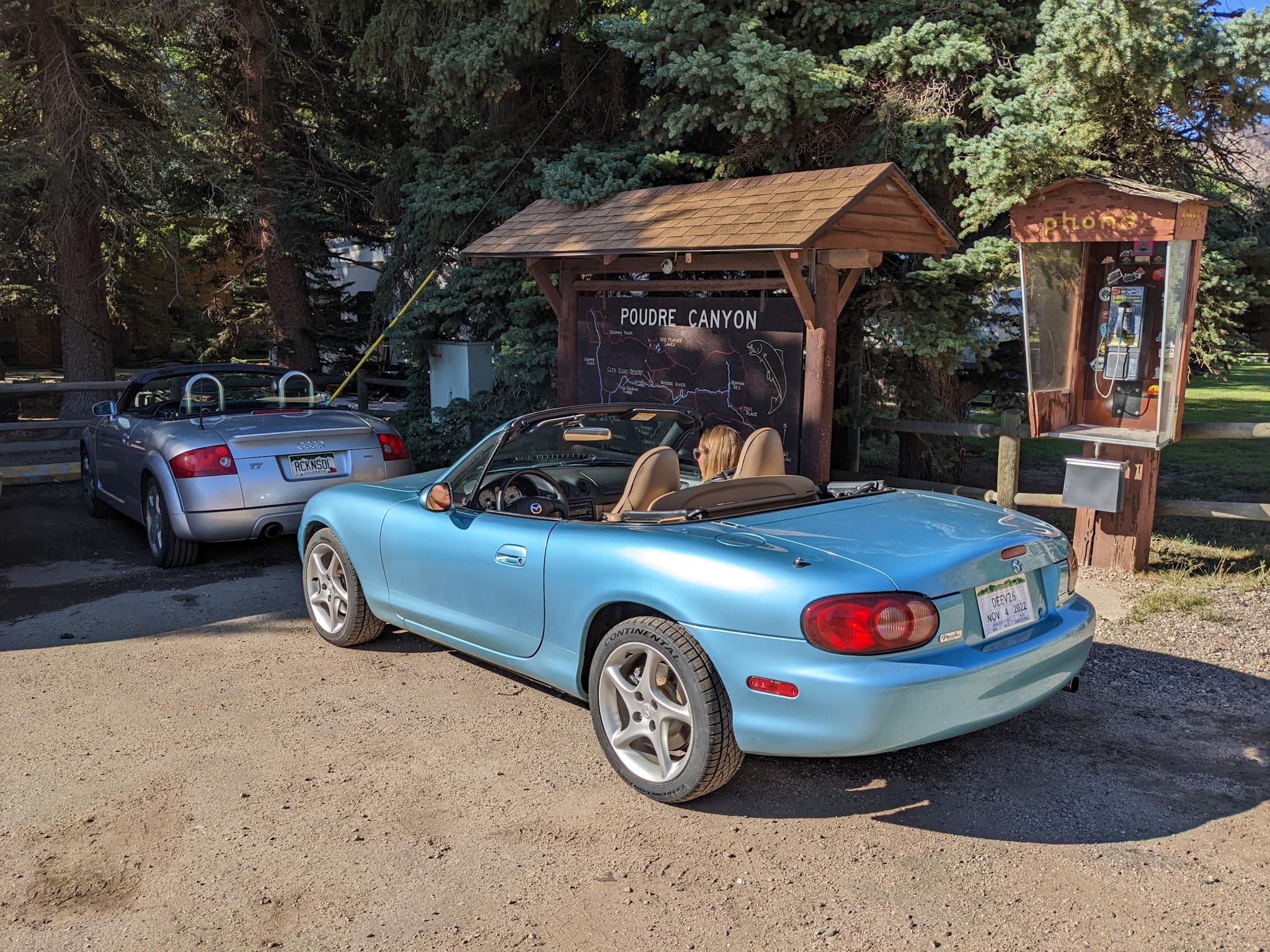 The six days we spent in Fort Collins were some of the busiest of our entire September vacation. This was not only because it’s where we had the most friends. It’s also because there was a plenty of work to do on the home I’ve been renting out as a 30-day Airbnb after I move to Pontevedra.

At least we got to visit with a lot of people and the activities such as running, biking, and kayaking. Here’s a video of kayaking at Richards Lake.

But the highlight of the trip was doing a scenic drive through Rist and Poudre Canyon with Manuel. Manuel had just purchased a 2002 Mazda Miata a couple of weeks before. The weather was good enough to drive with the tops down for much of the drive. We even swapped cars and had breakfast at the Mishawaka Inn by the Poudre River.

Despite spending more days in Fort Collins than anywhere else during our month-long trip, the trip was barely long enough to finish doing all tasks I deemed “essential” on the house, like installing a smart sprinkler timer before shutting down the irrigation system for the season. But I will be back in a few months.