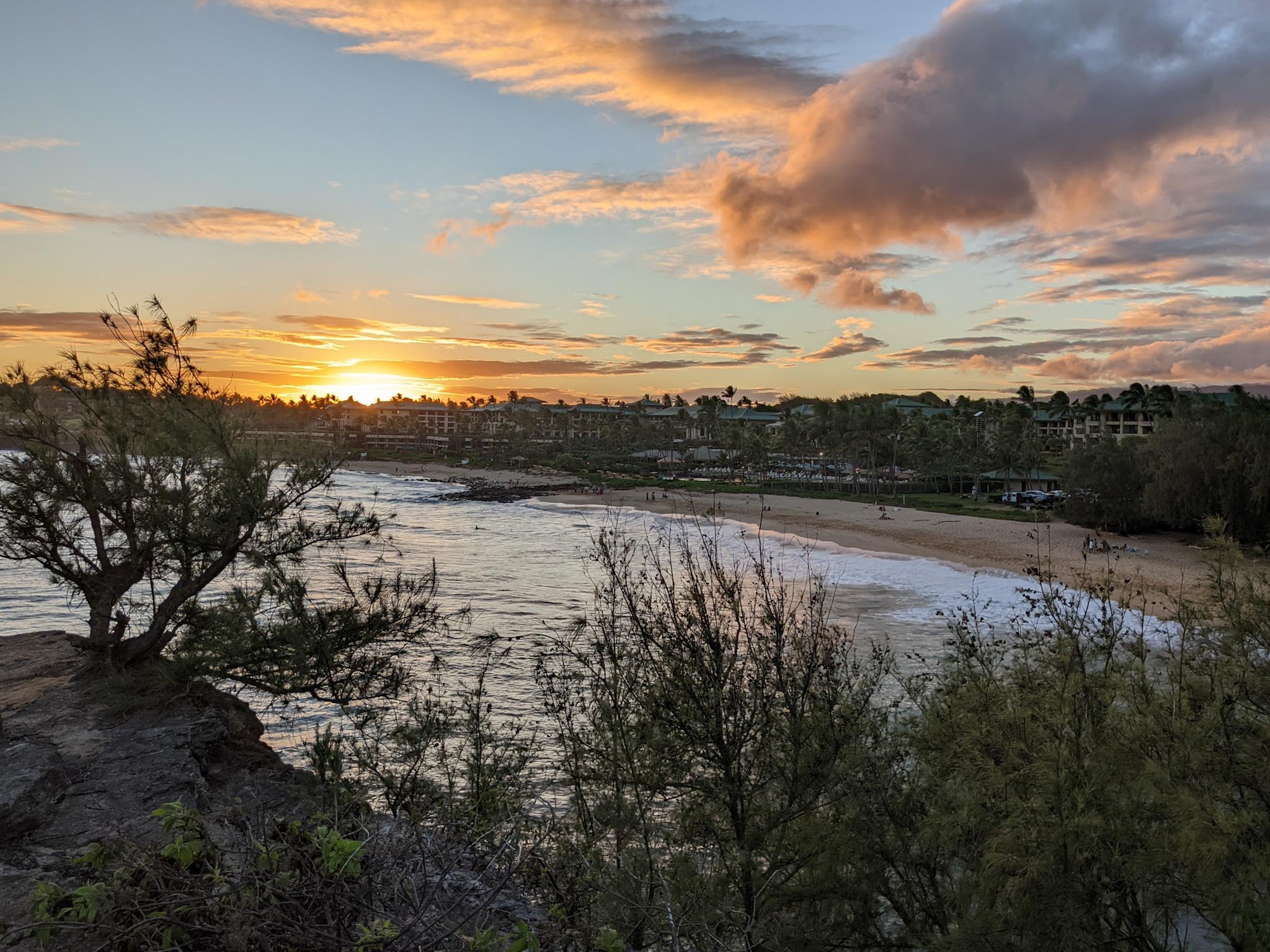 When people imagine vacationing in Hawaii, the envisioned pristine beaches with white sand, clear waters, and warm temperatures. Those expectations would not be far from the truth. Especially if you were to stay in a spectacular resort on the lush island of Kauai, as we did at the Grand Hyatt.

My friend Dave came the island as well at the same time as Andrea and I. Both of us had signed up for races–me, the Kauai Marathon, and Dave, the Kauai Half Marathon.

when we weren’t hanging out with Dave, we were hanging out at the Grand Hyatt pool or one of the many pristine beaches in Popoi. We also went to Wimea Canyon, we had to turn around somewhat prematurely when the transmission broke on our Dodge Grand Caravan rental car.

Fortunately, I was able to limp the minivan back to the airport and got Hertz to give me a V8 Camaro instead. Never mind that gasoline at nearly $6 a gallon was some of the most expensive in the nation. Chevy’s pony car was fun to circumnavigate the island, especially while we drove along the east coast up to the Na’Pali Coast.

Even better than the drive, the too humid weather, and the shave ice were the amazing views. And the Puka Dogs. The name of these hot dogs might not be the most appetizing, but they sure were good after running a very hot and hilly marathon.

I think what Andrea enjoyed the most was hanging out at the huge saltwater pool or at the beach by the crashing waves. Actually, those were two other things I liked the most about Kauai too.