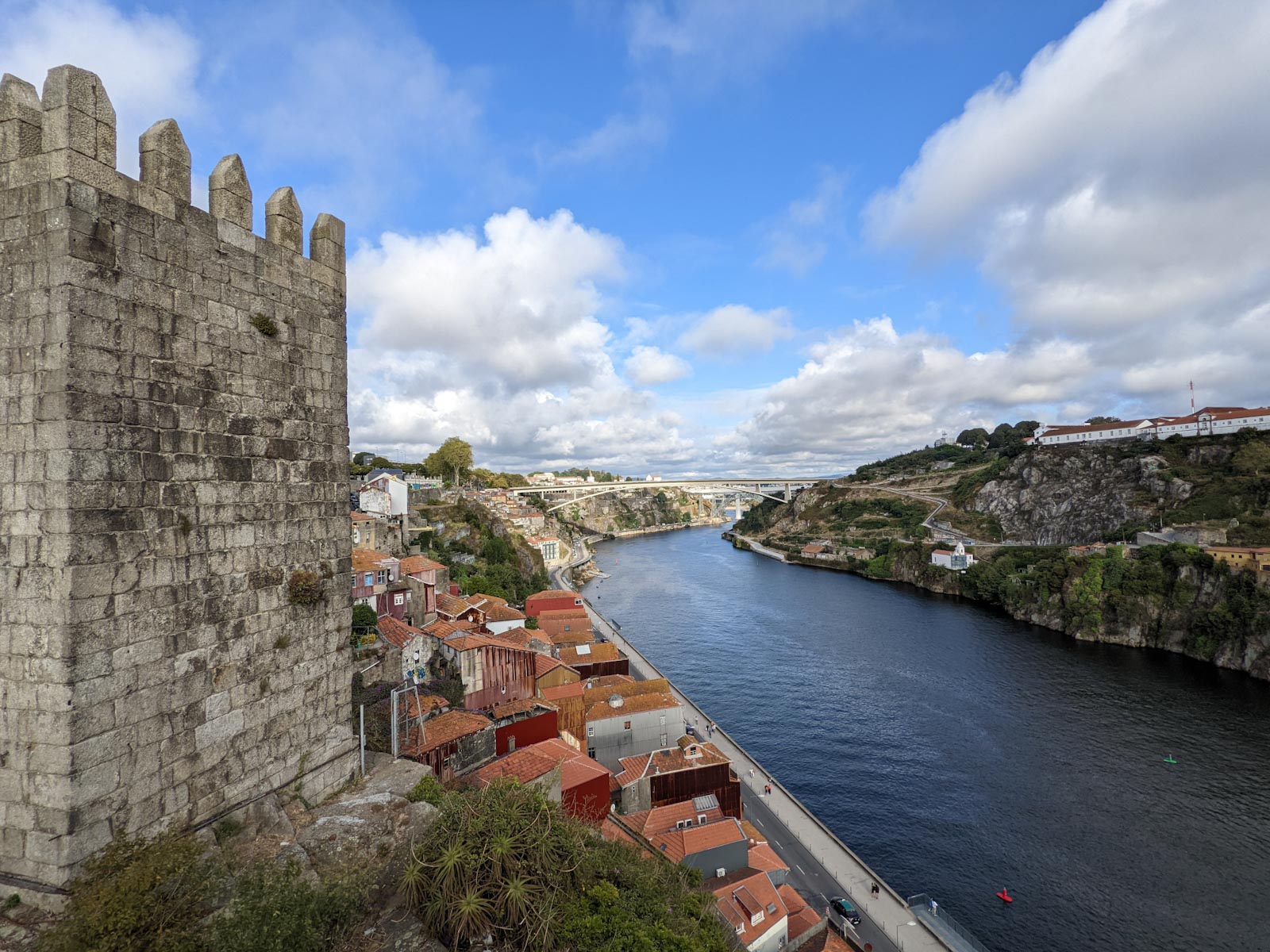 “Porto is one of my favorite big cities,” Andrea told me.

It also happens to be the closest truly international airport to where we live in Galicia. Conveniently, we can hop on a bus in Pontevedra and arrive at OPO in less than three hours. We did this to fly to Hawaii.

But since we were going to be in Porto anyhow, we made a day trip out of it. After all, I had never been there.

There were a few things I learned during this short trip:

Our best and worst experiences occurred during lunch.

We ate at a restaurant called Bufete S. Domingos and had to wait more than an hour for food to arrive. On top of that, the workers were inanimated and rude.

“Next time,” Andrea said while reading all the one- or two-star reviews for the eatery, “we should look at the ratings before picking a restaurant.” That was another thing we learned.

However, there were two musicians dubbed Acustico Freedom that saved the hour. The vocalist was doing covers of Adele but had a much sweeter-sounding voice.

During the same afternoon, we also managed to go to many other places, as shown in the photos below. Considering its proximity to Galicia, we will surely be back in Porto several more times in the upcoming years.